First things first. Our hearts and thoughts are with all of those affected by the tragic events in Paris. It’s times like this that makes you truly reflect what’s important in your life, and makes you appreciated all the little things that make life a simple joy. As for what happens now, I really don’t know, but I do hope that we start discussing the tough questions, the ones about why it has become too easy for young people to want to be, and to actually be radicalized, and also to seriously examine what the best course of action is when you’re fighting an enemy that’s mostly just an idea. An insidious, evil idea, that somehow has become far too attractive for far too many.

It’s hard to still consider anything that I usually write here important after the events in Paris, but we all have to continue doing what we have to do, what we want to do, to continue to love, to show compassion, to be kind and understanding – that’s how we show those that want to divide us that they will never win. 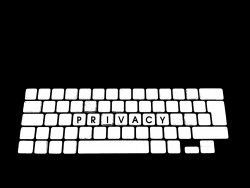 There’s no room for privacy concerns according to the MPAA

Now, I’ve written a lot over the years about the piracy issue. From time to time, when I’m especially tired or drunk or both, I accidentally write ‘privacy’ instead of piracy. So instead of writing “The MPAA hates piracy”, I might write “The MPAA hates privacy”. Fortunately, this is now much less of a problem because the MPAA now also hates privacy (not a typo).

Those pesky Europeans and their privacy laws that protect their citizen’s rights, are giving the MPAA a headache when it comes to going after the pirates. The MPAA made the complaint to the USTR, something they do every year to let the US Trade Representative know all the things that annoy Hollywood around the world. But the EU’s new directives that adds extra privacy protection to IP addresses and the removal of mandatory data retention, means that the MPAA now has to work a lot harder to get what they want. Just exactly what that is, I’m not sure, because it sounds like the MPAA is mad they’re no longer able to go after individual downloaders, but that has never worked to stop piracy, and to be fair, the MPAA has never engaged in this kind of legal activity. If they wanted to go after the piracy site operators, then they already have the tools to do that (see the Popcorn Time/YIFY story last week).

So basically, it’s just the MPAA trying to blame someone or something else for their woes. Something they’ll do again this time next year. 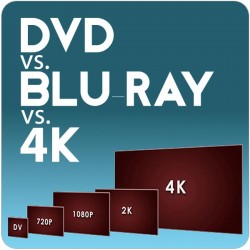 4K is gaining momentum, but discs are on the slide

Moving on to digital video stuff, it appears that sales of Ultra HD TVs have gotten off to a good start, despite the relatively small amount of available Ultra HD/4K content.

(While I’m here, I would just like to further clarify the differences between the term “Ultra HD”, which is more of a marketing term, and 4K. 4K refers to 4000 horizontal pixels of resolution, most commonly available in the resolution 4096 x 2160. Ultra HD is actually just shy of 4K, in the more accessible 16:9 resolution of 3840 x 2160 – basically double both the horizontal and vertical resolution of 1080p. The more you know!)

There definitely doesn’t seem to be the kind of price premium you usually associated with new tech that’s with 4K TV (I managed to pick up one, albeit a budget crappy one, for less than $300 just recently), and while the much needed content hasn’t yet arrived in disc form, it’s already available via streaming.

When everything was added up together, total revenue was little changed, which just goes to show that the transition seems to be going smoothly.

The October NPD results are in and once again the PS4 was the best .. wait a second, that’s not what actually happened. The Xbox One has finally managed to break the PS4’s winning streak by becoming October’s best selling console in the US market. The win was largely due to the release of Halo 5, a Xbox exclusive that always helps to drive console sales. With Forza Motorsport 6, Gears of War: Ultimate Edition, and with backwards compatibility and a major dashboard update all coming, there’s definitely some momentum building for the Xbox One. Microsoft will be hoping that these new additions in these established franchises, and the BC, will help convince the huge number of Xbox 360 owners who haven’t upgraded to upgrade.

While I’m here, I guess I also have to mention Fallout 4, considering my preoccupation/obsession with the previous game in the series. I haven’t played the game yet, haven’t even purchased it (other than the Xbox One Pip-Boy edition in order to get the Pip-Boy – the PS4 and PC editions were sold out when I found out about it, so I had to make do with the Xbox One edition even though I don’t own a Xbox One) – I will do both when I get some free time, and if I managed to get more free time, I might even play it on my brand new dream gaming PC that I plan to build from scratch (a side project that I’ve been eyeing for some time now).

That’s it for the week. See you next week.

This entry was posted on Sunday, November 15th, 2015 at 8:06 pm and is filed under Copyright, DVD, Electronics, Gaming, High Definition (Blu-ray/HD DVD/4K), Movies, News Roundup, NPD Analysis, PS3, PS4, Video Technology, Xbox 360, Xbox One. You can follow any responses to this entry through the RSS 2.0 feed. Both comments and pings are currently closed.