Gonna be a short one this week, as news just wasn’t that forthcoming. While I was scouring the web for news, I did manage to do a bit of informal research on PCs, specifically gaming PCs. To my surprise, a decent rig these days is still quiet expensive, if not even more expensive than a few years ago when I last did my research. Lower volume sales of PCs and component equals higher prices? Perhaps, but I was also surprised that the range of products available hasn’t really reduced as a result, in fact, it seems to have increased. It all seems fairly unsustainable, but I still have a soft spot for PC gaming that I can’t quite get rid of, even if the value proposition (compared to say buying a decent game console like the PS4 or Xbox One) is probably at its lowest ever.

On with the news … 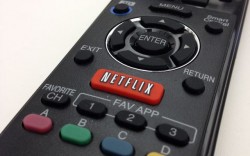 A new study from Sweden once again confirms that pirates are the best customers. Or more precisely, those that love music and movies will buy more than the more casual listener/viewer, but they will also illegally download more content as well.

Also not particularly surprising was the finding that legal services, like Netflix and Spotify, have really shaken up the piracy market place, and that almost a majority of users now readily pay for content compared to when these legal services weren’t available. So it’s clearly a case of people willing to pay for content, but only if the “right” service (right in terms of pricing, usability) is there to deliver it. And as for the argument of users only migrating from being leechers on piracy networks to being leechers on Spotify’s free plan, this doesn’t seem to be true as 54% of online music listeners are happily paying for content in Sweden (40% for video, up from only 14% just a year ago).

Of course, the money these users are paying might not all end up in the hands of the major labels and studios, but it’s hardly the fault of Spotify and Netflix that not only do they exist, but also exist outside of the control and ownership of these very same labels and studios. In other words, had the MPAA and RIAA members spent less time suing single mothers and students, and instead invented their version of Netflix and Spotify, they would be the ones making most of the money right now.

But it’s always easier to go after pirates than to actually come up with a good idea, even if one ends up being a futile game of whack-a-mole. Case in point, for all of the MPAA’s efforts in closing down Popcorn Time and YIFY, alternatives to both have already sprung up, and not before long, it will be business as usual for Popcorn Time users. The MPAA can close down these new alternatives too, but new ones will spring up. And eventually, the game shifts to the next level when someone invents a new further decentralised variation of Popcorn Time that will be much harder to shut down, just in time for the next Netflix or whatever to be launched by a tech company that completely disrupts the market.

Looking forward to it! 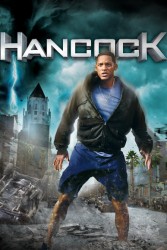 I guess it’s unfair to say the MPAA studios haven’t tried to innovate when the official launch of Ultra HD Blu-ray is nigh. It may not be the best kind of innovation, or the kind of innovation that actually meets user demand (for all things digital and not on disc), but at least it’s something. Not so impressive is the launch titles for the new disc format from Sony, which includes The Amazing Spiderman 2′, ‘Chappie’, ‘Hancock’, ‘Pineapple Express’, ‘Salt’ and ‘The Smurfs 2’. Hardly screams “must-have”.

But it’s not easy for Sony though, it’s not as if they have franchises like ‘The Avengers’ or ‘Star Wars’ or ‘Jurassic Park’ to exploit – these were the best they could do in 2015, and it’s too soon for ‘Spectre’ to be released on disc.

Still, I think the best way to view Ultra HD Blu-ray is to view it as a niche format for home theater enthusiasts and collectors. Market it like this, complete with disc packages that reflect what the typical UHD BD user wants (so more collector’s box sets), and they will be much more successful than trying to market it as a mass media format for the Average ‘Walmart’ Joe. Joe will most likely watch the same movie via streaming and download, or on DVD/Blu-ray.

And that’s that for the week. I’ll continue to do my research on the latest PC hardware (more out of interest than anything else), and see how much my potential gaming rig will cost me (right now it stands at $1500 just for the CPU, motherboard, RAM and GPU, and I could have easily doubled the amount if I wanted to). See you next week.

This entry was posted on Sunday, November 22nd, 2015 at 4:00 pm and is filed under Computing, Copyright, Gaming, High Definition (Blu-ray/HD DVD/4K), News Roundup, Video Technology. You can follow any responses to this entry through the RSS 2.0 feed. Both comments and pings are currently closed.