Sorry about the lack of an update last week. Apart from a personal engagement that took a lot of time out of my schedule, the fact of the matter was that it was a very very quiet week and there was nothing to update on. Not so much this week though, as there’s plenty to talk. Like London buses. 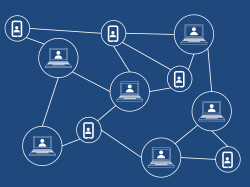 The first bus to arrive has to do with the new technology that everyone’s talking about lately: Blockchain. A new start-up wants to use the technology behind Bitcoin to allow people to resell their digital purchases, specifically movies. The people behind the digital store Robot Cache plan on using Blockchain to ensure that each unique copy of the movie/license could only be used/activated by one owner at a time. And this would facilitate the resale of digital content without the need for some kind of heavy handed DRM.

Assuming the technology actually works, which may be a big assumption at this stage, there’s no way rightsholder would allow this plan to come to fruition. A digital resale market would violate the terms of service, no doubt. And the way Robot Cache may do it might cut rightsholders from getting a share of any revenue coming from such an enterprise, which the rightsholders also wouldn’t like. And finally, allowing resales could hurt direct sales, which again is something rightsholders would be up in arms about. So to sum up, rightsholders not happy!

But let’s forget about them for a second, is something like this a good thing for the consumer? You bet it is! We have the right to resell almost everything else we buy, so if the technical problems associated with reselling digital copies can be solved, why shouldn’t we have the right? Sometimes I feel, as consumers, we’ve been robbed of our rights when it comes to digital content. Just because it was new and different when it first came out, and that piracy was an issue, we lost the right to refunds, exchanges and resale. We’ve got some of it back, for example the ability to get a refund on Steam, but it’s been slow and hard work to claw back what was ours to begin with. So if something like Blockchain can help us get our rights back, then I’m all for it! 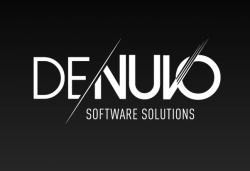 Denuvo in the headlines again

Another thing I’m all for is to see if the latest version of Denuvo can be cracked and removed. I’m not advocating this from a piracy point of view, but just as a curiosity given the claims of performance issues that some gamers have raised about this version of Denuvo – by removing Denuvo and then doing a side-by-side comparison, it will finally prove or disprove the theories surrounding Denuvo’s performance drain.

My wish was almost granted, but in the end, not really, as a workaround of sorts have been found for this latest version (version 4.8). But instead of cracking and removing Denuvo, the workaround simply disables most of Denuvo’s anti-tampering functions, and makes piracy possible for the game ‘Sonic Forces’. So while Denuvo is no longer doing what it’s supposed to do for ‘Sonic Forces’, it still does run in the background taking up resources, and so there’s still  no definitive answer to Denuvo’s potential performance issues, at least not yet.

In other Denuvo news, the company behind it has been acquired by global anti-piracy outfit Irdeto. This change is unlikely to affect Denuvo’s day to day operations though.

In gaming news, the eagerly anticipated (well, at least from me) December video games sales data has been released by the NPD, and in the US, it was Nintendo’s Switch that was clearly on top. This marks a great start for Nintendo’s latest console, and sets a new record as well for being the fastest selling console in US history.

When the Switch was first announced, I thought then that either this would be a brilliant gamble by Nintendo, or one of the biggest fails ever. Either people wanted a home based console that they can also take on the road, or it ends up being people’s idea of an under-powered portable console that’s been jerry-rigged to hook up to your TV. I think in the end, most people ended up in the former group.

In the same NPD report, the Xbox One did manage to beat the PS4 to second spot. The Xbox One always seems to have a good Christmas, but it hasn’t stopped the PS4 selling twice as many units so far.

If my calculations are correct, we’ve come to the end of another WNR. Hope you enjoyed reading this issue. See you next week!

This entry was posted on Sunday, January 28th, 2018 at 8:30 pm and is filed under Copyright, Gaming, News Roundup, Nintendo Wii, Wii U, Switch, NPD Analysis, PS3, PS4, Xbox 360, Xbox One. You can follow any responses to this entry through the RSS 2.0 feed. Both comments and pings are currently closed.