2018 has properly started, and the reason I say this is because there are actually some news stories to talk about this week. Some news stories, not necessarily the best or most interesting news stories, but you know what, I’ll take what I can get after the last couple of quiet, quiet weeks.

Lets get this thing started.

Spotify: Good for the consumer, or is it more of the same?

Netflix and Spotify have been labeled as a solution to the piracy problem. To be fair, this label has been mostly applied by the PR people at Netflix and Spotify, as the industry do not necessarily see these services as any kind of solution, at least not one that benefits them. For people who are file sharing though, both do represent a new way to get their content, legally, and in the case of Spotify, for free as well.

But according to one of the founders of The Pirate Bay, people shouldn’t be lulled into a false sense of security over the emergence of Netflix and Spotify, because for file sharers, these are not solutions but something much worse.

Peter Sunde says that the whole point of file sharing was to decentralise not only the way content is distributed, but decentralise the way it is controlled by of a powerful few. And Sunde says that with Netflix and Spotify, this problem hasn’t gone away, if anything, it’s become a little worse.

This is because the same companies that controlled things before still controlling things now, either through being shareholders of streaming platforms, or because they have agreements with them that sets the rules on how things are done. “The dependence is higher than ever,” says Sunde.

It’s hard to argue against Sunde’s concerns though, but I will add this. Through Netflix and Spotify, we as consumers are getting something that’s a little bit closer to what we want, and that’s a positive change. Because the “dependence” is still there, there is always the risk that we will lose what we’ve gained, but that’s why we, as consumers, have to be vigilant and not simply accept changes that are not to our benefit. And this is why piracy is actually a useful tool for consumers, because it’s something that’s always going to be there to force the major labels and movie studios to at least try and give us what we want, or else we have alternatives. The danger is that, through the loss of Net Neutrality and the invention of new technical measures, we might lose this alternative, this competitive pressure that forces the market to produce better products for us. And when that happens, we will no longer get a choice in how we get to consume content (and at what cost), and that will be a bad things from a consumer’s point of view (and eventually a bad thing for the entire industry if consumers become disinterested). 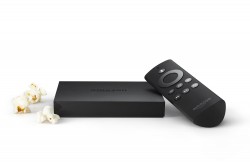 Speaking of the powerful few acting badly and hurting consumers in the process, Google and Amazon’s little dispute is now causing major problems for users of Amazon’s Fire TV device – they can no longer use YouTube! Google has accused Amazon of abusing its market power by not properly selling Google’s range of products on their website. In addition, Google says Amazon is refusing to add Chromecast functionality for its Prime streaming service. It all adds up to Amazon not playing fair with Google in an attempt to promote its own competing products (Fire and Echo range, which competes with the Chromecast and Google Home range), at least that’s what Google claims.

Google may have a point, but the next move by the Google seems a bit petty – they have banned Amazon’s Fire and Echo devices from working with the YouTube app. This seems to have forced Amazon to start selling the Chromecast again, but an agreement that settles this issue once and for all seems to be far away.

The problem is that Amazon is both a service provider (in this case, a retailer that helps sell your products) and also a product manufacturer. It’s not in Amazon’s interest to sell tons of Chromecast and Home devices in its store, because it will have come at the expense of its own Fire and Echo range. On the other hand, if it promotes its own range at the expense of other products, it’s failing in its duty as a service provider to these other manufacturers (in this case, Google).

But Google shouldn’t feel they have the moral high ground on this. Google does exactly the same thing with its search engine and app store. Google has been accused of favoring its own websites and services, YouTube or Shopping, over other competing websites when people search for something related. In this case, Google is both a service provider and a “manufacturer”, and it both provides a service for website owners and competes with them in the same space. It’s exactly the same thing that Amazon is doing, except when it’s good for Google, it’s not evil.

In the end, consumers are the ones being hurt, and again this comes from companies getting too big, having too much control over what we consume and how we consume it.

Sometimes though, big companies get together not to take away our choices, but to give us more. But this usually isn’t because they’re doing it out of the kindness, but it usually means that their own self interest has been affected in some way. And this is why Apple is joining the Alliance for Open Media to push the AOM’s AV1 video format, not because they truly want an open format, but because if AV1 succeeds, it will mean less royalty payments going forward for them (although Apple may already receive royalties due to patents owned by them from HEVC, AV1’s main competition, they will probably still end up paying less if a truly open format becomes mainstream).

For those who like to tinker around with video stuff, having another format like AV1 is great news. It’s still early days though, as hardware support (for both encoding and decoding) is severely lacking. For consumers, it probably doesn’t mean much – the money saved by companies not having to pay HEVC will not get passed down to us. And companies most likely won’t be able to escape HEVC completely, because too many applications already use it.

Sorry to go all cynical on you in this week’s WNR, but I definitely didn’t intend to go this way at the start, but that’s where we ended up. Funny how these things work.

I’ll try to remove the cynicism from the next story though, even though there are obvious places where one can insert a eye roll or two. Unlike with the PS3, Sony has been very open to releasing sales data for the PS4 (I wonder why that is *rolleyes*), and it’s announced that 74 million PS4s have now been sold, making it the 10th best selling console of all time.

Despite these healthy numbers, and a very good holiday sales period (5.9 million PS4s sold around the world), most of the positive news stories has been focused on Nintendo’s Switch, which has sold more than 10 million units in just 10 months. It’s selling faster than the Wii was selling, and if it lasts, it could outsell the PS4 eventually. Sometimes it’s easy to forget that the PS4 is already more than 4 years old!

And with that, we come to the end of another WNR. See you next week when I promise to be far less cynical!

This entry was posted on Sunday, January 14th, 2018 at 4:20 pm and is filed under Copyright, Electronics, Gaming, High Definition (Blu-ray/HD DVD/4K), News Roundup, Nintendo Wii, Wii U, Switch, PS3, PS4, Video Technology, Xbox 360, Xbox One. You can follow any responses to this entry through the RSS 2.0 feed. Both comments and pings are currently closed.