With the holidays slowly coming to an end, there’s a bit of news this week, but only a bit. And to be honest with you, neither of the stories this week are the “freshest” in that they came out a while ago and I’ve only decided to cover them now because there’s not much going on really.

So without further ado …

It’s the single story that has given us plenty to write about last year, but with the U.S. Copyright Office seeking submissions for changes to the DMCA, it’s an opportunity for interested parties to have their say, regardless of which side of the copyright divide they happen to be on. For filmmakers, you would think that they would be on the pro-copyright side of things, considering how piracy affects their livelihood. But for some filmmakers, it’s the existing copyright protections that are harming their creative rights and their ability to produce the kind of work they want.

It has been generally accepted practice for documentaries to be allowed to use existing footage even if it falls foul of copyright issues. This is why there’s an exemption to allow documentary filmmakers to rip DVDs and Blu-rays (and Netflix even), to use existing commercial footage for criticism or analysis. 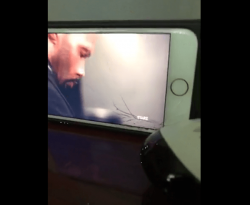 But this locks out other filmmakers from being allowed to do the same for their non documentary work. And with the barrier between genres breaking down all the time, work that can be considered both a documentary and drama lies in a grey area where filmmakers run the risk of being sued if they rip and use existing works. This is why filmmakers are now calling for more clarity, and leeway, when it comes to ripping and using footage, even if the work in question is not strictly a documentary.

Funnily enough, the MPAA are not against filmmakers using existing footage if the work calls for it, but they are still firmly against any softening of existing copyright laws. How does this seemingly contradictory viewpoints translate to the real world for the MPAA? Easy, simply play the copy protected video as you would on a TV screen or a tablet, and then use your camera to tape that. I mean, I’m sure plenty of Oscar nominated films have done it this way, who can forget the parts of ‘Argo’ where it somewhat awkwardly cut into recorded footage of something playing on a iPad (I’m assuming taken by Ben Affleck holding a camcorder) and how that totally didn’t take you out of the a story set some 31 years before the first iPad was released. Argo f*** yourself, MPAA.

Google now actively blocking new piracy links from appearing, just not removing the ones already in its index

Speaking of effing yourself, Google might be doing just that with their latest anti-piracy move to preemptively block piracy related links. Going above and beyond what the DMCA calls for, Google will now block links that it hasn’t even indexed from ever appearing in Google’s search results, and many rightsholders are already taking advantage of this new way to block links.

I always hate the slippery slope argument, because you can use it to justify any objection to anything new, but it seems Google is getting closer to accepting the idea of “take down, stay down”, because part of that idea is to also make Google take down links that may not yet exist. But as long as Google stays firms on the condition that it has to be rightsholders that come up with the link in the first place, and not place the burden on the service provider to identify the infringing links, then the DMCA system is safe.

But then, in the same news piece, Google is advocating the use of A.I. in piracy take-downs, and that’s also worrying. Is A.I. going to be used to detect and preemptively block links, and if so, then isn’t that take down, stay down in practice?

This film is not going to go the way you think

Before I go, I just thought I would wade into the Last Jedi controversy. I saw the film two weeks ago, and unlike many fans, I wasn’t offended by the film. I actually quite enjoyed it, and this is coming from someone who watched the pre Special Edition original trilogy about 30 times each when I was growing up. Yes, there are scripting problems, plot holes the size of a Mega Dreadnought, and some scenes are more ridiculous than miraculous (if you’ve seen the film, then you’ll know which one I’m talking about). But what it did well, I thought it did brilliantly and I can see why the critics liked it. Without spoiling things, I thought it was a thematically strong film (that really deserves a repeat viewing) that questioned the very nature of what it means to be a hero, to be a legend, and drew some really clear parallels with the political situation in the United States. Resistance has to be more than just about slogans, identity politics, and a cult of personality based on supporting political dynasties, and it’s easy to get trapped in your own opinion bubble oblivious to the real struggle and the real reason why people are in need of change. A tiny not-really spoiler, but Finn learns this along the way with Rose, and at the end, everyone gets it. Even themes of toxic masculinity gets a brief airing in the story involving Poe.

Obviously for people who saw these things in the movie but disagreed with the film’s stance on these and many other issues, will find a way to hate the movie, because the film itself is far from perfect. Just like all the Star Wars films.

That’s enough ranting and political soapboxing for now. See you next week!

This entry was posted on Sunday, January 7th, 2018 at 12:24 pm and is filed under Copyright, Movies, News Roundup, Video Technology. You can follow any responses to this entry through the RSS 2.0 feed. Both comments and pings are currently closed.