Back again after another small break last week. I actually flew to Sydney to watch my beloved Arsenal play, and it was a great trip. Luckily, not too much happened in terms of news, so we can just continue on this week as if nothing has happened (and nothing did happen, I promise). 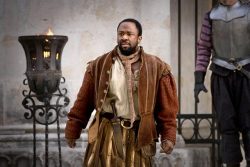 The only real pirate *in* Game of Thrones, but lots of pirates *for* the show in real life

Winter has truly come here in Australia, and it has also come to Westeros. While a little bit later than usual due to the shortened season, the season premier of Game of Thrones has once again caused a piracy frenzy. While lots of people are still illegally downloading to find out what Arya, Jon, Daenerys, Cersei et al. have been up to, not as many people are doing it via torrents, it seems.

Just like with legal viewing options, streaming seems to be taking over. And it’s not hard to see why. Streaming is more convenient, works better on mobile devices, does not require extra time to download, and most importantly, is less likely to cause the viewer legal problems.

So for all the effort rightsholders have put into going after torrenters (and HBO have already started to crack down on them for the season 7 premier), the only net effect it seems is to drive them to find alternative ways to pirate, ways that can’t be monitored. If anything, this has helped to create piracy solutions that are actually much more convenient that before, and possibly more convenient than the legal streaming options. And this is not a good thing.

The piracy surge was also made worse by HBO’s servers meltdown. In Australia, our only legal source for the new episode had its own technical difficulties with many unable to stream the show during prime time viewing hours. Making piracy look like the better option (irregardless of the price), again, not a good thing. 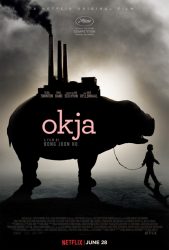 Also not a good thing, according to legendary director Christopher Nolan, is Netflix. Or more specifically, the way Netflix likes to release its original theatrical productions in theaters and also online at the same time. The director behind big blockbusters such as ‘Interstellar’, ‘The Dark Knight Rises’ and the more recent ‘Dunkirk’ thinks it’s a rather pointless exercise to do simultaneous releasing, at a time when all the major studios are trying to find ways to bring forward digital releases.

Instead, Nolan says that Amazon’s approach of having a 90 day exclusive window for releases before it becomes a free-for-all on their own streaming platform is the way to go.

While I do agree with Nolan that the theatrical experience is unique (and you have to say, Nolan’s films deserve to be seen on the biggest screen you can find), giving movie lovers another option via streaming is ultimately good for the consumer and a great way to fight piracy. But Nolan touches on a great point in that the “straight-to-Netflix” release isn’t too far from a “straight-to-video” release, and it devalues the film in question. It makes me feel like the movie must not be a very good one if it’s already straight to Netflix, even though in many cases, it’s probably a pretty good one if it doesn’t star Adam Sandler (I kid, I kid, but also not really?).

Still, there hasn’t been a Netflix original movie that’s on the scale of something like ‘Dunkirk’, and there may never be, simply because not even Netflix would want to risk releasing such a high budget movie direct to streaming, for fear it may anger the cinema chains as well as the previously mentioned “cheapening” effect.

PS4 back on top after a few months of Switch fever

The Nintendo Switch’s honeymoon period is well and truly over, with the PS4 getting back on top not just in May, but also for June’s NPD report. It was, according to the NPD, the best June ever for the PS4. Sony will be hoping the momentum will carry them through and past the release of the (potentially too expensive) Xbox One X towards the end of the year. Otherwise, the introduction of a “real” 4K game console could reverse fortunes for Microsoft, who have never really recovered from their “all our games are digital, and you can’t trade them – plus our console is clearly not as powerful as the PS4” SNAFU from before the Xbox One launch.

That’s all I have for you this week. Much better than the nothing from last week, I hope. See you next week.

This entry was posted on Sunday, July 23rd, 2017 at 2:58 pm and is filed under Copyright, Gaming, High Definition (Blu-ray/HD DVD/4K), News Roundup, Nintendo Wii, Wii U, Switch, NPD Analysis, PS3, PS4, Video Technology, Xbox 360, Xbox One. You can follow any responses to this entry through the RSS 2.0 feed. Both comments and pings are currently closed.