I’ve been catching up on my list of “to watch” movies, both on Blu-ray, and on my Netflix “My List”. I really wish there was a separate genre for disturbing or depressing films, instead of lumping them all together in the drama genre. It doesn’t feel right that movies as different as ‘Rise of the Planet of the Apes’ and ‘Enough Said’ both belong to the drama genre (at least according to the IMDb), or that a film as disturbing as ‘Blue Jasmine’ would also belong to the comedy genre. I watched ‘Blue Jasmine’ after back-to-back sessions of ‘City of God’ and ‘Inside Llewyn Davis’, and if I hadn’t watched ‘The Muppets’ in between, it would have seriously disturbed my mood (and even so …). Be very careful when choosing to watch a drama, that’s my tip for the week.

(‘Enough Said’ was pretty sweet though, so it was a real mood redeemer thanks to great performances by the late and great James Gandolfini and Julia Louis-Dreyfus)

And yes, I did have time to do (some) work in between epic movie sessions.

Quantity over quality, may be the strategy behind some rightsholders choosing to use Google’s DMCA process over more effective systems

This week TorrentFreak investigates why rightsholders are choosing to use ineffective Google DMCA take-downs as opposed to more efficient take-down tools, specifically the British based BPI. On one hand, rightsholders are submitting millions of take-down requests for URLs that are almost instantly recreated, but are refusing to work with tools that not only take down actual content/files, not links, but also keep them down.

One of the targeted file hosts, 4shared, is using a tool that is now owned by Spotify, that allows rightsholders to request any specific piece of content to be taken down – the tool will then automatically remove all related links to this piece of content, and even prevent future links from being created on 4shared. So it’s curious as to why the BPI and other rightsholders aren’t using this tool. 4shared thinks that the decision comes down to a public relations one. Millions of take-downs make better headlines than say working with a file host that you’ve been publicly admonishing, using a tool that makes piracy take-downs seem almost trivial. Piracy is supposed to be this billion dollar a year headache that cannot be solved without basically giving rightsholders total control over everything, so there is a need to be able to show how big the problem really is, and millions of taken down links will do that. The fact that these take downs are part of an endless game of copyright whack-a-mole, doesn’t really matter, neither is the fact that this does nothing to win the war on piracy.

It’s hard to win when you actually don’t want to win. 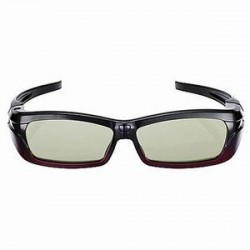 Meanwhile, Netflix this week announced that they’ve broken through the 50 million users barrier, with nearly 14 million outside of the US. Revenue was up 25% as well, compared to last year, as the company focuses less on securing expensive licensing rights to films and TV shows, and more on original content.

Back to physical media, Microsoft this week announced that Blu-ray 3D support will finally be added to the Xbox One console, and a couple of days later, Sony followed with a similar announcement for the PS4. The PS4’s Blu-ray 3D support will arrive a little earlier than the Xbox One’s – next week versus some time in August. The one-upmanship continues for these two console heavyweights, which I guess is a good thing for the consumer.

Thus far, the lack of Blu-ray 3D support has been a bit more embarrassing for Sony than for Microsoft, considering Sony’s close links to the Blu-ray format (ie. it’s their format). So the update, coming via firmware version 1.75 next week, is most welcomed.

And if Sony can bring back DLNA support to the PS4, then I can finally start thinking about upgrading my PS3.

It’s that time of the month again, and the NPD report for June shows a marked improvement for the Xbox One, thanks to the Kinect-removing inspired price drop, while the PS4 was still the best selling console for the month (that’s 6 months in a row). 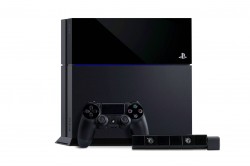 The PS4 is still beating the Xbox One, despite sales doubling in June for the latter

Xbox One sales doubled in June compared to May according to Microsoft, but they’ve not been as willing to release sales data ever since they stopped having the top selling console (funny that). And so without knowing the May results, it doesn’t really tell us much. The only thing we know is that it wasn’t enough to allow the Xbox One to beat the PS4, and Sony will be really pleased with that.

Nintendo are happy too because the Wii U sold 140,000 units, which is a 233% improvement compared to the same month last year. There seem to be a new air of optimism for the Wii U, following the release of the new Mario Kart game, but it will take some time to confirm whether the recent sales bump is a sustaining one.

So everyone with some good news to report in June!

That’s all for this week. See you soon.

This entry was posted on Sunday, July 27th, 2014 at 4:54 pm and is filed under 3D, Copyright, Gaming, High Definition (Blu-ray/HD DVD/4K), News Roundup, Nintendo Wii, Wii U, Switch, NPD Analysis, PS3, PS4, Video Technology, Xbox 360, Xbox One. You can follow any responses to this entry through the RSS 2.0 feed. Both comments and pings are currently closed.