Happy Easter! May you have success hunting for the chocolate flavored seeds of a perculiar non-mamalian species of Lepus curpaeums. Another slow week, I guess Easter had something to do with it.

So let’s get on with it then.

Not content with the goodwill garnered from threatening downloaders with lawsuits in order to extract “pre-trial settlement” fees, “copyright monetization” firm Rightscorp has again made headlines this week against after its COO Robert Steele launched a broadside at BitTorrent Inc. No, not the BitTorrent network and its piracy connections, but the company that invented the network, and also publishes the uTorrent client.

In a Facebook rant, Steele accused BitTorrent Inc of “driving and facilitating piracy” and says the company is profiting from piracy in the same way the now defunct Limewire and Napster were. Strangely, Steele also attacked the decentralized architecture of BitTorrent, in particular the use of trackers, which he says was a way for BitTorrent Inc to avoid the kind of legal trouble that came out of LimeWire and Napster’s centralized systems.

Of course, it’s BitTorrent’s decentralized and public trackers that allows companies like Steele’s own Rightscorp to make their money, money they could not make if piracy also did not exist on BitTorrent networks. Sounds like to be me they should be thanking BitTorrent Inc and the file transfer protocol they invented.

And that’s what BitTorrent is – a file transfer protocol not unlike FTP or HTTP. The latter two can also be used for piracy, and they are (and FTP was certain the pirate’s choice back in the early days of the ‘net’). But uTorrent is really just a client for this protocol, not unlike the Chrome browser for HTTP and FileZilla for FTP. People download heaps of pirated stuff via Chrome every day, all un-monitored by the way by companies like Rightscorp, so where’s the outrage?

I’ll be the devil’s advocate for a second and make the argument that the proportion of legal data transfer via uTorrent is a lot lower than the proportion of legal data transfer for Chrome or FileZilla, and that despite there being tons of legal stuff available on BitTorrent networks, most people use it to download pirated content. But at the end of the day, BitTorrent just an unsexy file transfer protocol, and it’s silly to be so emotionally charged at something so boring, especially if you’re making money off people using it in the wrong way.

So it’s probably not great timing for BitTorrent Inc that another big piracy story of the week was Game of Thrones breaking yet another BitTorrent downloading record, with 193,000 simultaneous file sharers for one unique copy of the second episode of season 4. The previous record, set by last year’s season finale, was around 170,000. The second episode, which features the heavily anticipated “purple wedding”, also easily beat the season premier’s 140,000. Remember, these figures are only for the most active torrent, as usually there are dozens of different torrents for the same episode.

Australians were again the most enthusiastic downloaders, followed by the U.S., U.K., Canada and The Netherlands. The high price of watching the show legally here in Australia not only makes it not affordable for some, I think it also gives the rest (even those that can afford it) moral justification for pirating, whether rightfully or jofferily.

Is the Xbox One in trouble? Not in trouble as in “Wii U” trouble, but trouble as in Microsoft losing their grip on the only market in which their console is the dominant force? Titanfall was supposed to be the title that allowed the Xbox One to gain supremacy over the PS4, but while it was the best selling game for March, the PS4 still managed to retain its crown as the most popular console in the U.S for the month (according to the latest NPD figures). That’s three month in a row. 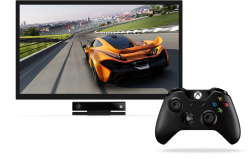 Is the Xbox One in trouble? The early sales results seems to suggest so …

The U.S. was the only major market really where the Xbox 360 comprehensive beat the PS3. Worldwide, the situation was mostly the opposite. But after Microsoft’s DRM SNAFU and pricing stupidity cause by a bad case of force-Kinect-on-gamers-that-don’t-want-it-itis, the Xbox One looks like to have lost the N.A. market. It’s still very early, but the trend is pretty clear and the Xbox One will find it difficult to shake its image of being an inferior console that’s also $100 more expensive (even if the reality isn’t nearly as dramatic).

An early price cut could be a double edged sword though. It could get the Xbox One back into the game, but it could also reinforce the idea that the Xbox One is a bit of a loser, one that is struggling to fight off the all powerful PS4. I still vote for a price cut, mainly because it’s good for consumers and there’s nothing much else Microsoft could do at this time. If they could somehow get rid of Kinect and then lower the price to be $50-100 lower than the PS4, then that could be a game-changer. Because it’s still a very powerful game console that has a lot of great media features, and one that will get all the good games and then some, let’s not forget.

As for the other consoles, the Wii U is still struggling at around 70,000 units sold, behind the Xbox 360’s 111K. The last-gen is falling away quite spectacularly sales wise, which is a lot to do with the perceived value of the new-gen consoles (which are a lot cheaper than equivalent models from the last gen this early in its life cycle). I think we’re still awaiting some must-have games before next-gen sales skyrocket – not necessarily exclusives, but games that really show off what the next-gen is all about.

That’s it for another rather short WNR. Have a Happy Easter, don’t eat too much chocolate, and see you in a week.

This entry was posted on Sunday, April 20th, 2014 at 4:42 pm and is filed under Copyright, Gaming, News Roundup, Nintendo Wii, Wii U, Switch, NPD Analysis, PS3, PS4, Xbox 360, Xbox One. You can follow any responses to this entry through the RSS 2.0 feed. Both comments and pings are currently closed.