Oh Heartbleed, you stupid annoying thing. While none of Digital Digest’s servers used the vulnerable OpenSSL versions that is now responsible for the biggest IT crisis since the Y2K bug, you’d have to be a under-rock living Luddite to not have been affected by this horrendous bug, no matter how much you try to convince yourself that everything is still fine. The weird side effect is that people now generally know much more about OpenSSL and overflow bugs than they need to (and if you need a quick refresher, refer to xkcd).

There were other news too!

A new season of GoT: More nudity, larger dragons, and more pirates (of the downloading variety)

The only thing more predictable than the far too frequent appearance of gratuitous nudity in Game of Thrones episodes is the fact that a new season of it will break piracy record, and the season 4 debut did not disappoint. 300,000 simultaneous downloaders at its peak (not to mention the million downloads that took place in less than half a day), up from 160,000 a season ago, is a feat almost as amazing as the building of The Wall.

Australia once again led all other countries in piracy, the nation with 0.3% of the world’s population managed to be responsible for 11.6% of all GoT downloads. You can thank our one and only greedy cable provider, and their exclusive airing deal with HBO, for this. The deal prevents all other digital platforms, including iTunes, from providing access to new episode until after the entire season has finished airing, some months away from now. Sacrificing availability for short term profits seems extremely, well, short sighted for me – it encourages a culture of piracy that will be harder and harder to break. I just hope HBO got enough money out of it to make up for all the money they just lost on preventing people from buying season passes on iTunes.

And also expect this record to be broken again for the season finale.

It’s been a while since I’ve had to use the Megaupload logo, but it’s not everyday the MPAA/RIAA sues a dead website

Either they’re really desperate, or its more of a “kick ’em while they’re down” situation, depending on who you believe. The MPAA and RIAA have launched separate civil lawsuits against the very much dead and buried Megaupload, claiming millions in damages.

If you believe the spin by Megaupload and Kim Dotcom’s legal people, then this is simply a reaction to the stalled criminal case against Mega. If you believe the pressers from the MPAA and RIAA, then it’s about recouping the billions and billions lost due to piracy on a massive scale yada yada yada.

We all know that the DoJ has been sharing data with the MPAA and others (legally, via a secret court order, but still a morally questionable act of using tax payer resources to benefit lobbyist buddies), so is this the MPAA/RIAA swooping in to save the DoJ’s troubled case against Megaupload? Most of these civil cases are about shutting down a site, but with Megaupload already down and out, so is getting some of that sweet, sweet (frozen) Megaupload treasure the MPAA/RIAA’s main objective?

I for one find it hard to believe that the MPAA/RIAA would go to all this trouble just for the money, and since it’s not about shutting down Megaupload, this all seems to be about a victory for victory’s sake (and I would think that, given Megaupload isn’t exactly in a position to put up a staunch defense, a win here is almost guaranteed). A win here would relieve the pressure on the DoJ to win their criminal case, so this would be my guess for the motivations behind these lawsuits.

Just friends helping each other out.

Netflix has officially started streaming 4K, but many early adopters will miss out because their TVs do not support the HEVC/H.265 codec that Netflix will be using. Most TVs announced for release this year will support HEVC/H.265, but most sets purchased before won’t support the advanced codec. It’s part of the risk of being an early adopter, but this one kind of bites because of the short time span between 4K and HEVC adoption. 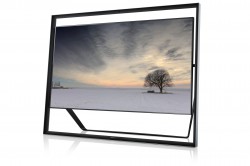 Some 4K early adopters will rue Netflix’s decision to use HEVC for the 4K streams, as older TVs do not support it

Of course, with Google throwing their VP9 codec into the hat for serious consideration as a 4K codec, the situation could get even messier. So for those thinking about 4K, it’s probably still not quite the right time to buy in yet, even if you have the cash. Best to wait until the codec situation is resolved, and also to ensure that the TV set you want to buy has HDMI 2.0.

Then there’s Blu-ray 4K discs (I’m not talking about those “mastered in 4K” discs, which are still very much 1080p), which possibly means new hardware requirements for the TV (although I think HEVC + VP9 + HDMI 2.0 is probably all that’s needed, other than the new Blu-ray 4K player you’ll need to buy).

For now, 4K content is limited to House of Cards and a few nature documentaries. A nice teaser of the potential of 4K, but that’s it really. Most new films will have a 4K master floating around somewhere, and so it’s not inconceivable that Netflix’s 4K library will start growing exponentially once studios start providing the content.

So wait another year before seriously considering buying a 4K TV, is my opinion. All the technical stuff will have become standardized, and the content situation will have dramatically improve too.

That’s it for the week. Stay safe out there on the interwebs, it’s getting scary out there!

This entry was posted on Sunday, April 13th, 2014 at 4:41 pm and is filed under Copyright, High Definition (Blu-ray/HD DVD/4K), News Roundup, Video Technology. You can follow any responses to this entry through the RSS 2.0 feed. Both comments and pings are currently closed.