Hello to you on this a rainy, windy and cold Sunday here in Melbourne, Australia. How’s the week been treating you? Not too badly I hope. Another rather quiet news week, but maybe I was just too busy to pay attention. A little bit from column A, a little bit from column B, I suspect. Well, whatever news I did find, they were quite interesting, so let’s get started.

The fallout (not to be confused with another, in my opinion quite fantastic, gaming franchise) from the Diablo 3 DRM choice continues this week, as videos emerged showing an item duplication exploit in Diablo 3 – the kind of thing that always-on DRM, at least according to Blizzard, was supposed to stop.

The video, originating from South Korea, showed a gamer doing the very thing that Blizzard was afraid of – duping items. The exploit was so damaging that Blizzard had to shut off South Korean game servers while a fix was rolled out. Thousands of gamers were also banned for using this and other cheating methods. Duplication hacks can be extremely damaging for Blizzard, while profitable for hackers – Diablo 3 features a real money Auction House where users can sell their hard-earned or not so hard-earned virtual in-game items, and as a result, item duping in D3 becomes just as bad as counterfeit money is in the real economy. 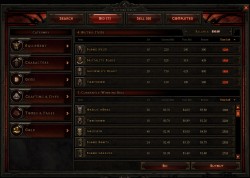 So despite the harsh “always-on” DRM that Blizzard chose to employ for Diablo 3, which the company itself says wasn’t for anti-piracy but for protection against cheaters and hackers, it has not really lived up to expectations. If anything, the inclusion of real money transactions, which necessitates the use of an always-on DRM/access control system, has provided hackers with extra incentive to find exploits and loopholes that they can profit from. For us gamers though, it meant a frustrating (and still frustrating) gaming experience, although some have already started making good money from the Auction House.

And I’m still not convinced that Blizzard couldn’t have created an offline mode for the game. By implementing some kind of local virtual server that the game can connect to, this could provide emulation of an online experience, without the need to actually be online all the time. This may very well be the tact that the piracy community will use to crack the game, so we’ll have to wait and see if they can help out D3 gamers by creating an unofficial offline mode.

But some in the gaming industry are already pointing at Diablo 3’s fantastic sales figures and using that as justification for always-on DRM – at the other end of the spectrum, DRM-free gaming is also booming. And not only that, the “pay what you want” pricing model is also providing to be more than effective too. The latest Humble Indie Bundle (the 5th edition, for those keeping count) has managed to sell within a cat’s whisker of 600,000 bundles, raking in over $5 million in the process. Despite the basic bundle being available for as low as a penny, on average, gamers chose to pay $8.53 for the 4 game (plus 4 bonus games) bundle, proving that, if the price is right, people will pay. More remarkable is the fact that former buyers of the bundle, Steam sale addicts, and indie gaming enthusiasts would mostly already have most of the games on offer (I had 5 of the 8), so even from a shrinking sales pool, this latest bundle has managed to beat all expectations, and has actually earned twice as much as the last bundle.

The Humble Indie Bundle V has generated more than $5 million in sales, from nearly 600,000 bundles sold

While I’m sure Diablo 3 raked in a lot more money than all the Humble Indie Bundles combined (and then some), then again, none of the games in the Humble bundle took 10 years to materialise either. And all were made with considerably less budget than Blizzard’s latest hit. At the very least, the Humble bundles prove that DRM-free can work, and so can the pay what you want model, even with the availability of both free pirated, and free (well, almost free – a penny) legal ways to get the games.

For those still holding out hope for a way to retrieve their legally uploaded files from Megaupload, especially after last week’s news that the MPAA is not totally against the idea, the news doesn’t look very promising. Responding to a lawsuit filed by an affected Megaupload user, US government prosecutors says that while they were responsible for shutting down Megaupload, they’re no longer responsible for the servers that now holds user files. Copies of the important data have already been made by the government, and as a result, they no longer have “possession” of the original data and can’t grant or deny access to them. It seems the data is now back in the possession of Megaupload’s former web host, Carpathia – data that is costing the company $9,000 a day to host. With the government also against unfreezing Megaupload assets to allow the company to pay Carpathia to keep the data alive (data that could also help Megaupload’s case), the most likely outcome, unless the court intervenes, will see the data completely wiped, and any hope of recovery gone. Before this happens, the government says users can pay Carpathia for access, and then acquire the services of forensic experts (at further cost) to retrieve any data – an unrealistic proposal due to the thousands of dollars this would require. The other “alternative”, the government says, is for users to sue both Carpathia and Megaupload for breach of contract relating to the storage of their files, again, also very unrealistic.

In other words, the government is washing their hands of any responsibility in the matter. They closed down Megaupload and then decide to not give two craps about the resulting collateral damage. But as screwed up as this is, it’s also an important lesson for those that are relying on the “cloud” to store their digital assets. Cloud storage will usually prevent data loss as a result of hardware or software failure, but it won’t stop things like user error (“hmm, that big red button that says “DELETE ALL” looks tempting – I wonder what it does …”), hacked or banned accounts, or as in Megaupload’s case, catastrophic failure. So it’s best to have copies of your files both in online *and* offline locations, or at the very least, at two different cloud providers.

Is Blu-ray on the way out? Anthony Wood thinks so. But then again, he’s the CEO of the company that makes Roku, a popular little streaming set-top box, and both Blu-ray, the disc, and Blu-ray players are competitors. 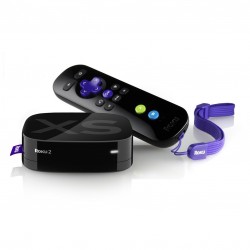 Roku currently provides a level of service that Blu-ray players and Smart TVs cannot provide with their in-built streaming apps, according to Roku’s CEO

So will Blu-ray be obsolete in four year’s time, as Wood predicts? If in four year’s time, most homes can access the Internet at speeds far greater than today’s average, then yes, this could be a possibility. If not, then the most efficient way to deliver the GBs of data needed for each HD movie (and if 4Kx2K become more common, the tens of GBs could grow to hundreds of GBs), might still be found on some kind of physical media, even if isn’t Blu-ray.

Whatever happens though. I for one hopes that ownership, and preferably ownership of something physical, is still reality 4 or 10 years down the track. I’m a huge supporter of cloud based streaming and all that, but I also love being able to hold something in my hands, or display something in my TV room, and I think a lot of movie lovers are like me in this regard.

In gaming news, the May NPD results have been released, but once again, only Microsoft took the risk of releasing hardware figures. That’s probably because they won the month again with 40% of the home based console market share, but only 160,000 units sold. That’s a 40% decline compared to the same month last year, and you can see why many in the industry are so worried (and why “some” have stopped releasing detailed hardware figures).

With the next gen consoles from Microsoft and Sony not arriving until 2013 (got a news story on the next Xbox that was too late for publishing for this WNR, so I’ll cover it early next week), and the Wii U only coming at the end of the year, things are unlikely to pick up until then.

I’m still optimistically (but perhaps also foolishly) hoping that someone will leak the hardware data for the Wii or the PS3 in the next few days, and so the NPD monthly feature can resume, but it’s not looking good at the moment. If it doesn’t happen, I’ll get into more details about the May NPD in the next WNR.

Nothing much left to say in this WNR, so let’s call it a day. See you next week.

This entry was posted on Sunday, June 17th, 2012 at 9:51 pm and is filed under Copyright, Gaming, News Roundup, Nintendo Wii, Wii U, Switch, NPD Analysis, PS3, PS4, Video Technology, Xbox 360, Xbox One. You can follow any responses to this entry through the RSS 2.0 feed. Both comments and pings are currently closed.