Welcome to another edition of the WNR. Whether you had a busy and productive week, or a slow and unfruitful one (or combinations of the aforementioned), I hope that you at least had a good week. I’ve long since believed that being productive does not equal good, and sometimes an unfruitful week can have its own rewards too (like levelling up 6 levels in Diablo 3). News wise, same old same old, really – not much, but still a few interesting ones to poke a stick at. Running kind of late, and far too tired to be doing any sort of writing in be fully honest (didn’t sleep well last night), so let’s get started and let’s get it ended as soon as possible!

Could the MPAA and RIAA start suing individuals again? Well, if you refer to the details of the “graduated response” deal they made with US ISPs, then yes, it could happen again.

Of course, just because they could, it doesn’t mean they will. The negative publicity from these lawsuits far outweigh any perceived benefit from going after your single mothers and college students, that is for these cases to become deterrents for others (hasn’t really worked, has it?), and both groups have signalled they’re no longer going in this direction. The language will be there in the agreement because nobody wants any doors to be closed for future potential actions, however remote the chances of these actions occurring are. Still, the agreement does say that ISPs will be providing an awful lot of information about repeat offenders to the likes of the MPAA and RIAA, but when you’re already playing the copyright police and spying on your own paying customers, passing on their personal details to the lawyers of some of the world’s biggest corporations does seem to fit the trend. 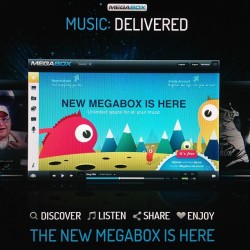 Could Megabox still be set for a 2012 launch? Megaupload’s Kim DotCom seems to think so!

Megaupload’s Kim DotCom (he really does need to change his name if he wants people to take him serious again, in my opinion) got himself on Twitter this week, and the charismatic (former?) billionaire didn’t disappoint. Revealing that he was visited by none other than Apple’s co-founder Steve Wozniak, the more interesting reveal was that Megabox, the new music sales and sharing platform that’s supposed to end the major recording label’s monopoly on music distribution, is not as dead as everyone had thought it was. While providing little detail except for a blurry screenshot, DotCom did post that “It is coming and it will unchain you”. I talked about Megabox back in January after Megaupload was shuttered, but sensibly, everyone had just assumed that the site was dead in the water –  a real coup for the RIAA, intentionally or otherwise. The idea behind Megabox seems solid – artists sell directly to fans without having to go through labels, and as a result, artists get to keep up to 90% of the revenue. The Internet being the best self-publishing platform to have ever been invented, it’s no surprise that traditional publishing will be hurt as people cleverer than me come up new ways for creative people and their work to get noticed without having to hand over most of the revenue. So even if Megabox is dead, something like it will emerge, eventually.

Last week, Roku’s CEO said Blu-ray was dead. This week, research released by the NPD shows that Blu-ray players are not dead at all – they’re just not being always used as Blu-ray players!

NPD’s latest research shows that 80% of those who have Blu-ray players connected to the Internet have used their players to download or stream video content. With the number of connected Blu-ray players growing (considering how many of these now come with Wi-Fi built-in, as opposed to being dependent on a well placed Ethernet cable), it appears at first that Net savvy consumers are voting with their remotes and telling content distributors how they want their content. Of course, without detailed stats on how frequently people use streaming service, all we can see is a possible trend (if that), but it’s clear that this Internet streaming thing isn’t just another fad.

The study also found that “only” 64% of connected game consoles were used to access services like Netflix and Hulu, but since it’s probably more likely that a game console is connected to the Internet than a Blu-ray player, this kind of makes sense. What I did find surprising was that only 15% of tablet and smartphone users were viewing movies via the Internet, but I think this figure will rise dramatically once you remove smartphones from the figure (and I suspect none of these figures include YouTube).

And finally, in gaming news, a leaked Microsoft document from a couple of years ago could provide some clues as to what the Redmond giant’s next game console could look like.

The leaked document, which has since been removed, supposedly provide details of a presentation made in 2010 about the future of the Xbox gaming system. I’ll leave you to read the full news story to get the gist of it, but suffice to say, Kinect 2 plays a big part, and augmented reality, head/eye controllable glasses are also being considered. 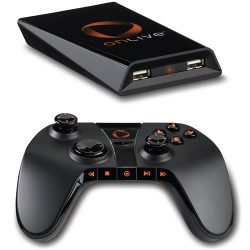 Microsoft was considering either acquiring OnLive, or launching their own similar “microconsole” concept

What I found most interesting was the concept of a “dumb console”, with a similar meaning to the more common use of this term, but applied perhaps even more appropriately to game “consoles”. Using a similar technology to OnLive (which apparently Microsoft had wanted to acquire at that time), games are processed “in the cloud” with the A/V being streamed to “microconsoles” that do very little other than process input and output. This way, the console itself does not need to be upgraded, but the content will continue to improve in quality, with all of the heavy lifting done in the cloud. Of course, things like latency, so important for gaming, could be an issue – but OnLive seems to make it work okay, as long as you have a good broadband connection. But the appeal is definitely there – not only are publishers satisfied by forcing gamers to be “always online”, and thus reduce piracy issues, the ability to get next-gen graphics without buying new hardware does seem like a good deal for gamers too (and for gaming companies like Microsoft and Sony, who make most of their money from games, when they’re not losing tons of it on the actual consoles themselves).

Of course, the leaked document might not be real, and even if it is real, it’s quite dated, As we get closer to the actual release date sometime in 2013, the real information will be artfully leaked, and completely accidentally, I’m sure.

Even with this WNR barely getting over the 1000 word mark, it’s still time to call it a day (or night) as we’ve run out of news. See you next week.

This entry was posted on Sunday, June 24th, 2012 at 10:48 pm and is filed under Copyright, Electronics, News Roundup, Video Technology, Xbox 360, Xbox One. You can follow any responses to this entry through the RSS 2.0 feed. Both comments and pings are currently closed.