Welcome to the second half of 2012, or as I like to call it, “less than 6 months until the end of the world”. Some time during this week (um, Wednesday, actually), it will be the 13th anniversary of Digital Digest, or whatever it was called when it was created (I believe it was DVDigest). No celebration planned for lucky 13, but in the small chance that the world doesn’t end in 2012, then I might celebrate the 14th anniversary in bigger fashion (or any fashion), since 14 is my lucky number.

It’s all copyright stuff this week, so let’s get started.

If you ran a website that allowed other people link post links to videos, including infringing videos, that are hosted on sites like YouTube or Dailymotion, do you think you should serve up to 10 years in prison as punishment? And if you used the same site to watch videos, do you think you deserve a 2 year prison sentence for it? 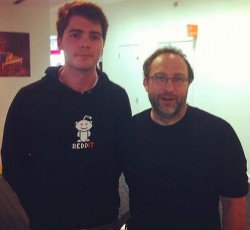 Wikipedia’s Jimmy Wales fully supports TVShack’s Richard O’Dwyer’s fight against extradition to the US, where he faces up to 10 years in prison

Far from being hypothetical questions, both are unfortunately quite real. I’ve previously talked about the plight of the former operator of TVShack, the aforementioned website that allowed people to share video links, about Richard O’Dwyer’s fight against extradition to the US. But further attention was garnered this week when Wikipedia founder Jimmy Wales weighed in on the issue, declaring his full support for Richard (making Jimmy one of the two tech heavyweights to offer support to copyright lawsuit embattled individuals this week – more on that later).

While some will look at Richard’s activities, and yes, he did profit from TVShack, and say that he deserves what he gets. But UK law says otherwise, as precedents set in a case involving a website called TV-Links means Richard has not broken any laws in the UK. That’s because linking – and especially when said links aren’t even being supplied in most cases by Richard – isn’t the same as uploading. It’s also because Richard took down content whenever it was requested.

But Hollywood wanted to make an example of Richard, and so they went jurisdiction shopping. By even asking for criminal charges when the issue at hand seems to be a civil one at best, and as a result asking for the extradition of a university student doing the website as a (albeit very profitable) part time gig, none of these actions seem to fit the “crime” that supposedly happened. The money spent pursuing Richard and TVShack will have already exceeded whatever damages the website did do in the short time it was online.

And it’s for these reasons that Wiki’s Wales fully supports Richard and his fight against extradition. Writing an op-ed for the Guardian, and launching an online petition that’s closing in on 200,000 signatures (it was less than 40,000 when I first wrote the news article), Wales says Richard is the “human face of the battle between the content industry and the interests of the general public”. Whether that’s true or not, you can’t deny what’s happened to Richard is pretty unfair, and as someone who’s had personal experience with being on the wrong end of a major copyright lawsuit filed by a multi-national corporation (including the search and seizure of computer equipment at my home), I can definitely sympathize.

As for those who watch videos on websites similar to Richard’s, and if they happen to live in Japan, then they might have something to be scared about too. The Japanese legislature has passed new laws that make watching even YouTube videos that contain infringing material a criminal offence, one that could carry a 2 year prison sentence. It comes to no surprise to me that the home of Sony, the crusadiest of all copyright crusaders and a major backer of SOPA/PIPA, would introduce such draconian and frankly unworkable laws. It’s unworkable because how would one even police the watching of YouTube videos. And then there are the grey areas in copyright licensing, for example, an officially uploaded Vevo music video might be legal in the US, but it might be illegal in Japan – so does watching the latest Lmfao music video constitute criminal copyright infringement? It might be a crime against music and good taste, but … (nah, just joking … I like their music. Sort of.). It seems in the rush to suck up to rights holder, governments around the world have no hesitation in criminalizing a huge percentage of their own population!

So with Wikipedia’s Wales offering support to TVShack’s O’Dwyer, the week also saw Apple’s Wozniak reconfirm his support for Megaupload’s DotCom. DotCom also received further good news this week, as the New Zealand High Court ruled the raid on his home back in January was unlawful. Having watched more than my fair share of L&O, my first reaction was that perhaps this would make the seized items inadmissible in court (not that US prosecutors actually need what was seized in NZ for their main case against DotCom and Co.), but as the case is actually proceeding in the US, it all depends on how a US court looks at things. For certainly, this is a victory for DotCom’s legal team, and an embarrassing, but perhaps not lethal, blow for the FBI and prosecutors. If they rushed through the proper procedures for a warrant (perhaps out of incompetence, or perhaps it’s an indication that their case against DotCom is rather weak), what other mistakes have they made in the rush to launch a criminal prosecution for what usually amounts to nothing more than a civil matter? 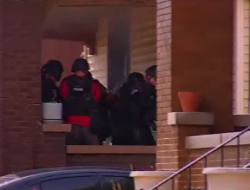 The actions of New Zealand police were also criticized by Justice Helen Winkelmann of the New Zealand High Court. While often falling victim to political will and lobbying, there’s also sometimes the issue of the legal establishment and law enforcement not grasping the full intricacies of the law as it relates to new technology. IP address as evidence is one area that the law sometimes struggle with, as the closest analogy, a phone number, isn’t that appropriate of an analogy – it’s usually not possible for a criminal to use someone else’s phone without their permission, but with IP addresses and unprotected Wi-Fi, that’s exactly what happens, a lot of the time. Sometimes this could lead the police down the wrong track or people being “sued” for things they didn’t do, but usually it doesn’t end up with a SWAT team breaking in to the wrong house, flashbangs and all. Except this is exactly what happened in Evansville Indiana a couple of weeks ago. Apparently misled by IP address evidence from a web posting that showed a serious, but perhaps not credible threat to police, the full SWAT treatment was given to an innocent family for the “crime” of not securing their Wi-Fi (a mistake, yes, but not a crime worthy of a visit by the SWAT team). I don’t want to get into a debate about the militarization of America’s police forces, but given the unsubstantiated nature of the threat made, and the fact that it wasn’t even the right home, perhaps the SWAT raid (complete with reporters in tow, as some kind of show of force) was misguided to say the least. The actual suspect of the threat now points to a “smart mouthed” teenager who lived close by.

For me, it’s not just that an innocent family had to suffer through such a traumatic event, but imagine if the threat had been real – getting the wrong house would have alerted the real criminal, which would then allow him or her time to either destroy evidence, or to carry out the threats. “And this is why you don’t rely solely on IP address evidence,” might be something you would expect the one armed J. Walter Weatherman to say in this case.

Lads (and ladettes), I will not mince words. The sad fact of the matter is that, and as unfortunate as it really is, we’ve come to the end of another WNR. I hope this issue has been to your satisfaction – I would offer your money back, but I would need to take your money in the first place (but I’m no Rupert Murdoch). See you next week.

This entry was posted on Sunday, July 1st, 2012 at 10:22 pm and is filed under Copyright, News Roundup. You can follow any responses to this entry through the RSS 2.0 feed. Both comments and pings are currently closed.