Welcome to another edition of the WNR. This part is the introduction, where I will usually comment on some of the activities I’ve been up to during the week, either in the production/maintenance of this website, but mostly not work related because I rarely do any work (although I haven’t played Fallout 3 in ages). This week, I did do some work, although nobody seems to have noticed it. I’ve added archived downloads to Digital Digest’s software section, for software updates from now on. An example of this is for ffdshow, which gets updated more often than I brush my teeth. Not really all that useful, but all the other sites have it and I thought, what better way to waste a whole week. I’m starting a new mini project for Digital Digest next week, which will be much more useful I think.

Let’s start with copyright news for the week. The FTC asked for comment regarding DRM, and not surprisingly, most of them were negative, and most came from gamers. It looks like the next battle over DRM will be in the gaming arena, and I hope gamers are ready for the fight because I think this is another that can be won, just like the music DRM battle. 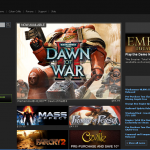 Steam sales stats show the cheaper games are, the more money they make

A couple of weeks ago it was reported that Valve founder Gabe Newell ripped DRM a new one by calling it stupid and counter-production (Newell: “there is evidence anecdotally that DRM is increasing piracy rather than decreasing piracy”). Valve owns the Steam platform for digitally distributing games, and they have run a little experiment of sorts to see if there’s another way to combat piracy and also make users happy, and I think they’ve found it. They discounted games through Steam, some by as much as 75%, and found that sales increased beyond the amount discounted – in other words, the cheaper games are, the more money they make from them. This is not really rocket science, but nobody really knew what game pirates would do if faced with the choice of cheap games or free downloads, and it seems many choose to pay the cheap price, rather than take a moral/legal hit and feel the guilt of their actions. My post goes further and puts some real numbers into the sale stats, and it turns out if game companies sold games at 25% of the current pricing, they would be making more than 3 times in revenue thanks to pirates converting into customers. And they won’t even need DRM anymore. Everyone wins in this scenario, except it will never happen because of (irrational) greed.

Lawsuits are still the industry’s preferred way to deal with piracy, and the test case against The Pirate Bay has started in Sweden. After they sue the sites that offer torrents, they will then go after the ISPs to try to attack the problem from two sides. One way to help them in this second quest is to force ISPs to keep meticulous records of *your* Internet usage. With help from the US government, they have forced Wi Fi access point providers to keep records on user usage for two whole years. On the surface, they say this is to help law enforcement agencies, but this would also benefit parties like the RIAA who may now have up to two years worth of people’s download records. Scary stuff.

Then we have DRM, and if something can’t be squeezed in, then the solution would be to deny users the service. The latest case is Blu-ray recorders, or the lack of them in the US. These things have been widely available in Japan for nearly 3 years, but will not show up in the US because the powers that be are afraid people will turn these into “piracy boxes” to record TV programs and other things. Even if they block the digital recording path, there is always the analogue way, and we’ve already seen the MPAA try (and fail) to close this so called “analog hole”. If the industry are willing to ruin a format (Blu-ray) that they created for themselves, just because they’re afraid a some people might save a few bucks off a movie purchase here and there (which probably won’t even happen, because they won’t have intended to buy the movie anyway), then they really are intent on shooting themselves in the foot, aren’t they?

In HD news, you won’t hear the Sony PR people tell you this, but Blu-ray sales have been very flat since the start of 2009. The last week of data was another one where Blu-ray did relatively poorly compared to recent efforts. The stats were pretty much the same as September 2008, before the Iron Man and The Dark Knight led booms, which seems to have died down despite TDK still being the week’s number 2 title (where would Blu-ray be without TDK?).

Of course, a large part of this is due to lack of decent releases, but you could say the same for DVDs, but sales have been up for the last few weeks. Of course, DVD has the advantage of having a bigger install base, more titles and cheaper ones, so even in a poor release week, there’s always about a million sales going on and plenty of titles people will buy simply because it’s so cheap, they won’t care about wasting money. This is what Blu-ray doesn’t have at the moment, and something it can only get when it moves away from an enthusiast/early adopter format, to a truly mainstream format with 30%+ market share. I believe this will happen, but I have no idea when – I think it won’t happen in 2009 though. 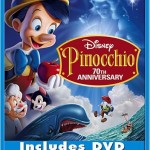 Disney's Pinocchio's Blu-ray version will also include the DVD version

One way to counter this effect, particularly with titles that don’t usually appeal to the normal Blu-ray crowd, is to do something that Toshiba in their infinite wisdom thought to do with HD DVD – combos! Not in the same way HD DVD does by having everything on one disc, but by packing both the DVD and Blu-ray versions, on separate discs, in the same package. Sure, prices will go up, but it gives those with DVD players and thinking about Blu-ray a reason to make the step up, but not necessarily immediately. They can build their Blu-ray library right now without even having a player. The only problem is pricing, and if this package is going to be more expensive than even the Blu-ray only version, then you can forget about it. Sony laughed at Toshiba for doing this, but it looks like they had the right idea about how to win the format war against DVDs, even if they were a bit clueless about winning the format war that actually mattered at the time.

Wireless HD is something you’ll hear about a lot in 2009, I suspect. Unfortunately, the spectre of a format war is looming on the horizon, but hopefully common sense will prevail and it won’t be as tedious as other format wars since this is only about cabling, or the lack of them. The best way to think about Wireless HD and other formats is basically to think of it as wireless HDMI/USB/DisplayPort. I’ve blogged about this before, but I’m still excited because I hate wires, and I manage them badly as it is. The application is not only limited to the home theatre, but also to your computer, imagine having no cables other than the power cable, and that’s nearly possible now with wireless USB, HDMI/DVI, KB/Mouse, speakers, networking … what else is there left that needs wires?

Onto gaming now, Microsoft says the worst of the Xbox 360 Red Rings of Death problem is behind us. But the problem was so bad, it really doesn’t mean anything. If 50% of consoles died due to RRoD before, and now only 25% of them die, then Microsoft aren’t lying when they saw the worst if behind us, but it’s still not good enough. 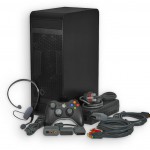 I just don’t understand that with modern technology available, why can’t Microsoft make a console that won’t break, and is also much quieter for the bargain. Even if they have to make the console a bit bigger, then I don’t mind. Except they won’t do it, but it doesn’t mean someone else won’t, and custom made Xbox 360’s are now available with these design features to finally make one that won’t break and is deadly quiet as well.

PS3 gamers are the oldest, while Wii gamers are the youngest. I don’t know why that matters, but it might interest someone out there. This would suggest Xbox 360 owners, like myself, are right in the middle. Except I also own a Wii and a PS3. PS3 firmware 2.7 will be released soon, and some details have already leaked out. Doesn’t look like Sony will be addressing the “firmware breaks PS3” problem that hundreds of thousands of people have experienced so far. Shame.

And I’ve already mentioned the NPD stats for January and it’s not pretty reading for Sony. I think I would put money on a PS3 price drop sooner rather than later, because this can’t go on for much longer unless Sony wants to kill the PlayStation brand.

Okey dokey, that’s all for this week.

This entry was posted on Sunday, February 22nd, 2009 at 7:10 pm and is filed under Computing, Copyright, Electronics, High Definition (Blu-ray/HD DVD/4K), News Roundup, Nintendo Wii, Wii U, Switch, PS3, PS4, Xbox 360, Xbox One. You can follow any responses to this entry through the RSS 2.0 feed. Both comments and pings are currently closed.