Welcome to March. I love March. Not only because my birthday is in this month, but you know it’s spring in the Northern Hemisphere, and Autumn in the south, both lovely seasons to have after the cold/heat. Spring time means spring cleaning, and I’ve done a bit of it by rounding up some of the news posts that I’ve been posting and starting a new section for them. That new section is the Deals & Freebies section. This new section will have all the latest and best bargains and the occasional free stuff, for everything from Blu-ray to PowerDVD to free games. Even some stuff totally unrelated to this site will be covered, because a bargain is a bargain whatever it is about, right?

On with the news. Copyright news first, President Obama’s pick for the new boss of the FTC is a bit controversial. The new man, Jon Leibowitz, is a former MPAA lobbyist and this already has many concerned as to the direction the FTC will head in.

Fortunately, Mr. Leibowitz is not a current MPAA employee, and hasn’t been associated with them since 2004, when he became the Democratic FTC commissioner. Consumer groups have welcome the appointment, which is usually a good sign. 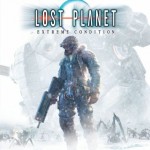 Lost Planet: Extreme Condition - get it cheap for $4.99

Last week, I talked about how cheap games equals less piracy and more profits through specific examples on Valve’s Steam download platform, and this is interesting again because of the new Deals & Freebies section. Even though Steam has DRM, when you’re paying peanuts for games, it doesn’t really matter all that much, does it? It’s only when you’re paying full price and then find out that you can’t play the game because haven’t fulfilled the DRM’s usually ridiculous requirements, such as  finger on nose counting backwards from 10, that legitimate consumers are a bit peeved. In one of the latest deals I posted, you can now download Lost Planet: Extreme Condition for only $4.99 on Steam, part of their weekend only 75% off offer (as I posted last week, 75% off seems to be the sweet spot in terms of sales/profit). Now the game is pretty good, although nothing special, but it is still on sales at Amazon and other places for $19.99, so $4.99 is a bargain really. And I know people who paid the full release price for it too. This might be one of those games you never thought about buying, but you might have downloaded it (illegally) anyway since there’s no financial risk. By putting the game on sale for $4.99, you attract the same people since $4.99 is nothing these days, and you get a fully licensed and legal copy for online multiplayer, and that makes it even more attractive than a torrent. If game companies can get more of these types of buyers, and cut down these “casual” piracy by turning it into profit, then they fight both piracy and loss of revenue, grow their user base and it’s a fantastic way to get less than stellar games to sell. And no, I’m in no way associated with Steam, either through an affiliate program or otherwise, so I don’t get anything for promoting this. But as someone who doesn’t want to see game companies go crazy in their fight against piracy, this is a much better approach that should be applauded and promoted.

In HD news, Panasonic is launching a new Blu-ray player in the UK that has a built in HDD to record programs from free to air broadcasts using the built in digital tuners. This isn’t a Blu-ray recorder, per se, but it’s half way there.

The reason I posted this is also to highlight how something like this may not be available in the US due to concerns of copyright. These concerns are usually much less of a problem in the UK, and here in Australia, where DVD recorders and HDD PVRs are a dime a dozen. Another reason for highlighting this is my believe that Blu-ray recorders aren’t necessarily a must-have. Of course it would be nice to record 1080i/p broadcasts onto Blu-ray, but with the cost of media added, there’s almost never a justification for doing so. I have a DVD recorder with HDD recording, and 99% of the programs that I do record are only to the HDD and erased soon after watching – there’s only a handful of programs that I will want to archive to DVD, and for these, DVD is enough. What I’m trying to say, I guess, is that if I had to make a choice between having a Blu-ray recorder without a HDD, or a Blu-ray player with HDD recording, then I would choose the one with the HDD. 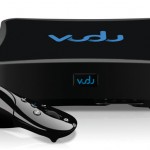 VUDU now allows you to buy HD movies, not just rent them

Now I’m not saying “death to optical media”, but optical discs are great for archiving, but not good enough for most other things. Cataloguing them is a pain, and they break or get lost and storage is another problem. With all digital stuff, everthing becomes much easier. VUDU will start to sell permanent HD downloads soon, compared to before when they only made HD stuff available for rental. This is what I like to see. With permanent HD downloads, you can watch the video as many times as you want, and if you accidentally lose or delete the video, you can re-download free of charge as many times as you need to. In other words, your movie library while being stored locally, is also available remotely and that also means backups are not necessary. The only problem now is download speed and HDD size, but these problems will be solved in time.

Back to Blu-ray. There is a perception that Blu-ray is too expensive, which is not really entirely true anymore if you look through Amazon’s extensive range of Blu-ray deals. But perception is reality, as they say, and that’s where Blu-ray is still suffering. Take millionaire basketballer Shawn Marion, when asked about switching to Blu-ray:

He then mentioned that he was happy with his existing HD setup, which suggest DVD upscaling. So the perception of many people, even people as rich as Mr. Marion, is that Blu-ray is not worth the extra cost when upscaled DVD gets you 90% of what you already wanted anyway at lower prices. 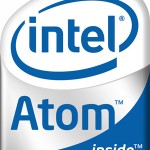 The new Intel Atom processor can handle 1080p video. Or not.

Part of the problem with Blu-ray pricing is the licensing fees, which can get very complicated when you have a dozen different audio formats, video formats and disc technologies you have to pay for. So much so that Apple boss Steve Jobs even called Blu-ray licensing “a bag of hurt”. The people behind Blu-ray have finally realised that this is a problem, and have decided to simplify, if not reduce the cost, of Blu-ray licensing. It’s a move in the right direction, at the very least.

Wallpaper that doubles as a TV screen? Not so far-fetched, and could lead to huge TV walls just like in those sci-fi movies. YouTube’s 720p H.264 experiment is still going on, and there’s a guide that tells you have to test it out if you have the patience to upload up to a GB of video at a time. With even web video requiring fast CPUs for decoding, Intel is promising their new GN40 Atom chipset will be able to do 1080p video decoding, although many are doubting the claim. Assuming it is true, this could mean netbooks that can also double as Blu-ray players, once you add the external drive to it. At the very least. 720p YouTube videos should now play without stutter.

And finally in gaming, there’s the somewhat hard to believe rumous of a PS3 without Blu-ray, as a way to reduce cost. This one has popped up time and time again, just like the “Blu-ray add-on drive for Xbox 360” rumour. Neither has any element of truth to it, I suspect.

First of all, how would a Blu-ray-less PS3 even work? All PS3 games are published on Blu-ray discs, so do you then have a PS3 that won’t play *any* of the current released games? Will publishers have to produce and release two versions of the game, one on DVD and another on Blu-ray, to satisfy users? How much would this cost, and how many developers would simply stop making Blu-ray versions of the games? Most likely, if the rumour has any truth to it, is that the PS3 will still come with Blu-ray hardware, but it would no longer play Blu-ray movies. This would save a bundle on licensing, although most of this money goes to Sony anyway, so it’s not a 100% saving. And with Blu-ray hardware still required, and the PS3 hardware still the same, there’s almost no justification to doing this even in terms of purely financial reasons. But then again, the Wii doesn’t play DVDs and look how well it is selling, so maybe there’s something to it. Most likely not though.

And just to give you some cause for concern, too much gaming can cause a skin disorder from holding the controller for too long at a time. It can also make you lose social status, gain weight, cause another skin disorder called pimples and basically behave like an idiot on web forums arguing about how much more awesome the PS3 is compared to the Xbox 360  (or vice versa). Too much of anything is bad for you, and that includes writing a blog that’s too long.

So see you next week right here, and also on the Deals & Freebies section hopefully. Have a great week.

This entry was posted on Sunday, March 1st, 2009 at 6:13 pm and is filed under Computing, Copyright, Electronics, High Definition (Blu-ray/HD DVD/4K), News Roundup, PS3, PS4, Video Technology, Xbox 360, Xbox One. You can follow any responses to this entry through the RSS 2.0 feed. Both comments and pings are currently closed.