Today is Chinese New Year’s Eve, also the eve of Australia’s national day – celebrations here in Australia are going to be doubly big tomorrow, lots of flag waving and dragon dancing. I’m almost over my Shingles outbreak, not really feeling much discomfort anymore, although I’ve been quite busy lately with a new project that will soon be made public. It’s not a Digital Digest thing, but it’s related, and that’s all I shall say for now. But that’s not the only reason I was busy, because I had the December 2008 NPD figures to analyse plus write a yearly NPD roundup, both of which are now up. I love graphs.

Let’s start with the copyright section, the last one of the Year of the Rat, which has been a pretty bad year (for us Monkeys, anyway). Unless you’ve been living (or is that hiding) under a rock for the last week, you should have seen the amazing pictures of the Obama inauguration. Change starts this week, but on the copyright front at least, things seems to be moving in a bad direction. 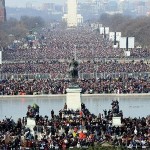 Obama is now the President, but will he stay true to his pro-consumer stance

Another Obama pick for a top level position has been revealed as yet another anti-piracy advocate, previously working for the BSA. I must say that Obama, who said all the right things during the election campaign in regards to consumer rights, and had the backings of all the pro consumer rights groups, is really taking this whole “team of rivals” thing a bit too far with these picks. We all knew that Joe Biden was a friend of the RIAA, but all this pro big media stuff just doesn’t really fit in well with the rest of Obama’s agendas. Let’s once again hope that these moves are just there to balance out the administration’s views, and that in the end, it will be Obama’s pro-consumer views that will be the policies of the administration, not those of these anti-piracy advocates.

In the “taking copyright control too far” segment for this week, the website in the spotlight it YouTube. They are now apparently blocking material and then asking questions later, blocking legal material and forcing the rightful content owners to lodge a dispute before their content will be uploaded. That’s the problem with algorithm based copyright detection, it’s not very accurate, but to have a human pair of eyes look at everything would be cost prohibitive, unless the RIAA/MPAA want to foot the bill. YouTube is now offering downloads on selected videos, so you can imagine why they might be a bit more paranoid in regards to copyright.

The Dutch have commissioned a report which says that P2P actually benefits the economy. You know what, this doesn’t surprise me one bit. People used to the convenience of P2P will naturally consider other forms of legal Internet distribution. A track you downloaded off P2P illegally just might lead you to buy the album legally. Same with games, movies and all sorts of other things you can buy and download online. It’s like the modern day shareware floppy, try before you buy. Plus there are the other benefits to bandwidth saving and reduction is hosting costs, which will benefit businesses that host a lot of downloads.

In High Definition news, I want to clear up something first. I get asked why this section is called “High Definition News” and not just “Blu-ray News”. Well, that’s mainly because while Blu-ray is obviously the main focal point of HD at the moment, HD covers much more than just Blu-ray. Topics such as H.264, HDTV, HD downloads, GPU acceleration and even 3D TV are all covered here, so calling it simply “Blu-ray” news would be a bit misleading. Besides, I’ve got the Blu-ray logo to represent this section, and the writing is in blue, so that should appease the fanboys somewhat I hope.

To prove the above, the first story I’m going to post is one about how 3D HDTV is going to fail. I’ve said something similar before, because as long as uncomfortable glasses are required, nobody is going to take it all that seriously. And when glasses aren’t required anymore (holographic vision? HDHV?), will Blu-ray or even TV still exist? Holorooms, perhaps?

And they just might need downloads to exceed, because home video is suffering in the face of threats it now faces from the video gaming industry. Blu-ray may help get back some of the money that DVD sales have lost, but even Blu-ray is only alive because of a game console, and the more money people spend on Wii, 360 and PS3 hardware and software, that’s less money they have to spend on movies. It is now a highly efficient process to extract money from consumers, and so there’s little room to get people to spend more money, which is what Blu-ray was all about. Not more money, but money better spend, is what people want, and you can’t really beat the interactive goodness and the longevity the average game provides, rather than the (rather short) 2 hour movie, even if it is in glorious HD (and games are now too, don’t forget).

This brings us nicely into gaming. Let’s start with something a little more tasteful, and that’s the news of another PS3 firmware update. Version 2.6 adds a photo gallery, plus DivX 3.11 support. As usual, wait until other willing guinea pigs have sacrificed their PS3s before attempting to update, and also be careful of the well known, but unacknowledged (at least officially), firmware update bug that’s borked more PS3s than any other problem, mine included.

Then we come to the less tasteful stuff, all from Sony (or at least SCE Chairman Kazuo Hirai) as they try to defend their pretty terrible set of figures from the latest NPD figures (all PlayStation hardware actually sold less in November and then in December, then the same months last year – the only game consoles to suffer this fate even in these harsher economic situations).  First up, he bashes the Xbox 360 and Wii by saying that the 360 will soon be forgotten, no doubt in the long shadow the PS3 will cast over the entire gaming industry (my words, not his), and that the Wii isn’t even considered a competitor to the mighty PS3. No, that doesn’t sound arrogant at all, why do you ask? 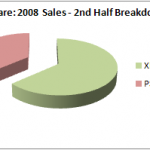 And that’s not all folks. Hirai continues by saying that the PS3 has been made intentionally hard for programmers because they want developers to take longer to do what the PS3 is capable of doing, to extend the life of the PS3. Gobsmackingly hilarious, but it does explain why most multi-platform games are the same or better on the 360, despite the 360’s inferior hardware. So Sony are admitting they made things harder for everyone so developers can produce sub-standard games at first and only produce games that’s worthy of the PS3 later on, all to make the PS3 last longer? How about making games that are great and better than the competition from launch (I know, controversial), so you can establish yourself as the dominant console for years to come. And better graphics and less buggy controls is not what people want anymore – it’s the innovative concept of the games that people want, and you don’t need 8 cell processors to allow this to happen (cf. Wii).  Of course, their strategy worked perfectly for the PS2, but you only have to look at what other consoles the PS2 was in competition at that time, and what the PS3’s competitors are this time round, to see why it might not work for the PS3. Plus the pricing differences between these consoles.

Say the PS3 is a superior piece of hardware. Say that the PS3 was the last console to be released compared to the Wii and 360. Say that the PS3 is better value because it is also a high quality Blu-ray player. But don’t try to justify your mistakes, and the PS3’s many flaws, by making stuff up like this. And I still hold up hope that all of this is just lost in translations stuff, and not really what it appears to be right now.

Sorry for the rant, but I’m not alone in thinking Sony aren’t doing all they can to make the PS3 the best console on the market, and it’s hard to hear them say that this was all intentional and part of their plan.

Anyway, that’s all I have for this week. Hope the year of the Ox is as good for you as it appears to be for us Monkeys, and that ox (bull) is a good omen for the stock markets. See you next year/week.

This entry was posted on Sunday, January 25th, 2009 at 4:54 pm and is filed under Copyright, Electronics, High Definition (Blu-ray/HD DVD/4K), News Roundup, Nintendo Wii, Wii U, Switch, PS3, PS4, Video Technology, Xbox 360, Xbox One. You can follow any responses to this entry through the RSS 2.0 feed. Both comments and pings are currently closed.