Welcome to another edition of the WNR. Sorry for the little break last week, but things are back to normal now, and we actually have a bit of news to go through too.

And sometimes piracy is a good things too, at least according to music superstar Ed Sheeran. In an interview with CBS, Sheeran opened up about his rise to success, and he wasn’t embarrassed to admit that piracy played a big role in his early successes. 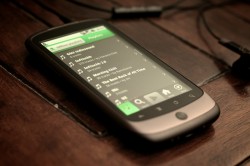 Sheeran says that is was university students in England, sharing his music on file sharing networks, that helped him get noticed. “I know that’s a bad thing to say, because I’m part of a music industry that doesn’t like illegal file sharing,” said Sheeran.

However, Sheeran says that musicians today may no longer need file sharing to get noticed and that fans no longer need to download illegally, all thanks to the availability of legal streaming platforms.

In other words, piracy has always been used as a discovery platform, and that’s its main redeeming feature. With legal streaming via YouTube and Spotify is taking on piracy in a big way, these platforms also now act as discovery platforms, both for musicians to get noticed and for music fans to find new artists to listen to.

A little update on a story from a month ago when Google’s Chrome removed the ability to disable the controversial Widevine DRM. Thanks to “user feedback” (also known as angry and vocal complaints), Google has re-added the ability to disable Widevine, as well as other plug-ins that were made mandatory with the version 57 update. Who says complaining doesn’t work?

With the PS4 back on top after a couple of months of Xbox One victory (thanks to the Xbox One S) in the hugely important U.S. market, the global picture still sees Sony on top, rather comfortably.

The PS4 is still comfortably beating the Xbox One

The PS4 is still enjoying almost a 2-to-1 sales margin over the Xbox One according to the latest IHS Markit report, with 53 million PS4s already sold compared to only 27.6 million Xbox Ones.

March’s NPD report will be extremely interesting, due to the introduction of the Switch. Nintendo seems to be onto a real hit with the hugely popular (and instantly out of stock) Switch, and it will give the Sony, Microsoft duopoly a real run for its money.

Will you switch to the Switch? Or keep on playing with the PS4, or keep on spending one on one time with your Xbox One?

Sorry for the lame play on words, it’s been a long week.

What hasn’t been that long is the length of this WNR. But why waste words when you don’t need to. Especially when you’re not being paid by the word. See you next week!

This entry was posted on Sunday, March 26th, 2017 at 3:00 pm and is filed under Copyright, Electronics, Gaming, News Roundup, Nintendo Wii, Wii U, Switch, NPD Analysis, PS3, PS4, Xbox 360, Xbox One. You can follow any responses to this entry through the RSS 2.0 feed. Both comments and pings are currently closed.