A bit sleep deprived today, so please let me apologize in advance for the “quality” and brevity of this week’s WNR.

With BitTorrent Inc having just made a major move in monetizing the techology for content creators via its BitTorrent Bundle network, where artists can distribute their content via BitTorrent technology and still get paid, the company responsible for inventing the file transfer protocol (and not responsible for how people use it) has released the results of a survey that shows BitTorrent users are also big spenders.

In keeping with the theme of this WNR, I’ll leave you to read the details of the survey in the actual news report (link above), but suffice to say, it reinforces what we already know about big downloaders – that they are big content consumers, sometimes illegally downloaded content, but also a lot of the legal variety.

People who really love music, movies or games, will find ways to consume them even when they’ve run out of financial resources to pay for it legally. People who don’t download pirated stuff, on the other hand, probably also don’t buy a lot of stuff in the first place. And yet, the creative industries love the second group, and want to kick the first group off the Internet. Piracy is not a black and white issue, and it’s not in anyone’s best interest to simply label pirates as criminals.

And just as pointless and a potentially dangerous course of action would be the censorship option. An option that has been tried elsewhere with little success (considering how easy it is for anyone serious about pirating to circumvent the block), but still an option that Australia’s government may put into action soon. The only pirates that censorship stops are those that that technically inept, and I would assume that these users are the definition of the casual, infrequent downloader.

So while censorship may stop a few downloaders in Australia, it will not stop the frequent downloaders, which may very well be the same type of users that are also accessing legal services like Netflix. A recent Sandvine report found that, in the case of one fixed network in Australia, 2.5% of users were already accessing Netflix, despite the service not being officially available yet. This situation will change soon though, with Netflix officially landing downunder (and in New Zealand) in March 2015.

The introduction of Netflix (officially) in Australia could very well be the catalyst for a major reduction in piracy here though, but if the government can get their censorship regime in place before then, you just know they will spin any reductions on their useless actions, rather than proper consumer-led solutions like Netflix.

Netflix: All your bandwidth are belong to us

Going back to the Sandvine report on bandwidth usage, Netflix’s share of peak download traffic in North America grew, slightly, compared to the last report six months ago. It now accounts for nearly 35% of peak downloads, up from 34%. Amazon Instant Video, the second most popular SVOD provider, only accounted for 2.6% of traffic – and even this was up dramatically from 18 months ago. HBO Go continues to lag behind all the other services, with it being only 1% of traffic – HBO’s standalone streaming product can’t come sooner for HBO if it wants to catch up.

Sandvine also found that filesharing’s share of the bandwidth pie continues to fall in most regions around the world, with the losses become gains for services like Netflix. Nothing to do with website blocking, three strikes, or people being sued.

Netflix’s growing dominance is becoming a big worry for TV networks. So much so that Nielsen, the ratings people, will start tracking Netflix and other streaming usage so they can provide networks with a clearer view of how Netflix may be hurting their viewing figures. Considering that a lot of Netflix’s content comes from networks, this could mean higher licensing fees being charged to Netflix, which could also lead to less content (or more delays to releases). The fight between the old and the new continues. 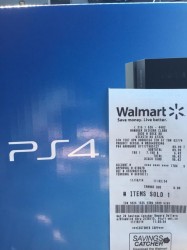 I don’t want to do too much on the NPD while being sleep deprived, so I’ll leave most of it for next week, but I just wanted to mention that, according to the NPD, Wii U sales have risen 47% since last year. While this may sound impressive, considering how poorly the Wii U was doing this time last year, it may not be so impressive after all. But with a release of a few more first-party must-have titles, like Mario Kart, and with prices dropping enough to make it a good choice for the budget conscious, it’s only natural that the Wii U’s popularity will grow. Will it be enough to keep Nintendo out of trouble financially, hard to say really.

The real problem for the Wii U is that the PS4 and the Xbox One are also getting better in the value stakes, with aggressive competition forcing down prices. Of course, there are also other factors that are allowing people to pay less for these two top consoles: fraud! Apparently, people are setting up fake Amazon Marketplace listings for impossibly cheap PS4s (like $89.99 cheap), and getting Walmart to price match based on their online price matching policy.

Walmart unfortunately did not clue up fast enough, and a few people did manage to grab a few cheap PS4s before Walmart bought down the ban hammer on Amazon Marketplace price matching. For what you’re getting, $400 is not that much, so I’d definitely recommend paying the normal sales price before contemplating this or other similar methods (which could land you in big trouble).

Actually, the WNR wasn’t as short as I thought it would be, ramblings of a sleep deprived mad man as it may very well be. See you next week!

This entry was posted on Sunday, November 23rd, 2014 at 5:34 pm and is filed under Copyright, Gaming, News Roundup, Nintendo Wii, Wii U, Switch, PS3, PS4, Video Technology. You can follow any responses to this entry through the RSS 2.0 feed. Both comments and pings are currently closed.