Welcome to the two hundred and sixty third weekly news roundup – may the news be ever in your favour. Yes, I’ve recently watched and read The Hunger Games (and the other two books in the trilogy too), stories that are right up the alley for a self confessed post-apocalyp-fanatic like myself. My favourite character in the book is Buttercup. Why does Buttercup have to be a black (and white) cat in the movie, not gonna lie, kind of ruined the movie.

It’s one of those weeks where everything appears perfectly calm, and then everything sneaks up upon you in the last minute. A couple of stories have been intentionally left to next week in case there’s a drought of stories. Let’s get started.

Sometimes you read a story and you can’t help but feel sick to your stomach at the whole copyright lobbying machine that has been created by the unholy marriage between the copyright lobby and the US government. Attorney General Eric Holder this week revealed that the DoJ has been spending tax payer money helping the music and movie industries spread their propaganda overseas, or to state it in a more neutral manner, to help “educated” thousands of foreign judges, prosecutors, investigators and even policymakers. 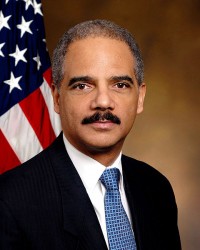 Attorney General Eric Holder is proud of the fact that the DoJ has been “educating” foreign judges, prosecutors and policymakers on copyright issues

In other words, the DoJ, at tax payer expense, has been peddling the often exaggerated “facts” that have no doubt been provided directly by the likes of the MPAA and RIAA, all in the name of helping to keep America’s economy strong (by helping these industries holding on to outdated business models, and denying the potential of the Internet).

What made me sick though was suddenly remembering what SOPA/PIPA would have allowed the DoJ to do – to go into these foreign jurisdictions and sue IP “thieves” (again using tax payer funds) on behalf of the likes of Sony and Fox (who obviously can’t afford to hire their own lawyers). They would be putting their case in front of foreign judges that they have already spent vast sums “educating”, judges that will rule based on laws made by policymakers that the DoJ have also been “educating”. Well it’s a shame for them though that SOPA/PIPA didn’t pass, isn’t it?

And it’s not as if the US even needs to educate other countries in how to be totally over-the-top when it comes to copyright enforcement – these other countries have their own lobbyists too, you know. Like the UK’s Federation Against Software Theft (FAST), and their attempt to stop 4G piracy before it even starts.

Despite the high cost of 4G bandwidth, FAST says that this could become a real problem sometime in the future, and therefore, it is asking the regulators to take a serious look at this and other technologies. No doubt the “other” may eventually include public Wi-Fi hotspots, regulations on which may very well kill off these ever more useful services.

Spotify helping to reduce piracy? The stats seems to point that way …

It’s this kind of backwards thinking that, I think, has hampered any real effort to combat online piracy. And a new study confirms that, in most cases, fighting piracy should be done by giving the people what they want, not stopping them doing what they’re already doing. Against staying in the UK, Musicmetric’s Digital Music Index report found that music BitTorrent piracy rates were more likely to decrease  in regions that has access to Spotify, than in regions that did not have the freemium based streaming service.

But you don’t need a degree in, well, anything to know that competing with piracy does a better job of defeating it than simply trying to prevent it. Spotify does that in spades, and that’s why it’s so popular. 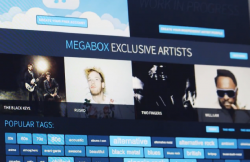 A screengrab of the upcoming Megabox website, highlighting “exclusive artists” including ‘The Black Keys’, ‘Rusko’, ‘Two Fingers’ and ‘will.i.am’

What may also become popular is Kim Dotcom’s next venture, Megabox. This week, Dotcom revealed that coding for the new music downloading website is 90% complete. The news that the “new Mega” might launch this year, before even the extradition proceedings have been completed for Dotcom, should rightly annoy the U.S. prosecutors handling the case. Megabox, for those that don’t know, aims to cut out the middleman, the record industry championed by the RIAA (who was probably instrumental in getting Megaupload taken down), and to connect music fans directly with artists. Artists will get 90% of all revenue earned via advertising associated with the site, as well as from direct music purchases. As for fears Megabox will face the same fate as Megaupload, Kim Dotcom assures us that this will be “impossible”.

What also isn’t possible, at least right now, is for Doctom and Megaupload to extricate themselves from the criminal case pending in the U.S. A judge this week ruled against Megaupload’s motion to dismiss, siding with prosecutors who believe that it is indeed possible to launch proceedings against a company that doesn’t actually have an U.S. office. There are still some procedural concerns though that the judge has left open for future examination of the dismissal question, including the actual handing over of the charging documents that prosecutors have failed to do so far. With extradition proceedings pending until early next year, any permanent ruling over the motion to dismiss will have to happen afterwards.

It’s that time of the month again. For 21 months in a row now, the Xbox 360 has been crowned the best selling home based console, beating the PS3 and the Wii (probably in this order) in the NPD monthly sales report. With both Sony and Nintendo tight lipped again about their sales figures, there will be no NPD analysis this month again. The September reporting period may also have included (or just missed out on) a couple of days of sales for the PS3 Super Slim, but no statement was forthcoming from Sony at the current time.

For the Xbox 360, it managed to sell 270,000 units, down some 38.4% compared to the same month a year ago. Even with the decline in sales, it managed to account for 49% of home based console sales, meaning that even when you combine the Wii and PS3 numbers, they’re only a tiny bit more than just the 360 number by themselves.

Not long to go until the Wii U, so Microsoft better make the most out of their current “victories”.

That’s that for the week. See you again in seven days.

This entry was posted on Sunday, October 14th, 2012 at 4:00 pm and is filed under Copyright, News Roundup, Nintendo Wii, Wii U, Switch, NPD Analysis, PS3, PS4, Xbox 360, Xbox One. You can follow any responses to this entry through the RSS 2.0 feed. Both comments and pings are currently closed.