Sorry for the lateness of this roundup. Two things happened. One, I was an idiot and slammed the car door on my left index finger, and so typing, while not impossible, became not quite a pleasant experience. And two, there really wasn’t much going on. So the originally plan was, before the finger ouchie, was to do a kind of brief roundup for the year. That is still the plan, but I’m afraid it will be even briefer now.

So a lot has happened in terms of copyright news, and and in another aspect, not much has happened. Hollywood and the music industry are still going after the “bad guys”, only the bad guys will change from time to time (the lack of any effect on piracy, remains unchanged). 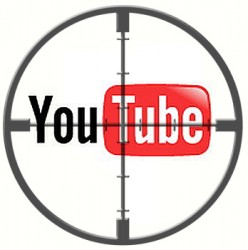 For the music industry, YouTube is now the new enemy number one, after having bit of a whinge at Spotify last year. Both YouTube and Spotify have virtually ended piracy as a thing, but because the music industry doesn’t make as money from these platforms as they like (kinda their own fault for not inventing these platforms, the ones that their customers had pleaded for them to introduce, and leaving it for the tech heads to disrupt the industry), they hate it.

They do have a point. As I’m typing this, I’m listening to The Last Jedi soundtrack on YouTube, an official legal upload by DisneyVEVO. There will be lots of people like me that, because of the availability of free listening, won’t bother to pay for it. And the ad money that these uploads make, won’t amount to much I suspect (the same ad for the movie Ferdinand playing over and over again hasn’t made me want to watch it). But in the past, people like me might have just pirated the soundtrack which means no revenue for the labels. So you win some, you lose some. And perhaps there will be others that actually buy the music after hearing and liking it on YouTube or Spotify.

But the fact of the matter is that streaming now accounts for the majority of the music industry’s income, income that has shrunk a lot since the heydays of CDs. People not willing to pay as much for music is now a reality, regardless of who is to blame (and maybe the greater availability of entertainment, from Blu-rays to Netflix to mobile gaming to social media, none of which existed during the peak of CD sales, has had a greater effect than piracy or even the move to digital). Accepting the reality and trying to adapt to it is a much better strategy than complaining about the present and reminiscing about the “good old days”. 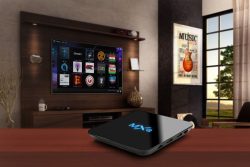 For Hollywood, they too have a new Boogeyman in the form of Kodi boxes. Kodi boxes makes piracy too easy, argues the MPAA. This is true, but it wasn’t as if piracy was rocket science to begin with (especially if you have a geeky boyfriend/girlfriend/brother/sister/cousin/friend that can help you out). The real reason the MPAA is going after Kodi box makers is that it’s easy. These people usually have a traceable bank account, maybe even a real business address, and so it’s so much easier than going after Torrent sites and private trackers.

Going after someone, particularly an easy target that you can take to court and win easy cases against, makes the industry feel they’re doing something, and makes the MPAA relevant. It has no actual effect on anything though, because all that will happen is that we’ll begin to see a lot more Kodi box makers emerge from the traditional markets that are out of the jurisdiction and reach of the MPAA. People will also now learn how to make their own Kodi boxes, which isn’t too hard to begin with (again, the geeky boyfriend/girlfriend/brother/sister/… comes in handy).

Hacking has become a real problem for Hollywood though, with the high profile HBO hack coming to mind. It’s not as disruptive as say general piracy, but in many ways, it is much more damaging. Not just the leak of unreleased content, but also emails and other data that studios would liked to have remained private.

There is also renewed attack on Safe Harbor protection, not just in the U.S., but in Australia too. Hollywood is seeking to erode the legal protection offered to tech companies, protection that has been essential in the creation of platforms like YouTube and Facebook. To be fair, this line of attack is not new, but Hollywood and the copyright industry are getting closer to rewriting copyright law than ever before.

And finally, the Weinstein expose will hopefully have a positive effect on the perverse and unhealthy culture in Hollywood and elsewhere.

Disney (and Fox) will be a real threat to Netflix

The biggest disruption to business as usual in Hollywood in 2017 may have only occurred in the last few days, with the news that Disney will buy Fox. Two huge studios are now just one mega huge studio, and that has wide ranging effects on all parts of the industry. With Disney already announcing they’re coming after Netflix, the acquisition of Fox means they now have the content to mount a real battle. There is also Hulu, which has had a great year thanks to The Handmaid’s Tale. Hulu is co-owned by Fox, Disney and a few others – it will now be majority owned by Disney, and is already a threat to Netflix and Amazon.

And the timing of the acquisition and the move into the streaming market couldn’t be more better. With the physical media business, one that Disney dominates thanks to its mega franchises, losing steam again in 2017 after a brief hiatus in 2016, the signs are already there. Ultra HD Blu-ray has done well actually, but it was always a niche market and the declines in standard Blu-rays and DVDs cannot be ignored (sales dropped by 8.5% and 15.7% respectively for Black Friday).

2017 probably marked the end of 3D as a serious format on home video as well, with fewer and fewer 3D TV sets being produced, and not that many movies being released either. 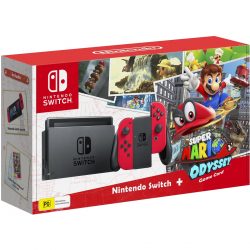 The Nintendo Switch is the must-have toy for Christmas

Gaming also saw some big changes in 2017. Two big new (or newish) consoles were released in 2017, the Nintendo Switch and the Xbox One X. But only one of these will be the must-have item for Christmas, and that’s the Nintendo console. The hybrid nature of the console, the line-up of great games (Zelda in particular), and the same-old-same-ness of the PS4 and Xbox One offerings really helped to convince many that the Switch is the one to have. Just about every Christmas ad I’ve seen for department store or online retailers, or even credit card companies, feature the Switch as a much wanted gift. This is just a reflection of reality, but at the same time, it’s great promotion for Nintendo.

It was a big gamble for Nintendo, and I’m happy for them that it paid off. Creativity and risk taking is something that the gaming industry lacks sometimes, and so it’s always nice to see innovation win the day, rather than just better graphics and higher framerates.

I know it’s not much of a roundup, and I’m sure I’ve actually missed talking about most of the things that have happened this year, but you know how hard it is to type without your left index finger? Actually not as hard as I thought it would be, but still hard. Until next week or when my finger heals a bit more, have a great one!

This entry was posted on Monday, December 18th, 2017 at 9:05 pm and is filed under Copyright, DVD, Electronics, Gaming, High Definition (Blu-ray/HD DVD/4K), Movies, News Roundup, Nintendo Wii, Wii U, Switch, PS3, PS4, Video Technology, Xbox 360, Xbox One. You can follow any responses to this entry through the RSS 2.0 feed. Both comments and pings are currently closed.