And I’m back! Sorry for the long hiatus, but I’m now back from vacation, refreshed and ready to give you another few hundred words every week that you probably won’t want to read. It’s good to be back!

Gonna keep it short though, still coming back from jet lag so the mind’s not so sharp.

Want to watch The Hateful Eight in 4K? Piracy is your answer!

This is what happens when you don’t serve market demand. With no legal way to watch Tarantino’s ‘The Hateful Eight’ in 4K, pirates have stepped up to the plate and delivered. Just how exactly they did it, is a bit of a mystery. It may have been sourced from a legal Russian site, but how the encryption was broken, if it was broken, is the subject of much speculation.

In any case, fans of the film can now watch it in 4K, the way it was intended to be watched, and the powers that be that made the decision not to make it available to buy or rent in 4K have nobody to blame but themselves.

The wider implication from this release is that a widely used copy protection scheme could have been broken for the very first time, which may signal a new flood of top tier content, in top tier quality, flooding the piracy scene in the short term.

Two new PS4s, but no Ultra HD Blu-ray for either …

So a lot has happened in gaming while I was gone. Sony has finally let the cat out of the bag, the same cat they kept hidden at E3 for (what now appears to be) no reason at all. The PS4 Slim and Pro have been officially unveiled, the former is already available, while the latter comes in November, a full year before Microsoft’s own upgraded Xbox One arrives.

Thanks to an active rumour mill, there weren’t any real surprises except for a biggie – the PS4 Pro, which has been upgraded with 4K in mind, won’t play Ultra HD Blu-ray discs. This is because the upgraded PS4 won’t have an upgraded Blu-ray drive capable of reading these higher capacity discs, even though every other part of the hardware is more than good enough for UHD playback.

The decision to leave out UHD Blu-ray playback is compounded by the fact that the Slim’s main rival, that’s already on the market for the same price, already has UHD Blu-ray playback. Microsoft has pulled off a masterstroke in deciding to go down the UHD route with the Xbox One S, something nobody expected, not when the S is marketed at a price that’s cheaper than most standalone players on the market. 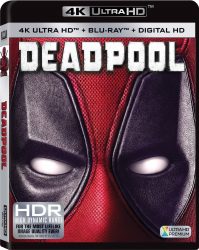 The Xbox One S can, but the PS4 Pro can’t – Ultra HD Blu-ray movies like Deadpool won’t work on the PS4

It’s definitely a surprising omission from a company that once risked too much to include playback of a new disc format with their brand new console. Perhaps the mistake of including Blu-ray playback with PS3 (which delayed the console’s release and led to the console’s notoriously high launch pricing) is what prevented Sony from including UHD Blu-ray playback with the PS4 Slim or Pro. Also surprisingly, Sony has shown little interest in UHD Blu-ray, with their first standalone player not even coming until next year (and it’s a premium, high-end model to boot) – the slow ramp up to UHD may also explain why Sony was just not ready to include UHD Blu-ray in the upgraded PS4s.

Also disappointing fans slightly is the fact that the PS4 Pro’s hardware upgrade, while significant, won’t be able to compete with the Xbox One “Scorpio” when it’s available in 2017. Bragging rights still count for a lot in 2016 (and 2017), and it could be the case that for the rest of this console generation, the Xbox One will bcome the more powerful console (and the one more capable of handling games in 4K).

And to make things worse for Sony fanboys, the Xbox One beat the PS4 in sales again in August – that’s two months in a row. Of course, Sony will probably reclaim the throne in September when the Slim goes sale

That’s all we have for the week. It’s good to get back into the swing of things, even if it means swapping the nice warm Mediterranean for wet and freezing Melbourne.

This entry was posted on Sunday, September 18th, 2016 at 3:21 pm and is filed under Copyright, Electronics, Gaming, High Definition (Blu-ray/HD DVD/4K), News Roundup, NPD Analysis, PS3, PS4, Video Technology, Xbox 360, Xbox One. You can follow any responses to this entry through the RSS 2.0 feed. Both comments and pings are currently closed.