A somewhat fairly quiet week, so I decided to finish off the NPD 2009 analysis, which you can see here. Nothing all too surprising if you’ve been following my monthly NDP analysis, although it was interesting to see that the Wii was still down 5.7% in sales compared to last year despite the most excellent December numbers. Xbox 360 console sales remained pretty much unchanged from last year, which is either a good thing (in that sales haven’t fallen) or a bad things, considering PS3 sales, thanks to the price cut and the Slim, rose 22.3% over the year (although it still didn’t manage to outsell the Xbox 360, which just shows how poorly the PS3 did in 2008).

Let’s start with the copyright news. The hypocritical French government is at it again, this time committing yet another act of copyright abuse. This time, it was the anti-piracy agency HADOPI, which is tasked with overseeing the three-strikes system. By using unauthorised fonts in their logo, they are now threatened with a lawsuit from the owner of the copyright holder. By my count, that’s a lot more than 3 strikes for the French government and their anti-piracy brigade – time to ban them from the Internet I suppose, or better, ban them from messing up the Internet.

When they’re not busy suing single mothers and students (more on that later), the RIAA, MPAA and their lackeys are looking for other targets to attack. And this time, it’s the military. Personnel serving overseas will try to stay in touch with what’s going on back at home in any way they can, and this includes trying to get access to the latest entertainment, including the latest music releases and movies. Unfortunately, it’s not always easy to find legal sources for these content, with many online stores refusing to ship items to certain overseas locations (and not to mention the cost). And this is why many resort to illegal downloads, which provides a source of entertainment when legal ones do not exist. The RIAA and MPAA often use patriotism in their arguments, about protecting American jobs and such, so surely it would be another act of patriotism to provide cheap or free content for overseas military personnel. But instead, the RIAA and the MPAA with support from the US Department of Defence is launching a crackdown on illegal downloads. I do wonder just how much money the RIAA and the MPAA has lost to illegal downloads attributed to the military, and is it really that huge of a problem to get the DoD involved, during wartime no less. It’s more to do with the principle of the thing, I mean how bad would it look for the RIAA/MPAA  if the very people risking live and limb everyday to defend their freedoms didn’t even pay for the latest Lady Gaga single, even though they don’t actually have the choice to pay for it due to lack of a legal source. I mean, how dare they!

And I guess if they can squeeze $1.92 million from single mothers, the RIAA probably thinks it can squeeze a couple of million more from the military. They may have to think again if that’s their strategy, because a judge has finally put an end to incredible damages and reduced it by $1,866,000. Jammie Thomas-Rasset will now only have to pay $54,000 in damages, or $2,250 per song (that’s worth about $0.80 today). It’s still a lot, but it will give hope to that other RIAA victim, Joel Tenenbaum, who is seeking to appeal his own verdict and to ask the $675,000 damages to be reduced as well. The judge couldn’t justify a near two million dollar judgement for the simple act of trying to secure some free music, which made it necessary to also share these music files with others. Finally, a judge that seems to understand that the intention of Rasset and Tenenbaum was never to illegal distribute songs, but rather, to get free music. Any file sharing was just a side effect of the process. The difference between this and someone who actually intentionally leaks copyright materials online, or who seeks profit from sharing music, needs to be distinguished when it comes to handing out damages. The RIAA has yet to respond to this “setback”, and they could even seek a new trial, as their attempt to make an example of Jammie Thomas-Rasset by seeking huge damages would be in vain.

The BPI, the UK version of the RIAA, has attacked ISP estimates on the cost of implementing a three-strikes type system for the UK. Even their estimates put the costs at tens of millions of pounds every year, and not a single cent will be contributed by the BPI, whose members have just had a record year in terms of profits. If groups like the BPI believes that a three-strikes system will work to stop piracy and improve their revenue, then you had to wonder why they are not willing to put their money where their mouth is. They will argue that they’re not responsible for online piracy, but are ISPs? And when ISPs pass on the cost to the consumers, most of whom will not be pirates either, and yet they have to pay. Then there’s the cost to the judicial system, which the government has to pay (which might still get passed to your average non pirating citizen via taxes). If the system works, then the music industry will benefit, so why would it be unfair to ask them to contribute to the cost of such a system, which according to their own estimates, will probably be less than their monthly lobbying spending. Of course, one reason why one might not want to put money towards something like this is that if you knew deep down that it simply won’t work. It might scare a few more people into not pirating, and it forces the government to accept online piracy as their responsibility (since they’re the ones now administering the three-strikes system), but through VPNs and encryption, any monitoring efforts by ISPs can be bypassed, and piracy will still go on. But I think the copyright holders know this, but getting the government to accept responsibility for piracy is probably all they need from this, after which it will make it much easier to ask for things like a piracy tax, basically a government guaranteed income. It’s certainly easier than evolving your business model or anything. 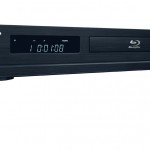 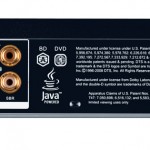 The Oppo BDP-80 costs $200 less then the highly rated BDP-83, with some removed features

But changing the business model may be the only way to truly halt piracy, since technical solutions will always have technical workarounds. Radiohead’s guitarist, Ed O’Brien, believes this to be the case, that the music industry needs to stop running “an analogue business model in a digital era”. The digital revolution has been bad for many traditional industries, like the newspaper industry, but I for one thinks that it actually brings more benefit to the music and movie industries. Certainly, DVDs (and now Blu-ray) has been pretty good for the movie industry. But the next step needs to be taken, where VHS to DVD still relies on physical media, the next step would be to move to an entirely digital platform. Physical media means production, transportation and display space and warehousing requirements for retailers. Digital media does not carry any of these overheads. So instead of stocking the top 100 CDs, retailers could easily stock a collection consisting of hundreds of thousands of songs through kiosks. And it’s even easier to do this online, by putting every single song, movie, expired TV show, lost episodes – everything – online and for sale. The obscure then becomes accessible, and anyone wanting to watch an episode of a long cancelled TV show, or a single from a virtually unknown artist from 1965, can do so and copyright holders can benefit, as long as the price it competitively. Instead of trying to sell millions of copies of the same thing to consumers, they can sell millions of different things. That’s the power of digital and the Internet.

Let’s move onto HD. Oppo has released details of their sub $300 Blu-ray player, the BDP-80. The cost cutting has been made by removing a video processor, cutting back on analogue outputs and SACD analog output, as well as removing some of the remote control functions like IR In/Out ports and a back-lit remote. Oppo recommends the new player for most people, other than those with the largest screens and want the best possible picture quality courtesy of the on-board ABT2010 video processing chip found on the $500 BDP-83.

Once the player gets released, I’m sure there will be more extensive reviews and video testing to see if the BDP-83 is still work spending extra for.

Instead, the controller add-on will be available in Autumn/Fall of 2010, possibly just before the November release date of Project Natal. The Wii-like PS3 motion controller will give a much more accurate than the Wii controller, and coupled with the PS3’s EyeToy, it can give the Wii some competition when it comes to casual games, and the Natal as well in terms of motion controls mixed together with augmented reality.

Despite the recent PS3 successes, Sony is actually suffering quite a bit as price cuts, dropping PS2 sales, and more worryingly, dropping PSP sales have caused a huge $1.3 billion revenue loss from 2008 to 2009. Both Nintendo and Microsoft only experienced negligible losses compared to 2008 ($200 million for both). Most of Sony’s losses stemmed from a $700 million drop in PS2 revenue, which was always going to happen at some point. What Sony had hoped is that PS2 gamers would have moved straight to the PS3, but that apparently hasn’t materialized (not yet, anyway). Brand loyalty apart, there are more options for PS2 gamers to upgrade to compared to PS1 games when they moved en mass to the PS2. The Xbox 360 offers cheaper gaming, while the Wii offers casual gaming that was once served by selected PS2 titles. And in terms of PS2 platform exclusives, many of them are no longer exclusive, and the must have PS3 exclusives are mostly new to the platform (Uncharted, for example). With that said, the new Final Fantasy game is coming soon that may be enough to convince many PS2 owners to upgrade, but once again, it’s no longer a platform exclusive either.

Anyhoo, that’s all I wanted to write this week. Have a nice one.

This entry was posted on Sunday, January 24th, 2010 at 7:10 pm and is filed under Copyright, Electronics, High Definition (Blu-ray/HD DVD/4K), News Roundup, Nintendo Wii, Wii U, Switch, PS3, PS4, Xbox 360, Xbox One. You can follow any responses to this entry through the RSS 2.0 feed. Both comments and pings are currently closed.