A somewhat quiet week in terms of news, but for a site like this, there’s always some excitement whenever there’s a new version of PowerDVD. I’ve had a little bit of time to play around with the new version (PowerDVD 9 Ultra), and I must say that the new features are all pretty useful. TrueTheater HD adds DVD upscaling that worked as well as WinDVD 9’s All2HD function. There’s more Blu-ray and HDMI support, and basically it all adds to an already quite feature packed player. I went through a list of “what’s new” in my last blog post, so have a look at that if you want to know whether it’s worth upgrading or not. And don’t forget to use the PowerDVD 9 discount deal if you do plan to purchase or upgrade.

Let’s start with the copyright news. The Pirate Bay trial is over, which I thought was rather quick. I guess it’s not like on TV where a court case goes on for what seem like years. 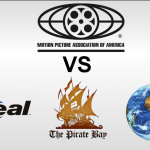 The MPAA versus all its (current) enemies

I have no idea how it went, and what the verdict will be, but with these sort of things, you always fear the worst. But if The Pirate Bay people can get a victory, even if it will be appealed, then that’s a massive blow for the MPAA. The verdict will be known in a month and a half’s time, but if I had to guess, I would say it’s a win for the MPAA. The “system” is all set up to favour the “big” companies, and I can’t see the MPAA going to court without being somewhat sure of a victory. Let’s hope I’m completely wrong (good odds on that!), and that TPB’s victory can start a chain reaction in terms of the industry’s opinion that litigation is better than mitigation (mitigating the risk of piracy by introducing more consumer friendly services to compete).

The MPAA’s other big profile case at the moment is against Real Networks, for their RealDVD software. The MPAA now claims that Real Networks destroyed evidence and that RealDVD is based on work by hackers. Of course they’ll claim that. They’ll says Real Networks worships the devil if it helps them win the case. I actually think Real Networks have a good chance to win this one, because you cannot say they did not try to prevent piracy, as one layer of (easily hacked) DRM became two layers after processing in RealDVD, and it became harder to crack as a result, not easier. The only area which they look vulnerable is the CSS licensing area, where they allowed CSS content to be played without the original disc, which the MPAA has won cases on before.

Boy, it sure was a busy week for the MPAA. They also took time out of their busy court schedules to report on a study that said that piracy equals terrorism. The usual scaremongering from the MPAA, nothing that we have not come to expect from them. But what they’re really saying is that, in their warped minds, terrorism is just as light as an offence as movie piracy. Doesn’t this give comfort to terrorists, to make them think that what they’re doing is only as serious  as what millions of other people are doing at this very moment? Make of that what you will.

With so many things on the MPAA plates, and despite their budget being cut by $20m due to the economic crisis, you would think the piracy situation is so desperate that action must be taken now while they still can. And you would be wrong. Ticket sales increased by 17.5% in 2008, even after a record breaking 2007. We all know that piracy has increased, at least from what the MPAA tells us. So does piracy equals ticket sales? You won’t hear the MPAA say this out loud, that’s for sure.

To HD news we go. Windows 7, which will supports a whole lot of video and audio formats, including Blu-ray’s H.264 (and VC-1, which of course will be supported as it’s a Microsoft format). But Windows 7 will not support Blu-ray playback.

Now the first reaction people may have is that this is Microsoft’s way of hitting back after backing the wrong horse in the HD format war, but it really isn’t the case here I don’t think. The problem with having Blu-ray support is that if you add the licensing costs for AACS, Dolby, DTS, BD-J and the Blu-ray licensing fee, you end up increasing the cost of each Windows 7 version by $10 to $20. Times that by the millions of copies that Windows 7 will sell, then you have a serious cost problem for Microsoft, especially considering that most people won’t even use their PCs to play Blu-ray movies, and that’s if they have Blu-ray movies to play in the first place. So this is a sensible decision, and it looks like we’ll still have to rely on third party software like PowerDVD 9 to make Blu-ray playback possible. Speaking of PowerDVD 9, one of the new features is “Cinema Mode” which better integrates it with Windows Media Center, and this is very much welcomed for those with home theatre PC setups.

The HD format war may not be entirely over though. Warner Bros, the company that sealed HD DVD’s fate when it went Blu-ray exclusive, is now supporting HD DVD’s sister format, the CBHD format. But don’t worry yet, this format is a China only format for the Chinese market. It’s not the best of news for Blu-ray, because it is also trying to get into the Chinese market so it can lower overall costs for the rest of the world, but that’s assuming CBHD makes it as a format. I think it will struggle, because without a “global” format to back it up, it’s going to be hard to get studio support. Warner has always been eager to get into the Chinese market, they even supported VCD and SVCD at one point, but I can’t see other studios being that keen, especially when they’re also major Blu-ray backers. 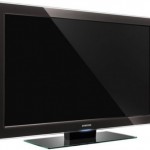 Samsung's 9 Series may help cure me of my plasma bias

Now I’m a big fan of plasma TVs, but ever since Pioneer announced that they would pull out of the plasma market, I’ve been looking around for alternatives. I’ve never really liked LCD TVs, mainly due to the main weaknesses of the format, including backlight bleeding, poor black definition and such. But LCD TVs with LED back lighting, such as the Samsung 9 series which has officially become Australia’s most popular LCD TV, seems like something that can finally give plasmas a run for its money. I started this blog by writing a few posts about choosing the right TV, and perhaps it’s time to update that again, but the things that I listed in that post are still relevant today: HDMI inputs (the Samsung has 4 of them, which is quite generous), Resolution/Refresh (most are not 1080p, and with support for 120 Hz, which is nice to see), PC inputs and how it deals with SD content. So I can’t say that I’m totally convinced by TVs like the Samsung 9 series, I can safely say that they are definitely one of the favourites for being my next TV. That or if OLED comes to the market sooner than my next TV purchase, which given my current economic situation, might very well be a reality as it might be years before I can afford a new TV.

And 3DHDLEDTV? Maybe for the theater, but not for the home theatre yet, at least according to the director of the new animated film, Monsters vs Aliens.

And in gaming, not much happened. The usual “PS3 is awesomer than the Xbox 360” and the “Xbox 360 is king of everything”, and of course the “Wii kicks ass all the way” type of news stories that I won’t even bother reading, much less post here. All I will say again this week is this to Sony in regards to improving PS3 sales : “It’s the price, stupid”.

Back to dreaming about my next TV. See you next week.

This entry was posted on Sunday, March 8th, 2009 at 6:05 pm and is filed under Computing, Copyright, Electronics, High Definition (Blu-ray/HD DVD/4K), News Roundup, PS3, PS4. You can follow any responses to this entry through the RSS 2.0 feed. Both comments and pings are currently closed.