PC Building Step 1: Find a place to store a lot of boxes

A pretty quiet week. I wonder if it’s because of MLK Day, but certainly the news stories only started to flow at the end of the week, too late to make it into this edition of the WNR.

Some update on the PC build front – all the parts have finally arrived, and the build can begin proper. Keep on eye out for our series of blog posts on this, which will feature plenty of hints and tips for those looking to start on their own build. In the meantime, feast your eyes on these glorious pics (of a very messy section of my office).

Let’s get started with this very short WNR. 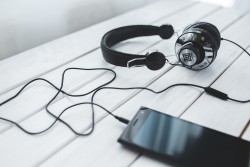 People may be using piracy to sample new music

Some would like you to be believe that piracy is always bad, and that it always leads to losses for the rights-holders. There are also those that say piracy is never harmful, and it may even be beneficial. But like most things in life, the truth lies somewhere between these two extreme, and it’s far more complicated than a simple ‘yes’ or ‘no.

And so concludes a new study which looked at (admittedly old data, from 2008) piracy and how it relates to sales, and found that piracy does indeed negatively affect sales, but can also boost sales at times. According to the paper, piracy affects physical purchases, while helping digital sales, and the least well known artists have more to lose than those that are more popular. This last point is interesting, as it seems to suggest that pirates are picking and choosing which music they pirate, and once they do that, which music they end up paying for. It’s almost as if they’re treating piracy as a discovery tool, to trial new music without having to pay the full price. Good, popular music have less to lose from piracy (and may even gain from it, thanks to the word-of-mouth effect), while bad or unpopular music aren’t being purchased when there’s a free pirated version around.

This is perhaps why Spotify and others like it has become so popular, so quickly, especially among (former) pirates. Spotify is giving them the chance to discover new music without having to be out of pocket, the difference now being that, thanks to ad-supported listening, the artists can get something out of it. Not much, but certainly more than what they would get from piracy. But if you make bad music nobody wants, don’t be surprised that people will listen to it on Spotify and not pay for it. 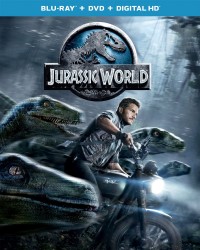 With news hard to come by this week, I finally had the time to write the 2015 Blu-ray sales analysis article, Blu-ray: The State of Play – 2015. Based stats that I’ve been posting weekly through the entire year, and comparing with the same stats from a year ago, the conclusion definitely seem to point to 2013 being Blu-ray’s peak year in terms of sales revenue. Things have been going backwards for two year’s in a row now (although 2015’s decline was slower than that experienced in 2014), despite there being no lack of big titles, including Big Hero 6, The Hobbit: The Battle of the Five Armies, Furious 7, Jurassic World and Minions. Jurassic World was the title to beat in 2015 though (just like The Force Awakens is likely to be hard to beat in 2016), not surprising considering that at the time of its release, it was the third biggest movie in history. There was nothing like it in 2014, and yet Blu-ray revenue was still higher then.

Of course, falling Blu-ray prices contribute to the decline in revenue, but the digital evolution is obviously having an effect too, especially considering you can get pretty good quality HD (and even 4K) from most of the digital outlets, including streaming.

Will Ultra HD Blu-ray lift Blu-ray revenue out from its steady decline? Probably not. There’s just not enough display hardware, and software available in 2016 to make a huge difference, and even if it turns out to be a mainstream success, all it will do is to eat into standard Blu-ray and DVD sales number, without necessarily creating new customers (like DVD did when it first came out). I think the people that will dig Ultra HD and 4K, are those that are already heavily invested into Blu-ray – they will spend money, maybe a little bit more money than normal on Ultra HD, but the average Joe is already looking way from discs, towards streaming and downloads.

And I’m already looking away from my monitor, towards getting my new build up and running. See you next week!

This entry was posted on Sunday, January 24th, 2016 at 3:54 pm and is filed under 3D, Computing, Copyright, DVD, High Definition (Blu-ray/HD DVD/4K), Movies, News Roundup, Video Technology. You can follow any responses to this entry through the RSS 2.0 feed. Both comments and pings are currently closed.