Welcome to another edition of the WNR. I’m still well immersed in the world of GTA V and Los Santos this week, and haven’t been so enamored with a game since the early days of Skyrim (before killing giants got boring). To those that criticize people like me for not embracing reality, and instead choosing to hide in the fantastic world of GTA V – well, if I could steal a blimp, skydive from it as I watch it crash and burn into a well populated area in the real world without danger or a lengthy prison sentence, then I would have done it already. GTA V is not about reality. It’s about hijacking someone’s car, running over them, and then getting out of the car to steal the money they just dropped.

Google must have been feeling generous this week when it removed the term “BitTorrent” from the list of blacklisted auto-complete keywords. Or maybe BitTorrent Inc’s recent PR campaign has had the intended effect in illustrating the fact that BitTorrent is in fact the legal name of a company that does completely legitimate business. Even Google, with its slew of lawyers, might have had a hard time arguing why the name of a well known company was being blacklisted, on purpose, in court.

BitTorrent is no longer a dirty piracy word, according to Google

Of course, how most people use the term is very different to how BitTorrent Inc want people to use it, and allowing BitTorrent to grace the selection choices of auto-complete opens the door slightly again to piracy related search phrases. Type “Homeland bit” into Google, and you can see for yourself just what kind of suggested search terms Google is once again providing (most of these terms lead to pirated content, it has to be said).

The MPAA and their ilk will probably paint this as Google brazenly encouraging piracy. But I feel it is a bit of a stretch to suggest that people searching for “Homeland bit” would have otherwise not finished typing the “torrent” part of the search term had it not been for Google’s auto-complete suggestion. Or that not offering the suggestion somehow leads to less piracy.

Should HBO offer an online-only subscription plan à la Netflix? Ask almost anyone on the Internet, and they will say yes. Ask anyone with a bit of authority at HBO, and they’ll tell you they’re not interested. At a Goldman Sachs conference this week, it was potential HBO competitor Netflix that made the suggestion again that HBO should look towards online if it wants to grow its customer base.

If HBO were to take Netflix’s suggestion on board, then viewers would be the obvious winners. It means many will no longer need to keep an expensive cable subscription just to watch Game of Thrones, and it will also have a hugely positive effect on piracy by offering people the opportunity to view HBO’s hit shows in the medium of their choice, possibly at a lower cost. 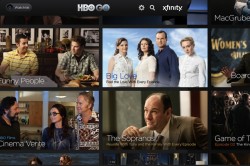 The obvious losers would be the cable networks, who are increasingly dependent on premium networks like HBO to keep them in business. And this is perhaps why Netflix wants HBO to compete in the same space as themselves, which at first doesn’t seem to be in Netflix’s own interests. If it happens, Netflix can then become the new basic cable to HBO’s premium online offerings, and both companies, while operating on the same medium, would not then be natural competitors.

In further Netflix news, the company announced this week that all US subscribers will now have access to Super HD and 3D content. Previously, Super HD and 3D content were only available with selected participating ISPs, those that had signed up to Netflix’s Open Connect Network (which is free for ISPs to join). Comcast, for example, did not support Super HD even though many smaller ISPs did. Now, all users will have access to Netflix’s best quality streams, regardless of their ISP. Although those using ISPs not on Open Connect may experience slow downs during peak usage times, something that Open Connect was designed to prevent.

In my experience, Netflix’s Super HD, while not quite Blu-ray quality, is definitely superior to their standard 1080p streams. At a distance of about 10 feet, staring at a 60″ TV, it can be hard at times to tell the difference between Netflix Super HD and Blu-ray. Netflix’s 1080p uses 5 Mbps, compared to Super HD’s 7 Mbps, and 3D’s 12 Mbps.

Obviously, you’ll also need a device capable of supporting Super HD streams. This should mean almost all devices capable of Netflix 1080p output, which covers most of the popular devices. The notable exception being the Xbox 360, which only supports 720p Netflix streams.

Having started a new website about streaming recently (not so subtle plug, I know), I’ve been keeping an eye on all things streaming. But not just Netflix, but also game streaming. With both next-gen consoles promising game streaming of some kind, and has been the trend for this generation of the console war, Sony was the first to fill us in with juicy details of what their service could offer. And it also (sort of) solves another problem for potential PS4 owners – PS3 compatibility! 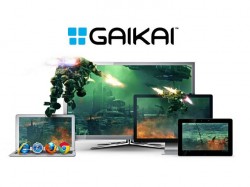 Sony announced this week at the Tokyo Game Show that PS3 games will be playable on the PS4, but only via the Gaikai cloud game streaming platform. The same set of supported PS3 titles can also be streamed on the PS3 (it does makes sense if you think about it a bit more) and even the Vita. The game will be rendered on Gaikai’s servers and beamed to your PS4 as a video stream, and will be perfectly playable as long as your connection has low latency.

For this to become a true backwards compatible solution, Sony will have to think up a way to allow previously purchased PS3 games to be playable on Gaikai, on the PS4, without the need to fork over any more cash. One possible technical solution could be as simple as inserting your PS3 game disc into the PS4, which will be used purely for authentication purposes. But the hurdle for this to happen isn’t a technical one, but one of will on Sony’s part. If Sony finds the kindness in their heart to allow this to happen, that is to allow previously purchased PS3 games to be played on Gaikai for free, then this is the kind of thing that would tip the upcoming console war crushingly in Sony’s favor.

I think that’s it for the week. Back to GTA V for me. Hurray for escapism!

This entry was posted on Sunday, September 29th, 2013 at 5:05 pm and is filed under Copyright, Gaming, News Roundup, PS3, PS4, Video Technology. You can follow any responses to this entry through the RSS 2.0 feed. Both comments and pings are currently closed.