Welcome to another edition of the WNR. I was hoping for a less gaming oriented issue this week, but fate decided that the Xbox One DRM fiasco would still continue to make headlines. And not the good kind. Serves Microsoft right for messing with DRM though.

The official sounding Commission on the Theft of American Intellectual Property, which is really just another pro-copyright group, has issued a new report with many very controversial findings and recommendations.

One recommendations calls on software vendors to implement the same type of techniques that Internet scammers have been known to use, including hijacking computers and locking documents. Under this recommendation, Microsoft, for example, would be within their right to lock and make unusable all documents created by the pirated version of Microsoft Word until users “contact law enforcement to get the password needed to unlock the account”. 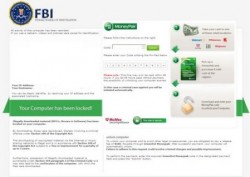 I don’t really need to explain why this is such a bad idea, but were this to happen, Internet scammers would simply love it. It would lend their scams much more authority if there were actual legitimate versions of the same scams being run by the world’s largest software companies.

The report also adds in a fair bit of fear-mongering with its anti-China and “American IP above everything else” rhetoric. Even the UN’s World Health Organization gets targeted for putting disease outbreak containment ahead of IP protection (for not checking if the drugs they’re administering to suffering patients, to prevent a deadly global pandemic, has been approved IP wise first), and the report even asks the U.S. government to cut all funding to the WHO until they get their priorities right

Read the full report here if you can stomach it.

The battle of the next-gen consoles has turned into a battle of next-gen DRM, as rumors floated around this week that Sony may very well introduce their own version of used-game DRM for the PS4.

Host of the popular “Bonus Round” podcast Geoff Keighley cited sources close to the PS4 development that Sony will introduce their own DRM to control the use of second hand games. 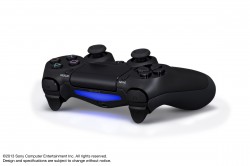 Is the PS4 getting used game DRM as well?

Back in February, just after the PS4 launched, Eurogamer spoke to Sony Worldwide Studios boss Shuhei Yoshida on this very issue. But despite Yoshida coming out with a firm statement that “used games can play on PS4” [sic], when it came to the question of resale, Yoshida was far more hesitant. Despite consulting with a Sony PR rep that was present during the interview, Yoshida was only able to refer back to the statement that used games will not be blocked on the PS4. The thing is, used games aren’t blocked on the Xbox One either. Lost in translation, or carefully chosen words by Yoshida?

Either way, we’ll find out when E3 rolls around next month. Sony will want to keep quiet and let Microsoft brew in their self-created mess until then.

If I had to bet, and based on statements Sony have made so far, the PS4 will not have the same kind of online authentication that the Xbox One will have, although the option would be left open to game publishers. Without using online authentication, Sony would find it hard to restrict the sale of used games, but their silence on the issue is still fairly disturbing.

And PS4 fans are similarly disturbed too, and they’ve taken to Twitter to warn Sony not to mess with the PS4’s DRM, using the hashtags #PS4NoDRM and #PS4USEDGAMES. Reassuringly, a few Sony executives did take to Twitter to make light of the issue and poke fun at Microsoft’s expense. One post said “we are going to have ‘DRM’ on PlayStation Vita”, only to later reveal that DRM stood for the game Death Ray Manta. Another executive thanked fans for being so passionate about the issue, and reassured them that Sony are listening.

Microsoft also acknowledged the anti-DRM sentiment, with Xbox’s Major Nelson, aka Larry Hyrb, also saying that Microsoft is listening (and I presume responding) to the backlash.

Microsoft goes into damage limitation mode over their DRM fiasco

And I have to say that it is heartwarming to see people react to yet another attempt at eroding our rights as consumers. It may do no good in the end as we end up with no choice, especially if publishers (who are all very much for used-game DRM) have their say, but at least it’s not tacit acceptance. It’s also probably time that copyright and consumer law be changed to better delineate what we as consumers can and cannot do when it comes to digital goods.

With that said, the #PS4NoDRM hashtag is a bit of a misnomer, because what fans are asking for, the status quo, already has DRM deeply embedded. The PS4’s chance of being DRM free is about as good as the console being actually free. At best, we can expect the same DRM that the PS3 uses, which is disc based authentication.

And being forced in 2013 to still rely on disc based authentication is still very frustrating, even if it’s better than what the Xbox One appears to be promising. Microsoft has it right about not using discs for authentication, because it will seem more and more outdated as time goes by, but how it went about implementing this great idea (based on the information we have so far) has been poor, to say the least.

Because if you compare say the hugely popular Steam platform, and what Microsoft is doing, it’s fundamentally not that different. Both sell games on discs, but the disc only carries the data, and the authentication process is done online. Both ties game purchases to one account, but does not limit how many machines you can access the account, and the games, on. Steam is actually much worse since there’s no avenue at all for resale or even refunds.

But the differences, where they exist, are painful. Whereas Steam allows offline play, the Xbox One will force re-authentication every 24 hours. Whereas Steam works on PCs with large and upgradable storage, the Xbox One is limited to 512GB and so far no details on how one can upgrade the capacity. And although there is no resale on Steam, resale of PC games has never been a big thing, unlike for console games. If Microsoft does make a good system for game trading and resale, then that’s a plus compared to Steam, or any digital licensing system including iTunes, in this regard.

But the biggest difference, and why people have embraced Steam while ignoring the very same problems people are complaining about the Xbox One, is the price. Steam games are usually much cheaper!

In my mind, the only way Microsoft can salvage this whole disaster is by announcing that Xbox One games will be cheaper, significantly cheaper, than Xbox 360 (and PS4) games. After all, the extra earnings that comes from regulating second hand game sales ought to provide some benefits to the consumer as well. With the right price, people will be able to see past the restricted nature of digital “ownership”, just like they are able to do so with the likes of iTunes and Steam.

And oh, don’t forget to vote in our poll about which of the next-gen consoles you prefer, based on what you’ve heard so far.

That’s it for the week. See you next week, and have a nice one before then.

This entry was posted on Sunday, June 2nd, 2013 at 5:04 pm and is filed under Copyright, Gaming, News Roundup, PS3, PS4, Xbox 360, Xbox One. You can follow any responses to this entry through the RSS 2.0 feed. Both comments and pings are currently closed.