So despite saying that I’ve no interest in the Black Friday Blu-ray sales over at Amazon US and UK, some $400 later, I think I might have been wrong. I still maintain that the actual “lightning deals” put out by Amazon US this year has been fairly tame, with most of my buys coming via normal discounting. The Amazon UK sales were better, with some proper lightning discount (picked up the Prometheus to Alien evolution boxset, currently listed for $190 for pre-order on Amazon US, for only $43), and the Men In Black Trilogy. Plenty of stuff to tie me over well into the new year.

I didn’t just waste all of my time shopping for Blu-ray bargains. I actually did find some news this week!

Should we really be surprised that the target of the latest anti-piracy police raid happens to be a 9-year-old Finnish girl? I don’t think so, because time and time again, anti-piracy agencies have shown that nothing is sacred in their pursuit of nasty, horrible web pirates. 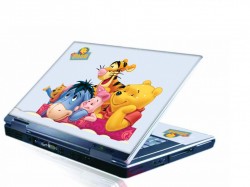 The nerve center of a major piracy operation, according to the Finnish anti-piracy agency CIAPC

For the trouble of downloading a music album that did not work anyway, and for doing the right thing the very next day by buying the album in question, the reward is a police raid early in the morning, and the Winnie the Pooh laptop of the 9-year-old girl being confiscated for evidence. All because the father refused to pay a 600 euro “fine” and sign a non-disclosure agreement so the money grabbing remains a secret.

Normally, parents cannot be held liable for the actions of their children, but the shortcuts being taken by Finland’s copyright laws means that the Internet connection account holder, the father, would be liable for all authorized and unauthorized uses of the connection. Another shortcut? No need to prove anything, beyond a flimsy IP address, before police can search and seize (just what they expect to find on the laptop, a year after the fact, who knows). And that a legal copy of the album has already been purchased does not seem to matter, despite a loss of a sale being the most damaging thing a download can do (without considering the upload component, which may have been mere kBs in size, assuming the original download was even real or completed).

The worst part is that these anti-piracy agencies are so entrenched in their zealous believes (that what they’re doing is right and just), that they simply walk into controversies like this time and time again, with no shame at all.

The Department of Justice and the U.S. Immigration and Customs Enforcement’s (ICE) war on Internet piracy, through  “Operation In Our Sites”, has also been controversial to say the least. Not only has it not had any real effect on the web piracy problem, it did manage to seize domain names that is really shouldn’t have seized, mistakes that were magnified by the total lack of due process (which meant that the illegally taken domain names weren’t returned to its rightful owner until a full year after the seizure).

Unfortunately, there’s broad political support for this course of action, thanks to the liberal spraying of lobbying cash around in Congress and the Senate. But broad support does not equal unanimous support, and one congresswoman is trying to give website owners some extra protection against what she calls a new form of censorship (when domain seizures are accompanied by a total lack of due process). Rep. Zoe Lofgren (D-Calif.) is seeking help from reddit in writing a new bill to allow website owners advanced warning and the ability to mount a defence before any seizures occurs.

It’s exactly this kind of common sense bill that will no doubt be blocked by the usual suspects. 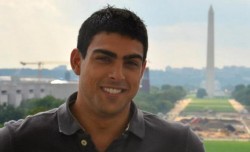 Derek Khanna, the RSC staffer thrown under the bus for having a sensible view on copyright

Across the isle, some Republicans haven’t been resting on their laurels either, although others may wish that they had. The Republican Study Committee (RSC), a caucus for conservative republicans, released an extremely sensible memo questioning the three major myths of copyright. One that copyright was created to help content creators monetize their works (actually, it was created for the greater public good, to encourage innovation and productivity), that copyright equals free-market capitalism (when it’s actually a government mandated entitlement system), and that the current copyright regime is working well to encourage productivity and innovation (when the reality is that copyright law is often used to smother innovation, and by legislating the protection of not only the right to earn revenue but the amount of revenue itself, this may lead to “rent-seeking” behaviour).

But just as the Internet woke up to probably the most sensible copyright statement made by any major party in who knows how long, the memo was unceremoniously pulled from the RSC website, and completely disavowed. Apparently, it had not been properly “reviewed” prior to publishing, and did not represent all opinions present within the RSC. Rumours of lobbyists (ie. the RIAA/MPAA) interfering persists, and really, would you be surprised?

Some have commented that this may be the Republican’s revenge for Hollywood’s pro Obama views, but while Hollywood stars, with the odd chair yelling exception, are all very much progressive-leaning, the industry itself has its money fairly evenly spread between the major parties, taking a leaf from the Wall Street playbook (or vice versa). But revenge or otherwise, what the memo represented was good, sound conservative principles, which in the light of day, doesn’t veer far away from the progressive view on the issue, even if the rationale may be very different. And this symbolizes exactly why US politics is so f***ed up at the moment, that both sides of politics can embrace the same point of view, and that it still can be easily dismissed because special interest has money invested.

In Blu-ray news, Warner Archive Collection’s 2,000+ strong library of made to order titles will now start featuring Blu-ray titles, starting with just two this week. The collection features fairly rare and low demand titles that are made on demand, using recordable DVDs (and now Blu-ray discs) to fulfill each order. Discs are reasonably priced, usually under $20, with the two new Blu-ray movies (Gypsy and Deathtrap) being currently priced at $19.95.

To be honest, I had not been aware of Warner’s manufactured-on-demand store before, and it’s certainly an interesting take on the “video-on-demand” model. I do wonder whether the cost of producing new HD transfers for the Blu-ray films will be made back by sales, which I assume won’t be in huge numbers.

With the Wii U release out of the way, time to shift the focus back on the Xbox 720 and the PS4. The latest Xbox 720 rumours still continue to re-iterate the same ones that have been making the rounds, including the obligatory Blu-ray drive, Kinect 2.0 and more CPU cores that you can shake a stick at. 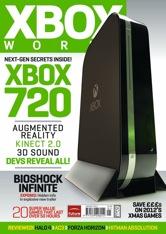 The January 2013 issue of Xbox World has the latest Xbox 720 rumours, including a mock-up of what it could look like

The augmented reality glasses rumour isn’t new either, but they’ve been repeated again in this Xbox World magazine article, which is said to have been compiled by interviewing many “industry experts”. Somewhat new is the introduction of a toushscreen controller à la the Wii U controller, although with Microsoft actually having a tablet device of their own, perhaps integration is the wiser route to take.

Almost as quick as the Xbox 720 gets a Blu-ray drive, it’s set to lose it, and with it all support for optical media, when a “slim” version of the console is released 2 years into its life-cycle (which begins Christmas 2013, by the way). The “slim” will rely solely on streamed and downloaded games, the streaming perhaps coming from Microsoft’s own OnLive-like service, after the company had showed earlier interest in acquiring the gaming-on-demand service.

For CPU fans, the Xbox 720 may have a 4 hardware core CPU, each with 4 logical cores, for some serious 16-score gaming action.

Take what you read with a pinch, perhaps even a tbsp, of salt.

That’s it for the week. Time for me to take a rest and find a way to pay for the $400 worth of new Blu-rays that I really shouldn’t have bought. See you next week.

This entry was posted on Monday, November 26th, 2012 at 12:36 am and is filed under Copyright, Gaming, High Definition (Blu-ray/HD DVD/4K), News Roundup, Xbox 360, Xbox One. You can follow any responses to this entry through the RSS 2.0 feed. Both comments and pings are currently closed.