Welcome to another WNR. Hope you’ve had an uneventful week. Not that uneventful here at Digital Digest HQ (which consists of a room, a desk and a computer with a creaking fan), as server troubles meant some downtime, and some data loss (which, thankfully, wasn’t extensive). An uneventful week sometimes is a good thing, and I think we take it for granted, and even complain too much about it, too often these days.

The data loss nearly meant that I had to re-write a news story, but because I post a copy of all news articles in our forum, some copy/paste got me out of trouble this time. Finding interesting news is hard enough these days, losing one you’ve finally managed to write is a royal pain. Anyway, let’s get started before the server decides it needs to make things eventful again.

If you get rid of a website that had a lot of pirated movie downloads, then this potential major blow against online piracy should lead to increased box office revenue, right? 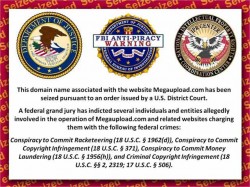 But what if piracy isn’t taking away money from the box office, but rather, it actually helps it? That is the surprising conclusion of a new research paper from the Munich School of Management and Copenhagen Business School, which found that after the closure of Megaupload, box office revenue actually shrank for certain movies as an indirect result. Using data for 1344 movies in 49 countries over a five-year period, the researchers specifically wanted to find out the financial gains for theatrical releases from the Megaupload closure, but instead, found that revenue shrank for all but the biggest movies.

The researchers attribute this “counter-intuitive finding” to the word-of-mouth and the discovery effect that piracy plays in today’s marketplace, with the findings confirming that small and medium budget movies do seem to benefit from this effect. Blockbusters, on the other hand, are already so well known that they don’t need or benefit from word-of-mouth (if anything, word-of-mouth can be detrimental for “bad” movies).

I find it hard to believe that the major Hollywood studios, via their own internal research, was not aware of this phenomenon. But hurting the smaller and independent studios, and at the same time helping out their own mega-blockbusters, isn’t exactly something you wouldn’t want, even if it had to be done under the guise of “anti-piracy”.

As expected, the MPAA have already replied by trying to debunk this study, and I’ll cover their response in full next week after I’ve gone through it in detail.

Before Hollywood lobbied the U.S. government to shut down Megaupload, it was busy trying to get the government to extradite the then 23 year-old Richard O’Dwyer, former admin of TV linking website TV Shack, to the U.S. to face criminal copyright charges. A very much one sided battle that involved Hollywood, the U.S. Department of Justice and even the Immigration and Customs wing of Homeland Security, against a uni student and his mother, was made a little bit less one sided when Internet heavyweight Jimmy Wales chimed in on the issue, launching an online appeal to try and stop the extradition.

The attention this move garnered seems to have worked wonders, as the U.S. government has agreed to take extradition off the table, in exchange for O’Dwyer agreeing to pay a small sum in compensation to rights holders. The details aren’t clear at the moment, but even though it will probably mean O’Dwyer admitting guilt, and paying that “small compensation”, it’s a far cry from the extradition, lengthy trial and possible prison sentence that the U.S. government (read the MPAA) originally wanted.

So you have to ask why this couldn’t have been the outcome from the get go. What was the U.S. government, and their movie studio allies, trying to prove by seeking extradition in the first place? To scare others into line  trying by making an example of O’Dwyer? Or perhaps they really did intend to prosecute (or is that persecute) to their full powers, but once again, the Internet and, well, public shaming, put an end to their plans.

Who knows. But at least Richard and his mother can finally breath a sigh of relieve.

Another week, another botched DRM, and this one hits pretty close to home for me as well. The makers of game making software GameMaker, a software package that has been widely pirated due to the high price of its full package (currently at $499), decided to add a new layer of DRM that replaces images in the game with pirate themed ones.

It’s not the worst DRM around, at least on paper – to annoy pirates but at the same time, being completely transparent to paying users. If there is such a thing as “good DRM”, this was probably it. It if worked as described. But DRM being DRM, and I think you’ve probably already guessed what happened next, legitimate customers started having their game sprites replaced too.

YoYo Games, the people behind GameMaker, was quick to release a patch, but time is money in game development, and any downtime, especially one that could have done permanent damage, is a costly one. 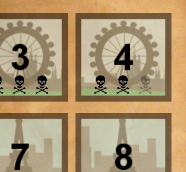 So why does this one hit close to home? It just happens that I’m actually currently making an Android/iOS game in GameMaker (having paid for the software, of course). And ironically, my game’s theme relates to pirates, piracy and the issue of copyright (there’s even a couple of anti-DRM messages in the game). Heh.

Luckily, I manage to skip the update that introduced this “bug”, and I also keep daily backups just to mitigate a potential disaster such as this one.

YoYo Game’s Mike Dailly did come forward and explain the rationale behind the DRM, which he acknowledges was never going to work to prevent piracy (only to “piss off” the pirates). While there’s probably room for funny DRM (I remember adventure games of old that killed off your character in hilarious fashion if the DRM check failed), but it will only remain funny if it can be guaranteed that only pirated users are affected. But that’s usually not possible. Or even if it’s possible, it never actually happens.

As for the game I’m making and when it will be available? Erm, “soon” is probably all that I can guarantee at the moment (and even then …).

Another subscription VOD provider is about to join the marketplace, and while this isn’t really news per say, the fact that a few details about the new service being leaked online is. Redbox Instant by Verizon could cost a low $6 per month, if the leaked data (by accidentally making public help documents that was supposed to be part of a closed beta) is correct. For $8 per month, you not only get unlimited digital streaming, you also get 4 credits to use at any Redbox kiosk (credits that won’t roll over to the next month).

Redbox Instant by Verizon will start competing with Netflix and Amazon in a couple of week’s time, by going down the same SVOD route, but bringing their network of kiosks into the equation too

While you may think that the market may not need another SVOD service, Redbox does bring something new to the table. While Netflix has disc rentals by mail, and Amazon has rental VOD along with free unlimited streaming, Redbox Instant brings its kiosk network into the equation. Redbox Instant will also have rental VODs for newer releases, thus offering three different ways to watch movies (and TV shows) via its services.

With the launch expected before the end of the year, current hardware partners lined up should see the Redbox Instant app available on iOS, Android, the Xbox 360 and selected Samsung mart TVs and Blu-ray players at launch. But without their own devices (à la Amazon), or the ubiquity of Netflix, Redbox Instant will definitely need more hardware partners, and more content, before it can be considered a real competitor to Amazon, let alone the behemoth that is Netflix.

While things are heating up in the US, here in Australia, it’s “not all roses”. Our only real subscription VOD provider is losing tons of money, because they can’t afford the content, and without content, very few people are signing up. Which is a shame, because the market is eager for something on the scale of Netflix here.

Alright folks, that’s it for this week. Have a good one!

This entry was posted on Sunday, December 2nd, 2012 at 11:07 pm and is filed under Copyright, Electronics, High Definition (Blu-ray/HD DVD/4K), News Roundup, Video Technology. You can follow any responses to this entry through the RSS 2.0 feed. Both comments and pings are currently closed.