So the Olympics are under way. Didn’t watch the opening ceremony myself, not really my type of thing really, but by all accounts, it was pretty good. It’s even better in 3D apparently, but 3D is not my type of thing either. If either or both are just your type of thing, then you’ll be in for a treat, and there’s nothing like a major sports event to help sell a load of TVs, this time, 3D TVs in particular. But by all accounts, the 3D hype has been steadily dying, and it definitely hasn’t turned out to be the “must-have” tech that TV makers envisaged.

Let’s get this WNR started …

Having skirted the issue of whether the “always-on” Internet requirement for hit game Diablo III was for anti-piracy, anti-cheating/hacking, or was a genuine attempt to make a better game with better features, the makers of the game, Blizzard, this week finally admitted that the controversial “feature” is, at least partially, for anti-piracy. For the rest of us, this merely confirms what we thought all along. 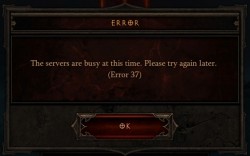 Anti-piracy is in fact one of the reasons why Blizzard chose to use always-on DRM for its game, Diablo III

For anti-DRM activists though, the worst thing about Blizzard’s DRM is that it actually works. Not so much as a way to stop cheating or hacking, but it has worked to help delay efforts to pirate the game, and that has contributed to the record sales figures the game has recorded. While the disastrous launch of the game, and subsequent gamer complaints (such as lag, even when playing a single player game), will have hurt the company, at the end of the day, it’s the bottom line that counts and Diablo III is a huge success whichever way you look at it. Of course, what works for Diablo III may or may not work for other games. Diablo III was a highly anticipated game, a decade in waiting, and so when you get gamers *that* desperate, *and* when you do produce a good game when looking beyond the DRM, it seems gamers are more than willing to jump through dozens of DRM encumbered hoops and still call the game great. Try and do that to, say, a new gaming IP, a less anticipated sequel, and then fail to actually produce a good game, then gamers *will* vote with their wallet. It seems for now, DRM is not so much a deal breaker, but it does add to the game’s list of existing negatives. Add those negatives together and if the positives don’t outweigh them, then you’re in trouble!

Now I’ve never wanted to live in Japan – too crowded and busy for my liking – but there’s now even less reason for me to want to move there, because it seems I won’t last too long in the land of the rising sun before I’m arrested for crimes against copyright. After the Japanese parliament passed laws that could see people watching the wrong YouTube video go to prison for 2 year’s time, this week, police arrested four journalists for the heinous act of writing and selling a magazine. A magazine that did feature guides about DVD ripping and a cover disc that included some commonly available DVD ripping tools, but nevertheless, just a magazine. This is also the same set of new laws sees most Linux distributions getting banned in the country, as most include the libdvdcss library, used to allow DVD playback, but can also be used for DVD ripping. It’s almost as if companies like Sony were given powers to write the country’s copyright laws, and along with Germany as you’ll read about below, both countries are doing their best to show us what a pro-copyright dystopic future lies in wait for the rest of us, if rights holders get exactly what they want.

And if you happen to own a smartphone in this future, then apparently, you’re a no good stinking thief of a pirate. At least that’s what a group representing German rights holders think, because it’s demanding a piracy tax on any and all storage mediums, including the memory built into your smartphone or tablet. The group, ZPUe, wants tech vendors to pay them €36 ($USD 43) per smartphone sold, and it wants retroactive payment dated back to 2008. It also wants €9 for external HDDs bigger than 1TB.

You can tell this has nothing to do with protecting the rights of content holders, and all having to do with a big money grab (made possible thanks to biased copyright laws), because it seems ZPUe is not calculating these “damages” based on the size of the storage and how people use that storage, but just the average price of the devices themselves. Otherwise a 16GB or 32GB iPhone should not attract 4 times as much “tax” as a 2TB HDD, and with the popularity of iTunes, I suspect the majority of iPhone users don’t even pirate music or movies. It’s also a blatant attempt at double taxing by charging for every copy of the same song or movie stored on different devices – someone who stores pirated songs on their external HDD and then transfers them to their iPhone will effectively get taxed twice.

I don’t know what’s going on in Germany, but it appears the country’s copyright laws are truly f*@ked up. There have been reports of people being forced to pay thousands for an unsubstantiated claim of infringement, GEMA, their music royalty collection agency, banning official music videos on YouTube from being watchable in Germany (with users having to rely on proxies servers in China, the land of Internet freedom, in order to view content on YouTube that’s legal everywhere else), threatening legal action against kindergartens and schools for using modern music for singalongs (GEMA again), and recently, hiking up music broadcast rates by up to 2000% for nightclubs and restaurants (again, GEMA).

Speaking of schools, Australia’s National Copyright Unit (NCU) says that schools are paying millions per year in unnecessary copyright fees due to draconian laws that makes school pay for materials that does not even have copyright. With fair use laws being fairly limited here in Australia, teachers and schools are forced to pay copyright fees for everything from printing a web page, to saving a web document, or even asking students to print something at home.

Copyright protects the right of content creators (or licensees) to profit from their works (or that of someone else’s that they’ve licensed), but copyright was also created with the intention of protecting society’s right to access content for its benefit (which is why copyright was made to expire). For me, the latter is far more important than the former, because the argument that people will stop being creative if they can’t make money from their art is, frankly, nonsense. With less emphasis on protecting profits, what we will have though may be less attempts at money grabbing (eg. most Hollywood films), and that can be a detriment to the economy and entertainment, but it’s wrong to say that creativity always have to equal monetisation.

And sometimes monetisation can happen without any real creativity, at least nothing recent or current. Music’s big names including Elton John, Simon Cowell, Roger Daltrey and Pete Townshend have put their names on a letter addressed to British PM David Cameron, lobbying his government to introduce tougher copyright laws  to allow artists to “earn a fair return on their huge investments creating original content”. Apparently, the availability of pirated content online is making people nervous about buying from legitimate places, despite recent studies showing that people who pirate stuff are also the same people who buy legal content (but they do it nervously, perhaps). 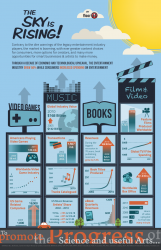 Some of Britain’s top musicians wants the government to crack down on copyright abuse to protect creativity, but creativity has been flourishing like never before, online

The stupid argument about piracy undermining buyer confidence aside, it’s interesting to note that the average age of the dozen or so people who signed this letter is 53. When was the last time Elton John, Roger Daltrey and Pete Townshend created anything even worth pirating (the odd remixes aside) – or are they blaming piracy for their increasing irrelevance to the music biz (which still creates new works and new stars at an amazing, almost hard to consume, pace)? Ageing rock stars believe they should continue to receive royalties for their ageing works, but when is enough enough? For an artists who has already made a large profit on their works, isn’t better now to let their works go free, so that it can be shared and re-mixed and re-used for eternity? It seems that, at some point, artists start caring less about what they’ve created, and start caring more about what they’re earning.

For me, the ease at which people can share stuff online, which the creative industries says is the catalyst for the piracy problem, has also been responsible for one of the greatest periods of creativity ever, and there are even studies and reports to prove this.

But again it goes to the definition of creativity, because what’s different about the Internet is that most acts of creativity there are not blatant attempts at monetisation. I think it has to do with the ability to publish, at almost no cost, on the Internet, versus the comparative high cost of traditional publishing – costs that have to be made back via monetisation. The thinking once upon a time was that creativity can only exists if there’s a financial incentive, but the Internet is proving this theory wrong, big time.

Just because Big Content can’t figure out how to make a buck out of it, it doesn’t mean that creativity isn’t flourishing online.

The quality of the created pieces, however, do vary quite a bit. You have well written blogs analysing the latest trends in copyright, HD and gaming. And then you have this one. But it’s free, so it’s probably worth the price of admission.

This entry was posted on Sunday, July 29th, 2012 at 3:01 pm and is filed under Copyright, DVD, Gaming, News Roundup. You can follow any responses to this entry through the RSS 2.0 feed. Both comments and pings are currently closed.