Welcome to the penultimate (I told you I would find a way to use this word) WNR for 2010. It’s nearly the end of the year, and as expected, news is a bit light at the moment. But news there is, and cover it we shall. I’m sure you’re as busy as me around this time of the year, so let’s not waste any time on silly introductions that attempts to be witty even though the author doesn’t actually know what witty means. Is it the same as being ironical?

Let’s start with copyright news, Warner Bros commissioned a report into online piracy a couple of months ago, and the results are in, and are somewhat surprising. 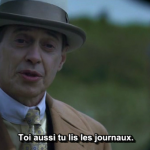 Apparently, pirates do occasionally buy stuff too. And this means that when studios are fighting pirates, they are essentially fighting their own potential customers. None of this should be too surprising to readers of this feature, but I’m sure it was a surprise to Warner Bros. And they have vowed to find out just why pirates sometimes pirate stuff, and sometimes decide to buy stuff, and if they can ever work out the formula for this, then it could really help to reduce piracy. I’m sure Warner has just commissioned another report to get to the bottom of this, but here’s a (free) hint for Warner: cheap and good = sales; expensive and bad = piracy. The other interesting findings include that while pirate downloaders are usually men, it is woman that download TVs shows more often than men. And another interesting finding was that foreign subtitled/dubbed version of TV and movie downloads often become the most popular downloads only a few days after the original English release, suggesting that there may be some kind of market that is being under-served at the moment. For many foreign viewers, this is perhaps the only way, legal or otherwise, to watch the latest movies or TV shows in particular, since the alternative could be waiting months for the official version to be released. So to add to the earlier hints: worldwide simultaneous release = good; staggered release in attempt to squeeze as much money out of each market = piracy (might also add exclusivity deals to this – more on this in the 3D/HD  section). So basically, the conclusion seems to be that, no, studios aren’t doing everything they can to stop piracy because they are not really matching the market’s needs, in terms of release schedules, or pricing, or a lot of other things under their control. So instead of blaming torrent sites, and trying to sue users, maybe they should go fix their own mistakes first. 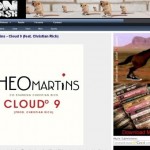 OnSmash.com - Shut down by the government on orders from the RIAA, but was it the right decision?

A follow-up to the story on the US Homeland Security, ICE operation that closed down 80+ websites in late November. We know now, via a story in the New York Times, that at least one of the websites closed, OnSmash.com, should not have been closed, or at the very least, should have left the decision up to that of a judge and jury. OnSmash.com provided hip-hop music and videos, publishing stuff that is often leaked to them directly from labels and artists such as Kayne West. These leaks might constitute copyright infringement in the strictest sense, but there’s a good reason why the leaks came from official sources such as the copyright owners themselves and artists. All for promotional reasons, a great way to reach the fan-base in this day and age. And now this way has been closed, without explanation and without any sort of paperwork that can be obtained by the defendant for probably weeks and months. To say that those in the industry were surprised would not be a lie, but it probably also wasn’t a surprise that major studios represented by the RIAA did not like the way things were working. And straight from the RIAA’s lips to Homeland Security’s ears, bypassing due process as much as possible in the, um, process. A little copyright infringement is sometimes a good thing. Sometimes a great thing. Remember Susan Boyle’s audition video? You know, the one that now has 55 million views. Was that video from an official source, or was it pirated? Would it have served the copyright owners of Britain’s Got Talent to have had this video removed, or did it serve them better to keep it up? The RIAA would have probably sued for unauthorised use of ‘I Dreamed A Dream’, or got their ICE buddies to knock down a few doors.

Dutch anti-piracy agency BREIN wants to get in on the website closure business too, and they’ve had 29 websites shut down, with visitors redirected to the BREIN website. And they can keep doing this because the minute those 29 websites were shut down, hundreds probably sprang up in their place. Hurray for perpetual war.

Meanwhile, more bad news for law firms seeking to profit from mass lawsuits, as another judge has declared that little things like jurisdiction does matter, even in embarrassing porn lawsuits. So it means that copyright trolls will now have to work a little bit harder, to determine just where the people they’re suing are actually located, before threatening people with massive amounts of damages and public humiliation if they don’t pay up by the close of biz tomorrow, capiche? But these little things to add up, in terms of cost, and if the EFF can keep up their small victories, eventually, it will all add up to a major victory when it no longer becomes profitable to pursue these kinds of lawsuits (and more on how you can support the EFF financially, and also get some great games for peanuts, later on).

In HD/3D news, bad news for Avatar fans that don’t have Panasonic 3D TVs – no Avatar for you until 2012, maybe. 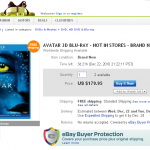 Be prepared to pay higher and higher prices for Avatar 3D Blu-ray, as the exclusivity deal with Panasonic may last until 2012

A Panasonic UK spokesperson has confirmed that Panasonic’s exclusive Avatar 3D Blu-ray deal actually lasts until 2012. So until then, it’s paying $200 (if you’re lucky on eBay) for a copy, or those willing to risk it can get it from less then legal sources. I don’t condone piracy, but really, if these are the choices, then what would most people do? I just hope Fox is getting enough money from Panasonic for this deal, because by the time 2012 comes, how many people would have found another less than legal way of obtaining the 3D version of this film already, and how much would that cost the studio in terms of lost sales (assuming the 3D hype is still around by that time). My opinion, which is absolutely opposite of the actual legal position, is that if I can’t buy it, then I’m free to try and obtain it in any way I wish.

And these kind of exclusivity deals destroys almost all the progress made by unifying the 3D Blu-ray standard, because it’s back to the bad old days of buying hardware based on the movies that are available for the platform.

But I think something will give before 2012, because I just can’t see companies like Samsung standing idly by, or Fox having the patience to wait it out until 2012 when the demand for it is there, and not when they see the 3D BDRip torrent of the movie doing great “business” on the net.

The H.264 vs WebM vs Ogg Theora vs HTML5 vs Flash war just got even more confusing, with Microsoft helping competitor Firefox by producing a H.264 add-on for the open source browser, allowing Windows 7 Firefox users to experience HTML5 H.264 videos. Of course, Microsoft never helps anyone without gaining something themselves, and as staunch supporters of H.264, this is not a surprising move. So to summarise, Firefox and Opera don’t want HTML5 to adopt H.264 because it’s incompatible with their open source licenses, while Apple, Microsoft love H.264 because they hold patents to it (and it is an industry standard that’s widely supported already). Google remains on the fence and has been playing everyone off everyone else  – even though they’re the ones that came up with WebM/VP8, Chrome also natively supports H.264, so the only one that stands to gain regardless of the result is, once again, Google. Meanwhile, Adobe sits in a dark corner cursing everyone, while stabbing pins into a Steve Jobs voodoo doll. And that’s what you missed last time on Glee.

And in gaming, The Humble Indie Bundle is back. The deal is simple – five highly rated indie games that normally retail for $85 can be had for the princely sum of … anything you want.

That’s right, you decide what you want to pay for the bundle of five DRM-free games, and you can even direct part of the payment to one of Child’s Play charity, the EFF or the people who are running this campaign. So if you’ve been porn or Far Cry mass-sued, and want to give something back to the EFF, or if you hate DRM and want your voice heard, or you want to support a very worthy charity, or just because you actually want to buy the five excellent games included, this is your chance! The top amount paid so far stands at $3141.59 at the time of writing, but the average is $7.66. The million dollar barrier has already been broken as well.

A Kinect update. Wedbush analyst Michael Pachter says that he has access to NPD figures that show the Kinect Xbox 360 console bundle outsold the Move PS3 console bundle by more than a 5 to 1 ratio in November. That’s not surprising considering the half a billion dollars that Microsoft threw in to promote Kinect, and the subsequent hype the motion sensor device has since generated. And I’m not just talking about Oprah or Ellen Kinect appearances/give-aways, but also with independent developers “hacking” and the various impressive demo videos. The same kind of hype is just not being generated for Move. And with free DLC downloads already appearing for two of Kinect’s most popular games, thanks to commercial sponsorship, and software updates that promises to make Kinect even more accurate (like finger tracking), the momentum is definitely with Kinect at the moment, even if Microsoft says no to Kinect sex games. The only thing holding it back is supply issues (just checking now, it’s out of stock on both Amazon.com and Wal-mart.com, while the PS Move is in stock on both, albeit in very short supply on Amazon).

And that’s pretty much it for news this week. Short and sweet. Or at least just short. See you next week.

This entry was posted on Sunday, December 19th, 2010 at 5:30 pm and is filed under 3D, Computing, Copyright, Electronics, High Definition (Blu-ray/HD DVD/4K), News Roundup, PS3, PS4, Xbox 360, Xbox One. You can follow any responses to this entry through the RSS 2.0 feed. Both comments and pings are currently closed.