Hello. Another week, another WNR. Running out of things to say in the intro though, especially when I’ve been a lazy boy this week and haven’t done a thing of note to talk about. I did continue working on the new project I mentioned a couple of weeks ago, and I had hoped it would be ready before May, but it looks like I missed that deadline as well. I really should stop talking about it, because I’m just building up the hype and no doubt you will be disappointed at what I actually managed to do. So I should now lower expectations by saying that this thing is quite run of the mill, you see it on lots of other websites and they’ve done it better too, and it’s not great looking and it has bad breath. In fact, if you see it, you should run away immediately. Expectation lowered!

Copyright news is first. The repercussions from the Pirate Bay trial continues, as the defence tries to work up an appeal. The first point of appeal may be the judge, as TPB lawyers believe the judge of the case may be biased due to his past affiliations with a copyright organization. 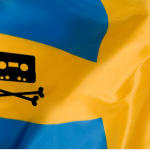 The recent Swedish anti file sharing laws has also produced a strange side-effect that may actually help piracy. Swedish ISPs have stopped retaining usage data in the fear that they may have to turn over this data to the authorities. Not sure if the government will stop them from doing this, but this is quite an effective way to circumvent the law. Of course, this may make the fight against serious computer crime harder, but one can’t expect anything else if government is so keen to infringe the privacy of its own citizens at the behest of multi-national corporations – they have lost the moral high ground on the ability to selectively invade the privacy of citizens for the greater good of society, which is something that needs to to occur from time to time, such as in the fight against child pornography. But to prevent people from downloading MP3s is not sufficient reason to violate a fundamental principle of democracy and human rights.

Meanwhile, the MPAA says that jobs will be saved by the fight against piracy. I have no doubt that *jobs at the MPAA* will be saved if the expensive fight against piracy, which has yielded no results, is set to continue. Meanwhile, the anti-piracy industry sells DRM and other useless things which eats into the profit margins of content owners and means job losses everywhere else. Not to mention the consumer confusion that causes less sales to occur. And the MPAA can at the very least employ few more people to manage the security of their own website, because apparently it can be exploited to allow people to browse The Pirate Bay through the website.

The BBC’s new broadcast TV DRM continues to be under attack by critics. The biggest criticism is that it doesn’t really work, because anyone with a DVB card can easily record the programs without any limitations. It’s only the average Joe that don’t know how to do it, that will be affected, and they’re not the ones uploading TV shows onto the net I can assure you. But this kind of DRM was never meant to stop online piracy – it’s just another way to control the average TV viewer and “steer” them towards a system where they will have less and less control about what they can watch, when they can do it and how many times they can do it. Less control for consumers equals more control for the producers, and someone will then try to squeeze more money out of people just for the right to be able to record anything.

And in HD news, but still copyright related, Paramount is set to license BD+, the Blu-ray copy protection system commonly used by Fox, for their own Blu-ray discs. This is bad news, but how bad really depends on how Paramount plans to use BD+.

If it is just a copy protection mechanism, then that’s fine because it’s not as if BD+ is unbreakable. However, if they are going to copy what Fox does with Blu-ray releases, and that means adding region protection to movies, then that’s bad news. For the record, Paramount does not use region coding at all on its Blu-ray releases so far. Not for the people who are willing to take the risk of circumventing the copy protection mechanisms and disable region checking, but for the average consumer who wants to buy the occasional disc from another country.

And speaking of Blu-ray copy protection, this article explains some aspects of the Blu-ray licensing scheme and how it does no favours for small publishers. One of the key differences between the approaches of the HD DVD group, and the Blu-ray people, is their opinions towards home publishing. HD DVD encourages it (and just before it died, it had a partnership with Amazon to allow people to create and sell their own content on HD DVD), while Blu-ray (most supporters are from the traditional movie business side) don’t really want people to be making their own movies at home. Which is why AACS is mandatory on Blu-ray, but only optional on HD DVD (which is more in line with DVDs, as DVD”s CSS copy protection is optional as well). It’s not just the trouble of being forced to put copy protection on content that the producers may not even want copy protection on, but it’s also the added cost, which could go into the thousands for just a small project.

And finally in gaming, Sony says the PS3 will win in 3 to 5 years. I really hope that’s not another way of saying that the nearest price cut is 3 to 5 years away, because even an idiot like me can predict that a price cut right now will really help the PS3 catch up to the Xbox 360, possibly by the end of this year. 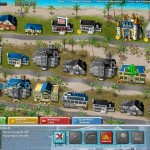 Personally, I’ve not had that much free time recently so I’ve been limited to playing games that won’t take too long. I’ve been playing a lot of Big Fish games that I managed to download for free thanks to coupon codes, which I have posted in the Free Games from Big Fish thread on the Deals & Freebies section. It’s no longer available, but the Build-a-lot series was good fun. I’m now playing Mystic Inn (which sadly, is also no longer available for free – you have to be quick with these types of deals). They are mostly point and click games, bigger than your average flash game, but has strategy elements added so it’s not just a mouse bashing exercise. There are also card games, mystery games … you can’t argue with the price though, and I’ve managed to get about $200 worth of games for free so far.

Another game I’ve been playing is the online time-waster My Brute. This online game lets you create a character that does (automated) battles with other user created characters. It’s a bit of nonsense for first thing in the morning. My brute, ApAzzard, has a webpage where you can challenge me (and become my student, which gives me more experience points).

That’s it for this week. More WNR next week. I wanted to write something funny and witty in this outro, but screw it, I’m going to play Mystic Inn before I get back to work.

This entry was posted on Sunday, May 3rd, 2009 at 7:11 pm and is filed under Copyright, High Definition (Blu-ray/HD DVD/4K), News Roundup, PS3, PS4. You can follow any responses to this entry through the RSS 2.0 feed. Both comments and pings are currently closed.