Hope you’ve had a good week. I’ve been stuck on a similar them lately, having watched the original Robocop, the remake RoboCop and Chappie, all movies with some shared themes. Out of the three, Paul Verhoeven’s Robocop still stands out as the best, while Chappie had its moments too (I’ve seen it described as a Disney movie meeting Verhoeven’s Robocop, and that feels about right) – don’t listen to the critics, Chappie is a very decent movie, up there with District 9, even though I felt that certain aspects of the film, particularly those ripe for philosophical discussion, were glossed over rather too quickly. And Sony, please stop with the product placements – it’s getting far too obvious, and far too annoying (and this comes from someone who just recently purchased a Sony Xperia Z3 smartphone). There’s a good movie hiding inside the remade Robocop, only if it had a better script, and perhaps, if the stories are true, if the director had been allowed to do everything he wanted to do.

Lots to go through, so let’s get started …

Those that download a lot of pirated TV shows will most likely be familiar with a site called EZTV – think of it as The Pirate Bay, but mainly for TV shows. For many years, EZTV has been using a .it domain name as its official home. That domain name was seized earlier this year by an Italian domain registrar, forcing the site to move to a .ch domain name.

Now normally that would be the end of the story, but for some reason (and possibly something that may not be entirely legal), the domain registrar put the .it domain name back on the market, and it was subsequently snapped up by someone that had a snapback service on the domain (usually used to take control of recently expired domain names, maybe cause the original registrant forgot to renew in time). The reality now is that the .it domain name is now in the hands of someone that has nothing to do with the real admins of EZTV.

And in typical domain squatter fashion, the .it domain name was pointed back to the real EZTV website. This is done in order to maintain the popularity (and trustworthiness) of the now “hijacked” domain – do this for a while, and people forget that the domain name is no longer owned by the real owners, and this is when the fun begins. Fake pages could then be set up to steal user login info, malware could be distributed in fake torrents, anything could happen – or the new owners could simply be good Samaritans and keep the domain name pointed to the real site.

So if you *have to* use the EZTV website, make sure you don’t use the .it domain name! 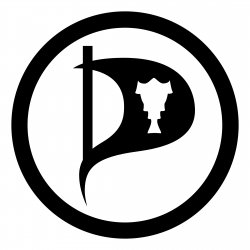 If EZTV ever need to relocate to a new domain name, they could try’s .is. Not yet, but maybe a couple of years down the line when the country’s Prime Minister is actually a member of the Pirate Party. This isn’t as far fetched as it sounds, as a recent poll found that the Pirate Party is now the country’s most popular party, beating long term established parties like Independence Party and the Social Democratic Alliance.

It’s a stunning development for a party that’s only two years old, and perhaps shows that the Icelandic voting public is ready for change, and is stick and tired of the status quo, particularly in relation to lopsided copyright laws.

Time for some more DRM nonsense. How about a light therapy mask with a 30,000 hour LED globe that has been DRM’d to fail after only 7.5 hours? Trying to make a consumable product when there’s no need for one, it would be like printer makers using DRM to make ink cartridges unusable, even when they’re perfectly fine. On second thought, maybe what this light therapy mask company doing isn’t so different after all! 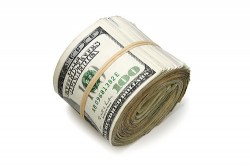 Netflix has been spending a lot on buying and making content

$9.5 billion is a lot of money, and that’s how much Netflix is committed to spend on content purchases over the next few years. The company currently spends around $2 billion a year on third-party content and original productions (which accounts for 20% of their content budget), and leads all other streaming services in terms of content spending.

What’s interesting is that, at least according to Netflix, it’s much better value to spend money on original shows like ‘House of Cards’ and ‘Orange is the New Black’ than buying shows from other networks, at least when it comes to viewer metrics. Netflix deliberately released this information in its last quarterly shareholder letter, no doubt as a warning to third-party content providers (many of whom are also competitors in the field) about the rising cost of content licensing. There’s a mini-boom right now for content holders when it comes to licensing content to streaming providers like Netflix and Amazon, but they should not get too greedy and ruin a good thing for everyone.

Meanwhile, a “God Mode” for Netflix does sound very enticing indeed. While naive me though that a God mode would enable the ability to watch HBO shows on Netflix, but the actual God mode tweak simply allows for multi-row display of titles for those that watch Netflix on their PCs. So nothing as sexy as unlocking the next season of Orange is the new Black months before it’s official release, but still pretty cool for those tired of having to scroll through a single row of content.

In our second public service announcement for this issue, you might want to double check ensure the security settings for your Sony PSN account is in good order, as you might not like what happens if your account does get hacked. One users found out the hard way, when his account was stolen and hackers charged $600 worth of purchases to his account via his linked credit card. Unfortunately, Sony’s policy does not allow for refunds of more than $150, and any other course of action (such as charging back the transactions with his credit card company) could see his PSN account banned and his (intentional) purchases (which, to be fair, wasn’t a whole lot) gone. To make matters worse, it might take up to 6 month for his account to be linked to his PS4 again, as per Sony policy. You can read up on the poor guy’s horror story, and the poor response to the problem from Sony, here on Reddit.

And so we come to another end of the WNR. Hope you’ve enjoyed this issue, see you next week!

This entry was posted on Sunday, March 22nd, 2015 at 7:00 pm and is filed under Copyright, News Roundup, PS3, PS4, Video Technology. You can follow any responses to this entry through the RSS 2.0 feed. Both comments and pings are currently closed.