It’s going to be a really short one this week, as the News Gods have not smiled upon me this week and endowed us with the an overflowing of news riches. In other words, it was a quiet news week again. And it’s probably to do with Thanksgiving.

That’s not to say there isn’t any news, as otherwise I wouldn’t be writing this intro, and you definitely wouldn’t be reading it.

And so, with that out of the way … 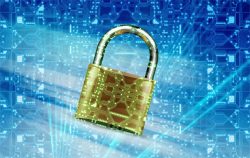 The MPAA is at it again, this time crying foul over recent changes to the WHOIS system. So what exactly is WHOIS? It’s basically the system that stores and displays ownership information for domain names. Previously, most WHOIS data for domains are public, in that you can query any number of free WHOIS search engines and retrieve detailed ownership information for domains. And as ICANN (the people who manages the domain name system) requires domain information to be real and not made up, it often means that personal information, such as emails, telephone number and even home addresses, can be easily scraped from the WHOIS database. This has led to not only “innocent” spam, but also not too innocent cases of outright fraud. At the very least, it also led to some dodgy business practices by certain unnamed domain registration firms who scrape WHOIS databases for domains that are near expiration, and use the info contained there to send emails/letters to unsuspecting domain owners asking them to urgently renew their domain name or face losing it. These less then reputable companies usually have some kind of official sounding name, like the United States Internet Domain Authority, and instead of charging a normal fee of about $10 a year to renew, they ask for as much as $99. Many unsuspecting domain owners have been caught out, or at least that’s what I suspect, since I still get tons of these kind of letters in my mailbox and there must be money to be made for them to be doing this (often via international mail as well).

I think I may have gone off on a tangent here, but the point is that having WHOIS information public by default has led to a lot of problems. Commercial solutions, such as WhoisGuard (now free with Namecheap domains) help to mask private data, and they work well. But with privacy now being a big deal, especially given new EU directives, ICANN has made the right decision to make WHOIS data private by default, as opposed to the other way.

Guess who now has a problem with this common sense move, and even if you can guess right (it’s not too hard, I’ve already mentioned them at the start of this rant), you’ll never guess the reason they’ve come up with this to be against protecting WHOIS data.

The MPAA says that making all WHOIS data public, so any spammer/scammer can get at it, is actually good for privacy. Their logic goes like this. If websites have publicly available WHOIS data, then visitors of these websites can more easily check out the credentials of the websites and make more informed decisions about what kind of personal data to share with the website, thereby benefiting privacy.

Of course, this assumes the WHOIS data for the website in question is actually valid – there is a requirement from ICANN for valid info, but in reality, there’s little enforcement. Second, knowing the domain registrant’s name/address tells the website visitor nothing about the intentions of the website when it comes to using their data (for example, knowing facebook.com is owned by Facebook, Inc. located at 1601 Willow Rd, Menlo Park, CA, does not actually tell me anything about how Facebook will use my private data). Third, some websites use third party companies to manage their domain names, and so the WHOIS data tells you even less about the website in question.

But a more private WHOIS system will make some things harder, including harder for the MPAA and their minions to go after pirate site operators, which is actually the extent of the MPAA’s interest in this matter. Why they didn’t just come out to say so, and instead have to invent some twisted logic about the “good of the general public”, I don’t know, and not only that, they just had to tack on unsubstantiated claims that a WHOIS system with more privacy will be a boon to “sex trafficking, unlawful sale of opioids, cyber-attacks, identity theft”. At least they haven’t thrown child pornography into the mix, not this time anyway

So in a very quiet week for news, it seems one can always rely on the MPAA to give us a bit of controversy. They’re the best!

And on that sarcastic note, we come to the end of this short WNR. See you next week!

This entry was posted on Sunday, November 25th, 2018 at 5:32 pm and is filed under Computing, Copyright, News Roundup. You can follow any responses to this entry through the RSS 2.0 feed. Both comments and pings are currently closed.