Just a heads up that the next few weeks might be light in terms of news and roundups, as I’m going on a small trip. Luckily, there were a few things to talk about this week, as otherwise, it would be a rather long break without a WNR. The things that we talk about are rather related too, as you’ll find out.

So without wasting any more time …

The problem of leaked screeners has gotten bad enough that the MPAA has finally decided to seek external help to get the problem under control. The MPAA has partnered with the Content Delivery & Security Association to created the Trusted Partner Network (TPN), a group that will try to ensure standards are being met in terms of the secure storage and distribution of entertainment content, including screeners.

TPN will set out to raise awareness of proper security protocols, and TPN approved assessors can provide auditing to content owners and vendors who wants to ensure they aren’t the weak link in the distribution chain.

You can’t blame them for taking some action though, because screener leaks and even major hacks have become so common, they’re no longer even news worthy. That’s not to say that the problem is so big that the revenue lost, and the jobs associated with it, has become news worthy as a result. If anything, it appears that the movie business has never been better.

Star Wars: The Last Jedi was the top movie domestically

Don’t think that’s the case? Then why not check with the MPAA, who’s most recent report paints a very rosy picture of the film business. The last 3 years have been record years, domestically, for the movie industry, and globally, 2017 was a record breaking year.

Box office receipts are up, especially in emerging markets like in Asia, and not only that, home entertainment profits are up as well. The latter might be surprising because the same report paints a dire picture for physical media, with revenue down some 41% since 2013. But as luck would have it (or not luck at all, but just common sense), the rise of digital has more than offset the losses with physical media. This has meant an overall increase in consumer spending, meaning that despite some of the money going to the likes of Apple, Google and Netflix, digital is actually more profitable than physical (or maybe more precisely, the ease of use of digital now means people are consuming more content than ever). Who would have thought that innovation and user friendliness are the keys to success? I certainly didn’t in 2009 or even earlier if I had bothered to search through WNRs from before then.

But the focus on piracy still hasn’t decreased, because in the eyes of the MPAA and its members, it’s still “money lost” despite there being very little evidence that stopping piracy entirely (not possible anyway) would lead to a surge in profits. For me, the transition to digital would not have gone so smoothly had there not been pirate applications that had already gotten people used to consuming digital media. Kind of like how without MP3 piracy, Apple would have found it a lot harder to launch the iPod and iTunes, because there just wouldn’t have been a market for the entire ecosystem. And without the price pressures put on the industry by piracy, Spotify would have never existed for the same reasons Netflix might have never been. 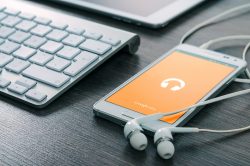 And as we’re on the topic of music, it’s a bit of a coincidence, or not, that the RIAA also released their own report on the state of the music in industry, and it’s starting to look brighter too. Again, digital is playing a key role in the “revival” of the industry (following it’s “collapse” due to piracy if you believe the RIAA, or more likely, the transition from CDs to digital). And within the larger physical to digital transition, and as we are also seeing within the movie industry, there is also a transition from ownership to subscription. From iTunes to Apple Music, or iTunes again to Netflix.

And hysterical claims from the RIAA about the lousy royalties from streaming, it’s actually paid subscriptions that’s driving industry profits forward – both digital downloads and physical media sales were down, but total revenue grew by 16.5% thanks to a 56% rise in the number of paid subscription.

Things will never go back to the heydays of CDs, but so many things have changed since then (um, the Internet, for one), so is it really realistic to expect business to stay the same?

You can’t blame everything on piracy.

And on that note, we come to the end of another WNR. There might still be one next week before I leave for my trip, unless I run out of time packing, which is very likely. See you … when I see you again!

This entry was posted on Sunday, April 8th, 2018 at 6:02 pm and is filed under Copyright, DVD, High Definition (Blu-ray/HD DVD/4K), Movies, News Roundup, Video Technology. You can follow any responses to this entry through the RSS 2.0 feed. Both comments and pings are currently closed.