Having watched The Force Awakens on Blu-ray (having already seen it twice at the cinemas), I can honestly say that it is one fun movie (at least for Star Wars fans). Sure, it may be derivative, but it’s proper Star Wars in the sense that the prequels weren’t, and one that even casual fans will enjoy. And add to it JJ Abrams’s latest slip of the tongue (or deliberate use of the good old mystery box) about Rey’s parentage, the anticipation for the next instalment is going to be insane.

There’s no Star Wars related news this week though, but there are stories about zombies, conspiracy theories and popular video game characters. 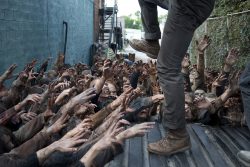 The latest season of The Walking Dead has just ended, and a new season of Fear the Walking Dead has started in its place. So while there’s still plenty of zombie action on TV, there’s also apparently lots of zombie action online as well, at least according to the head of a copyright group. The head of the pro copyright group Copyright Alliance says recent online protesters, demanding an end to DMCA abuse, are just like walkers, biters and roamers, that their protest lacks both “effort or brainpower”.

The online protests centered around the issue of DMCA abuse, or when rights-holders abuse the DMCA submission process to submit invalid requests, sometimes due to negligence, and also for more sinister reasons (such as to cripple a competitor). However, according to the head of the Copyright Alliance, Keith Kupferschmid, these protests are meaningless because they were submitted via an automated online form, where a pre-written message was provided for protesters. Despite the fact that users can and many did choose to submit additional comments in addition to the pre-written messages, and despite the fact that the Copyright Alliance runs similar automated campaigns (sometimes without even an option to submit additional commentsa), Kupferschmid still likens these protesters to “zombies in The Walking Dead” due to the “lack of effort”.

Those still wanting to join the horde can still do so on the offiical TakedownAbuse campaign website. And despite what Kupferschmid says, zombies, especially those in The Walking Dead, can be quite effective when trying to achieve their goals (eat humans), so underestimate them at your own peril!

Those that want to legally watch The Walking Dead, however, may find things a little more difficult after the MPAA’s WhereToWatch website removed the ability to search Netflix. WhereToWatch was set up by the MPAA to promote legal content, trying to silence critics who say the piracy problem is partly due to how difficult it is to find legal content online. Conspiracy theories sprung forth from the well that is the Internet, some suggesting that maybe the MPAA no longer considers Netflix as a legal source.

But the actual explanation was much more simpler – Netflix no longer allows third parties to search its library. The abundance of Netflix search sites seems to suggest otherwise, but these crawl Netflix’s site to retrieve a listing of content, and this is very much against Netflix’s terms of service, something the MPAA owned WhereToWatch wasn’t prepared to do.

Still, the critics’ original point stands – it’s can still be exceedingly hard at times to find legal content, and with content being more and more fragmented across a variety of SVOD platforms (Netflix, Hulu, Amazon, and FOX, CBS and others own SVOD platforms, each offering a subset of content), it really is hard at times to determine just which one of your many subscriptions has that show, episode or movie you want to watch (sure, you can buy it all on iTunes, but I’ve left my American Express Black Card in my other pants). 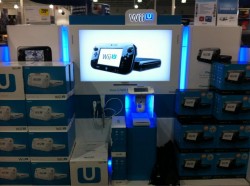 Nintendo will hope the NX sells better than the Wii U

Onto gaming news now, with E3 just around the corner, the rumour mill is now working over time on everything from the PS4.5, to the Xbox Next, and the most mysterious of them all, the Nintendo NX. Theoretically coming out next year, we still don’t really have an official name (I doubt it will be called the NX, which sounds more like project codename). The latest rumours suggest the NX will be “noticeable” more powerful than the PS4, and that some of the most popular Wii U games will be ported over to the NX at/near launch.

Assuming Nintendo has learned the lessons from the relative failure that is the Wii U, launching a console mid-generation that’s barely better than what’s already on the market, with games from some of the biggest Nintendo franchises missing, is not something the company will want to see a repeat of with the NX, even if the price is low enough. So I hope the NX will be powerful, maybe more powerful than the much touted PS4.5, and there will be a nice collection of Mario, Pokemon, Zelda and Super Smash Bros. games available at launch, even if some are just ported/enhanced editions of previous games. If they can do this, and introduce a bit of Nintendo magic in again changing the way we play games, then the NX looks to have a bright start and an even brighter future.

So that’s another week done and dusted. Have a great one and see you in seven.

This entry was posted on Sunday, April 17th, 2016 at 4:42 pm and is filed under Gaming, News Roundup, Nintendo Wii, Wii U, Switch, Video Technology. You can follow any responses to this entry through the RSS 2.0 feed. Both comments and pings are currently closed.