Welcome to another edition of the WNR. We have quite a bit to go through today, everything from a Chinese ’50 Shade of Grey’ to Blu-ray malware. It’s nice to have news stories to write about.

No time to waste, so let’s get started.

In other words, it’s the version with all the “good” bits removed, nudity, sex scenes or pretty much the only reason you’d ever even consider watching a film like this. If there’s one Chinese censor approved film this year that you have to watch, this film is not it.

The sleazy world of political lobbying has been revealed by Google’s lawsuit against the state Attorney General of Mississippi Jim Hood. Hood started an investigation last year to discover whether Google is guilty of helping to distribute copyrighted content, but it was later revealed (ironically via the hacked Sony emails) that the MPAA was the one pulling all the strings, even going as far as creating an astroturf group (the Digital Citizens Alliance) and helping Hood draft letters that the AG was signing and sending to Google. All of this was an attempt by the MPAA to bring back SOPA.

Going back to AG Hood’s original claims, while there is no doubt that you can find pirated content via Google, but you can also find pretty much everything else on Google (um, that’s what a search engine does). It’s like making Yellow Pages responsible for all the actions of every company listed in the phone book.

Google promptly sued Hood to stop his investigation, and this week, a Federal court judged granted a temporary injunction against the investigation. While this is definitely a victory (judges don’t tend to grant temporary injunctions, and may even throw out the case altogether, if there’s nothing backing Google’s claims), it’s only a minor one as this TR only issued to ensures the “status quo”, as the judge puts it. A full trial will still be needed to determine whether Attorney General Hood and his MPAA buddies will get to blame Google for everything that’s wrong with the world today.

The Big cinema chains, AMC, Regal, Cinemark and Carmike, are starting to get increasingly worried about the death of the release window, especially now that Netflix is getting into the movie releasing business in a very serious way this year. Netflix has several first-run movies planned for simultaneous theatrical and streaming release set for this year, including the sequel to ‘Crouching Tiger, Hidden Dragon’. The chains, worried that their monopoly on movies released during the typical 90-day release window, are boycotting any film that does not have this exclusive window.

Movie cinema chains have Netflix in their sights

The latest release to get banned is ‘Beasts of No Nation’, starring The Wire’s Idris Elba and directed by True Detective’s Cary Fukunaga, a drama following the tale of a child soldier in Africa. Netflix purchased the rights to the film and will be making it a streaming exclusive when it is released later in the year, but has been seeking a theatrical release for the film that many considers an Oscar contender. With the big cinema chains all boycotting the film, it will be up to the smaller independent chains to pick up the slack, with around 250 screens set to show the film (a drop in the ocean compared to the number of screens owned by the big chains – Regal, the biggest chain, has more than 7,300 screens alone in North America).

So instead of giving viewers the choice between legal streaming and the full theatrical experience, the big chains appear willing to use their market power to maintain their precious release window, not realising that they’d still have to “compete” with another form of free digital movie viewing – piracy.

A warning for those that download Blu-ray ISOs to burn their own discs, you could be burning a disc that launches malware on any computer, or selected Blu-ray hardware disc players, that plays it. Security consultants have found a vulnerability that allows malicious code to be launched via a Blu-ray movie’s BD-J interactive content. The most obvious attack vector is though the PC based Blu-ray player software PowerDVD, where a flaw in the software allows BD-j applets to run outside of the normal sandboxed environment and access the OS and file systems. Those with hardware Blu-ray players are not immune either, as a second vulnerability allows root access to Blu-ray players when the malicious code is launched. 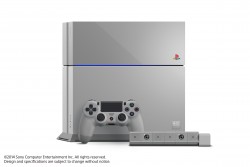 The paper-less, cloud based office is the office of the future. And if this is true, then the office of the future is also where a multinational corporation accidentally erases the list of winners of a high profile, nation wide competition. Sony Japan has accidentally deleted the winners of their much hyped Anniversary edition PS4 competition. With the PlayStation brand entering its 20th year, Sony released a limited edition PS4 that has the same “silver/grey” finish as the original PlayStation console. Japanese consumers who bought a PlayStation console or an approved accessory in December or January received an unique code that could be submitted to Sony to go into the draw to win one of these fabled PS4 consoles, with Sony Japan choosing 123 winners. The only problem? Sony has lost the list of 123 winners “somehow”, and now the winners will have to find their unique code again, or to provide other evidence of their purchase. Sony assures customers that their data has not been stolen. The data has merely been lost with no explanations given. I guess someone should have printed out the list or something.

That’s all we have for this week. Hope you enjoyed this week’s eclectic collection of news stories, I’m hoping for more of the same next week. Until then, have a good one!

This entry was posted on Sunday, March 8th, 2015 at 10:08 pm and is filed under Computing, Copyright, Electronics, High Definition (Blu-ray/HD DVD/4K), News Roundup, PS3, PS4, Video Technology. You can follow any responses to this entry through the RSS 2.0 feed. Both comments and pings are currently closed.