Welcome to another edition of the WNR. It’s one of those weeks where I really can’t think of anything to say in the intro, so I won’t waste any more or your time by just getting on with it.

With major ISPs in the US all signing up to the “six-strikes” plan, one ISP wants to take it a step further. ISP Mediacom will suspend the account of anyone who has received two infringement notices, and after filling in paper work to get their account re-instated, will perma-ban the user after the next strike. This makes Mediacom’s copyright policy one of the harshest yet.

If you explain to them that your Internet connection was hijacked, then bad luck, Mediacom will say, because it’s your account and so you must be guilty. There is a way to file a counter-notification, but Mediacom appears to be discouraging even this most basic dispute process by warning users of the potential dire consequences of submitting a counter-notification, that once Mediacom hands the counter-notice to copyright holders, further actions  “may include legal action such as lawsuits between the copyright holder and the customer”.

It’s hard to tell who Mediacom is actually serving – their customers, or the rights holders. I know who pays their bills though, and those that don’t want to condone this kind of behaviour should change ISPs immediately. Unfortunately, some may not have a choice on the matter. 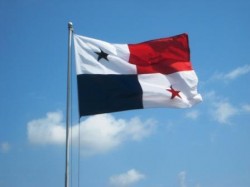 While changing ISPs may still be a choice for some, changing countries may be a little bit more difficult. This is unfortunate for Panamanians, as Panama’s new copyright laws will be some of the worst yet. The laws were just pending at the time the linked article was written, but it has just been voted through the country’s Congress, apparently.

First up, the fine is in addition to any other criminal or civil penalties, so in the worst possible scenario, you could be fined $200,000 by the government, sent to prison, and then still be liable to be sued by rights holders for who knows how much. And more disturbingly, the fine is collected by a government bureaucracy (the General Copyright Directorate) that keeps all the cash and pays employees bonuses based on their performance (presumably based on the number of fines they issue out). Yeah, I’m sure corruption and abuse will never be an issue here [insert sarcasm smiley].

If you want to find out why Panama has suddenly decided to go insane with copyright laws, you won’t have to look very far. A quick search on the RIAA’s website reveals this little piece of info, and the MPAA’s lawsuit against Hotfile also plays a role here because Hotfile was founded in Panama. Panama appears to be pandering to US interests as part of a geo-political power play, and possibly paying the price of receiving a favourable trade agreement.

And you just know that if not for the public reaction (which has largely remained silent in Panama), the MPAA and RIAA would love to have something similar in the US too.

One country that does seem to get the intricacies of the copyright law, and the general spirit of the law in general, is Portugal, where the country’s prosecutors this week refused to sue 2,000 individuals accused of piracy by ACAPOR, the country’s local anti-piracy agency. The prosecutor’s office ruled that personal file-sharing, even with an upload component and even with seeding after the download component is completed,  is in fact not against the law. 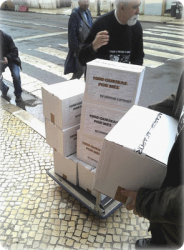 ACAPOR’s stunt last year appears to be have backfired

The decision is especially embarrassing for ACAPOR, after their publicity stunt last year where they printed out IP addresses of alleged pirates and sent them in boxes to the Attorney General’s office. More costly though may be the prosecution office’s statement regarding the use of IP address evidence, which they have ruled to be insufficient in identifying the individual actually responsible (but as they are doing it for personal use, it’s not illegal anyway).

As expected, ACAPOR was not happy at the decision, calling the prosecutors lazy for not wanting to work hard to prosecute the 2,000 people ACAPOR says are illegally downloading.

My opinion is that the nature of copyright infringement has indeed changed with the Internet, which has definitely led to an increase in acts of infringement. It’s a problem that needs to be tackled for sure, but just not at the expense of justice and due process. Piracy is much more common today thanks to the Internet, but this only proves that the current laws, mostly written to deal with isolated cases of commercial piracy, cannot be applied directly to students, and single mothers, and everyday folk whose only intention was to save a few bucks (as opposed to commercial pirates, whose intention is to make large profits from their activities). There needs to be two separate set of laws, one to deal with commercial piracy, and one to deal with copyright infringement for personal use (since I don’t completely agree that piracy for personal use should always be legal and is always non damaging). And the statutory damages should reflect the differences between the two.

As for IP address evidence, it is circumstantial evidence at best, and cannot be relied upon solely to prove guilt. And even if you could somehow tie the individual who committed the actions to the IP address, a connection to a swarm does not equal a download or upload. At the very least, the IP should be monitored over time, and if possible, the amount of data transfer recorded to paint a better picture of what has actually transpired. If there are to be a penalties, then the penalty for someone who has seeded a file for 2 weeks should not be the same as that of someone who connected to the swarm for a couple of minutes before deciding not to download the file after all.

Now I’m a huge fan of Blizzard and their products, having wasted endless hours on the original RTS Warcraft games, Starcraft and its sequel, and eagerly bought Diablo III even though I was aware of the harsh DRM requirements. But after reading an interview with Blizzard’s CEO regarding D3’s DRM launch fiasco, I must say that I now have much less respect for the company as a result. 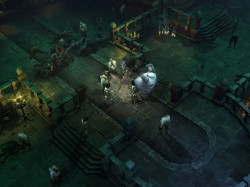 Diablo III’s launch was a DRM disaster, but a financial success – will the game continue to find commercial success now that participation rates are dropping rapidly?

In the best tradition of non-apology apologies Blizzard’s CEO Mike Morhaime put the blame on the launch issues squarely at where it belongs – on the accounting department! Or at least that seems to be the only plausible explanation for Morhaime’s statement about Blizzard severely underestimated the popularity of the game, as the bean counters who had been keeping track of the record pre-orders for the game must have forgot to carry a number or two in their calculations.

For such a heavily anticipated game, with so many pre-orders, and with a planned release (Blizzard had set the release date very early, something they normally don’t do), there’s really no reason why the demand could not have been anticipated.

Morhaime then goes on to praise the server team for doing a “heck of a job, Brownie” in only taking a “couple of weeks” to increase capacity. A month is still a couple of weeks, right? As that’s how long some players were left without a working game that they may have pre-ordered months ago.

So an “apology” turns basically into unadulterated back-patting, but when your harsh DRM has made you so much money, it’s hard not to get a bit arrogant, I suppose. Diablo III’s massively falling participation rate though may very well put a pre-mature end to the  celebrations.

Speaking of back-patting, time to perform a mastabatory round on myself (eww) for finishing this WNR in double quick time. Size isn’t everything! See you next week.

This entry was posted on Sunday, September 30th, 2012 at 8:56 pm and is filed under Copyright, Gaming, News Roundup. You can follow any responses to this entry through the RSS 2.0 feed. Both comments and pings are currently closed.