How’s your week been? Me? Well, I’ve recently been working on a new project that’s come far along enough for me to provide some vague hints about. It’s another game app (and not just for Android this time), but one that’s a bit closer to home in terms of subject matter (as opposed to being a galaxy far far away). I hope to have it finished within a month or so, but that’s probably not going to happen given my track record.

As for news, not a lot, but interesting enough, so let’s get started.

Political lobbying is an art, and the MPAA have been one of the better performers on the stage of politics. Their bi-partisan approach to lobbying, not that dissimilar to the kind employed by Wall Street, is extremely effective at creating a solid foundation of support from within both major political parties. And with the Republican convention just finished in Tampa Florida, and the MPAA wasted no time in deploying their strategy yet again by praising the Republicans on their anti-piracy platform. 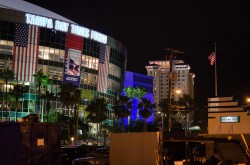 The Republican Convention is barely over, and the MPAA is already issuing high praises for their light on details copyright platform. Image/Photo Credit: Fifth World Art @ Flickr, CC

This is despite the Republican platform on copyright enforcement, particularly the online kind, being very light on details and high on rhetoric. There’s nothing in there specifically referring to any solutions or measures to tackle the web piracy “scourge”, with most of the platform being focused on dealing with nation states and the unspecified threat of “foreign” entities. But it’s hard to imagine that anything a potential Romney administration would do on the copyright issue that the MPAA wouldn’t be happy with, just as they’ve been pretty well served by the Obama administration these last 3 and something years, and will most likely continue to be well served should President Obama win re-election.

The truth is that both parties are firmly in the pockets of the MPAA, and that’s really a sad state of affairs. The fact that the MPAA will most likely be equally gushing of the Democrat’s platform when it is released at their convention shows why politicians are no longer caring about carrying out the wishes of the people, at least not on the copyright issue. There are obvious exceptions, of course, but you get the feeling that there’s too much respect for big business in Washington, from both sides of politics, when, given their actions in the last decade or so, it’s not really merited as well.

One well known victim of big business, the music industry in this case, is PhD student Joel Tenenbaum. Unfortunately, it seems that his copyright nightmare is set to continue, as a new judge this week found that the original penalty of $675,000 for downloading 30 songs was perfectly reasonable. The judge cited Tenenbaum’s disregard for warnings about his illegal activities, and also the fact that the wilful infringement fine of $22,500 per song isn’t even close to the highest possible, which is $150,000. 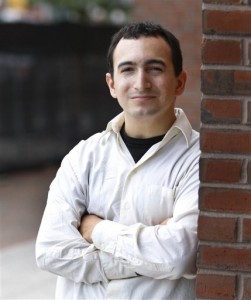 Of course, this latest ruling goes against the rulings of both the original judge, and the appellate court judges, all of whom agreed that the $675,000 was excessive (they only disagreed on the reason for why this was excessive, with the original judge using constitutional grounds, while the appellate court judges did not feel this was appropriate). With these earlier rulings in hand, it’s unlikely Tenenbaum’s lawyers would simply accept this most recent verdict, and instead will continue on with their appeals.

Even if you include the upload component of Tenenbaum’s actions, it’s hard to see where $675,000 worth of damages come from. From a punitive point of view, perhaps, but surely $67,500 is just as punishing for a PhD student. And let’s not forget that statutory damages were invented in an era where most if not all copyright lawsuits involved companies, not individuals, and most of those infringement cases involved profit based motives, not the motive to simply save a few bucks on CDs (especially since downloads, especially the cheap iTunes kind, were rare at the time Tenenbaum did his deeds. I suspect he wouldn’t have done it if he had the choices available to him today, which speaks more about the industry’s late response to the Internet than the actions of Tenenbaum).

The RIAA obviously wanted to make an example of Tenenbaum, but this has not had the effect they had hoped for (to scare people to not pirate), and the longer this drags out, the worse it looks for the RIAA. If they hadn’t been so greedy (not for the money, but for their wish of an ever greater impact the verdict was to produce), they would have accepted the $67,500 verdict and the statement made from this verdict would have been a much clearer, cleaner one. Instead, they now look even more like bullies, and the back and forth movement within the legal system actually makes their case look much weaker as a result, in my opinion.

Two weeks ago, I mentioned the news that the Moving Picture Expert Group had formally approved the draft standard for H.265, or more sexily known as HEVC (okay, not that much more sexy, I know). A lot of bold statements were made back then, with claims of HEVC being twice as efficient as H.264, but a lot of it was based on data analysis, rather than a subject analysis of the actual visuals (what looks good from a signal-to-noise ratio point of view, may not look good for the human eye).

This week, the results from a human visual study has been released that backs up the claims that HEVC will, given the same bitrate, offer better quality visuals than H.264 (already considered near “reference” for high bitrate encodings, such as Blu-ray). The best thing about this study is that, instead of looking at quality from a boring mathematical and error analysis perspective, this one simply involved 30 people (with some training beforehand) looking at videos and judging, subjectively, which was better.

The result? HEVC was comfortably the winner, especially at the lower bitrates. The study used videos encoded in near 4K resolution, and so by using bitrates as low as 0.75 Mbps (this was for an animated clip), the low end efficiencies of HEVC were fully exposed. Whereas H.264 struggled (understandably at 0.75 Mbps for 4K content), HEVC still managed to produce a more than decent job (a rating of just under 70 out of 100). For more complicated scenes, for example a live video of pedestrians crossing a busy intersection, 5 Mbps in HEVC yielded the same subjective visual quality as a 15 Mbps H.264 encoding. It’s only towards the higher end that H.264’s perceived quality started to catch up with HEVC’s, but it’s clear that for things like mobile or even broadcast TV transmissions, HEVC will be able to carry 4K streams without using up more bandwidth than current 720p or 1080p streams. 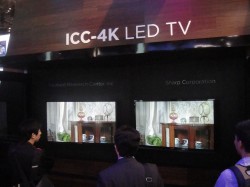 This suggest that the need for a dramatic increase on the capacity being offered by Blu-ray at the moment, even for 4K content, may not be that great. Although even if the Blu-ray disc format remains unchanged, players will still need to be changed in order to support HEVC decoding. But versatile, and powerful devices like smartphones, tablets and maybe even game consoles, could all theoretically be upgraded via software to support HEVC. So for example, given a powerful enough device, Netflix could roll out an update that enables HEVC decoding, and allow Blu-ray quality 1080p video to be streamed without having to dramatically increase bandwidth requirements. But if a video format is tied to an optical disc, and non versatile hardware player (most Blu-ray players fall into this category, unfortunately), then there are all sorts of technical and standardization problems that makes HEVC rollout difficult without inventing a whole new optical disc format.

Probably the company still most invested in good old optical technology is Sony, one of the founding fathers of Blu-ray, but even they see the writing on the wall as this week, Sony announced they will cease production of PC optical drives starting early next year.

Instead, the company will focus more on drive-less devices, such as smartphones and tablets, and get them to tie in more with the media arm of the company and their digital distribution platform, Sony Entertainment Network. Productions of drives for their non PC devices will continue unaffected though, but it’s clear that even Blu-ray players and PS3s are becoming more of a gateway for online digital content, rather than simply doing their “full time” jobs.

Personally, I can see the move to pure digital speeding up once rightsholders get over their fear of the Internet and piracy. It’s an irrational fear, because discs can be even more easily ripped, copied and uploaded, but if you control the entire streaming platform, down to the hardware that plays it, it ends up being more ripping proof. Plus, instead of trying to make more on a selected few high profile titles, having a huge accessible library allows for “long-tail” traffic, which means you can offer a huge library of not so new stuff at much lower prices (ie. the Netflix model), and thus reducing the demand for pirated content. I would love to see some stats, but I suspect the piracy rates of all the stuff that’s already on Netflix streaming has dropped and continues to drop.

The biggest problem though, and this includes  Sony’s move to create their own ecosystem by tying their hardware devices to the SEN, is that the traditional retailer will be cut out of the loop (as well as the companies that support/rely on them, like transport companies). Look at Apple – a lot of retailers sell their hardware, but only they can sell content on their devices. The closure of music stores and video rental stores is just the beginning of this phenomenon, and there doesn’t seem to be any kind of solution to the problem. I would certainly hate to live in a world where all content is only available to rent or buy from a handful of companies, your Apples, Netflix and your Sonys, and I think it’s in the best interest of content owners to actually have competition. Otherwise, terms will be dictated by the select few that have a virtual monopoly on content, and nobody really wants that kind of a situation.

Problems aside, I still very much yearn for the day where I can turn on my TV and, within a couple of clicks of the remote, have at my disposal every piece of visual entertainment ever made. If nothing else, it would be a fantastic thing for preservation of older content.

That’s it for now, hope it wasn’t too painful a read. See you next week.

This entry was posted on Sunday, September 2nd, 2012 at 5:10 pm and is filed under Copyright, Electronics, News Roundup, Video Technology. You can follow any responses to this entry through the RSS 2.0 feed. Both comments and pings are currently closed.