Welcome to another edition of the weekly news roundup. Been out and about on this Sunday, went to the local store to by a copy of The Hunger Games and Battleship on Blu-ray (feeling quite ashamed about buying both, to be honest, but both are for my niece – The Hunger Games for obvious reasons, and Battleship because Rihanna is in it – although Battleship, I’ll admit, is a guilty pleasure for me too).

As for the WNR, a few bits and pieces to get through, so let’s get started.

Following up on last week’s story regarding Google’s new anti-piracy policy, in which they will start demoting websites that receive too many DMCA notices, the two sites that will be most affected by these changes, The Pirate Bay and isoHunt, have both responded to this latest “setback”.

The Pirate Bay reiterated their earlier view that this kind of censorship will not only not affect their popularity, but may in fact drive even more direct traffic to the world’s most famous torrent indexer. It is their fame, or in marketing speak, their “brand”, that allows them to not rely on search engines at all. And if people searching Google for torrents find that results aren’t what they’re expected, they’ll soon teach themselves to go to The Pirate Bay directly. The losers in this likely scenario would be the smaller, niche torrent sites, although if they’re small enough to avoid DMCA notices, then they’ll also benefit from these changes. 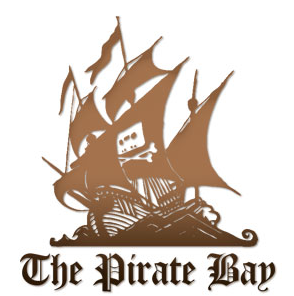 The Google DMCA demotions won’t sink The Pirate Bay – it might even help the website become even more popular, the site says

Gary Fung over at isoHunt similar expressed his meh-ness at these changes, citing that while they have a greater share of visitors coming from Google than TPB (21%, vs at most 10% for TPB), the fact that “isohunt” and “isohunt.com” are the most common incoming search terms (would be surprised if this wasn’t also the case with TPB), means that people are not using Google as a discovery tool for piracy at all (ie. they already knew about about sites like isoHunt and TPB, but were just too lazy to bookmark or type the full domain names, or weren’t sure about the spelling and just wanted to make sure).

But just because neither websites are likely to be severely affected by these changes, it doesn’t mean that they’re not fully against these changes. TPB, via their blog, says it is disturbing that one private industry is able to dictate what another industry, some might say an even more successful industry (but with a less powerful lobby), can and cannot do. Fung raises the good point that a valid DMCA notice, by Google’ definition, only means that the formatting of the submission is correct, and that no counter notification had been filed – it does not mean that the claim is genuine (Google cannot possibly check all 5.7 million+ takedown requests). Webmasters will also only be notified of any incoming DMCA notices if they have a Google webmasters account. So it is more than possible to file a false DMCA notice about a perfectly innocent web page, and if the website’s owner does not have a Google webmasters account, then he or she will never even know about this notice, which, in Google’s eyes, is still perfectly valid.

Shortly after Google’s announcement, Hollywood (via their copyright lobbying group, the MPAA) welcomed Google’s latest initiative, but still said that Google can still do more. But according to award winning tech journalist David Pogue, Hollywood should care less about what others are doing to “promote” piracy, and worry more about what the industry is doing right now to equally promote piracy. Writing an opinion piece in Scientific American, Pogue lambasts Hollywood for reacting to the imminent death of DVD rentals by retreating further away from its successor, online digital rentals. Instead of embracing the Internet, Pogue says for whatever reason (in my opinion, most likely fear), Hollywood has started putting up all sorts of barriers online to prevent people from paying for legal content. Barriers that includes unfair release windows, shortened rental times, and the reduced availability of content compared to a traditional brick & mortar store (and this totally goes against common sense, because digital is supposed to allow for a greater selection due to lack of need for physical space).

Pogue interestingly points out that out of the top 10 most pirated films of 2011, none of them are actually available for rental online at this very moment (although a couple is available as part of Netflix’s streaming offering). And if Hollywood thinks that the modern day consumer’s appetite for content can be controlled by limiting what’s available, then that’s a sadly outdated notion, because the Internet does offers people alternative. True, many of them are illegal, but the reality is that people don’t care. Through legislation and technical measures, Hollywood is hoping they can put the genie back into the bottle, but as Pogue concludes, perhaps the simpler solution is to simply embrace the Internet and “keep making money”.

But it doesn’t help when you not only *don’t* give your own customers what they want, you also label them as “scumbags” and “bandits” for simply wanting more than what you offer them. Both of these terms were used by the CEO News Limited, the Australian wing of Rupert Murdoch’s media empire. Uncle Rupert is not a huge fan of this Interweb thingy, and an even lesser fan of web piracy (once calling Google a piracy leader on Twitter), and it seems this has rubbed off on News Limited’s CEO, Kim Williams.

Controversially, Williams said that the web piracy problem makes the English riots of 2011 “look like children stealing [candy] from a shop”. A tasteless comparison if only for the fact that the same riot caused the death of five people. While I admit that a lot of content is downloaded illegally these days, as far as I can tell, places like Amazon, Steam, Netflix, and even offline ones like Walmart, are still doing pretty well, certainly better than the smashed, burnt down and robbed stores that bore the brunt of the London riots. And that’s the key difference between traditional theft, and the theft of intellectual property – one has a real economic cost attached, the other merely has a theoretical “lost sale” cost. One is taking, the other is copying, like photocopying a text book at the library, versus shoplifting the same book from a book store.

But one area in which a comparison to the English riots may have merit is that things like riots, and large scale unauthorised downloading, don’t simply happen in a vacuum. As much as those in positions of power want to write it all off as criminals committing crimes, the root of the problem is always much more complicated. The disenfranchisement and injustice that people were feeling, whether a legitimate gripe or just the sense of it (both equally real in people’s minds) is what was behind the riots. And the sense of unfairness in pricing, availability that people are feeling towards the provision of video entertainment, while a much less severe and a much more “first world” problem, may also be the root of this “piracy scourge”. Basically the same thing Pogue alluded to in his article.

Games of Thrones is pirated a lot in Australia because legal ways to watch the show in a timely manner hasn’t been provided by the only cable TV player in town, partially owned by News Limited, whose CEO calls pirates “scumbags” and “bandits”

So I guess it won’t surprise you that News Limited, the company that part-owns Australia’s *only* cable TV network (Foxtel, who recently absorbed the regional based Austar), is notorious for the putting up the very same barriers that Pogue talks about. Australia has the highest piracy rate for Game of Thrones, mainly because exclusive broadcasters Foxtel, in their infinite wisdom (or trying to save a buck on the distribution deal), not only decided to move Game of Thrones to a premium cable package (fair enough), but also decided to not show any of the episodes until the US season had ended, thus ensuring everybody, and I mean everybody (that I know of at least), pirated the show. The situation has improved recently with the delay decreased to a single week, but a week long delay in this day and age of Twitter spoilers and whatnot might as well be a year. The nature and popularity of the show also meant that none of the free-to-air networks dared to show the uncensored version, nor can they afford the buy the show in all honesty, and so “scumbags” and “bandits” were created en masse as a result.

This is also the same Foxtel that allows so many ads on their basic channels, that one wonders what they’re paying for exactly (I pay for an equivalent of USD $100+ per month for a package that doesn’t even include movies), other than the mostly old repeats of repeats that you can get on Netflix for $7.95 (but we don’t have a Netflix equivalent here with the same amount of content, so VPNs and proxies are very popular here, which I’m guessing News Limited’s Kim Williams thinks we’re total d*cks for using).

Privacy and defamation issues (although German law is on the side of Urmann on this one too, which allows law firms to publish the names of those accused by its clients), and also ignoring the slightly racial tones that comes from picking on foreigners, the fact that it seems somewhat public places are being named suggests there might be quite a few IP addresses associated with public/shared Wi-Fi. Not that “sue-for-settlement” firms in the past have cared this issue in the past.

But I’m sure they know what they’re doing. Right?

And that’s pretty much it for the week. See you next week!

This entry was posted on Sunday, August 26th, 2012 at 8:50 pm and is filed under Copyright, Movies, News Roundup, Video Technology. You can follow any responses to this entry through the RSS 2.0 feed. Both comments and pings are currently closed.