Welcome to another edition of the WNR. As promised, the annual Blu-ray sales stats analysis has been posted, complete with lots of graphs that, really don’t say much. Glad to have gotten that out of the way for the year, and I wish more things could be annual ones, rather than ones that you’d had to do every week!

Monthly things are good too, and next week should see the next monthly installement of our captivating NPD US video game sales analysis (yes, even more captivating than the title of the piece). Xbox 360 is set to win the crown again for being the least suckiest console, in terms of sales, for April.

And Happy Mother’s Day to all the moms and mums out there, including my own!

A fairly quiet news week that had me struggling to find anything interesting to talk about, but let’s get started anyway on this fairly short WNR.

In copyright news, with UK ISPs starting their filtering of The Pirate Bay, hacktivist group Anonymous, or rather, an offshoot of the “organisation”, decided that payback was necessary, and promptly DDoS attacked the website of Virgin Media, one of the first ISPs to implement the blocking.

Unfortunately for them, criticism of the attack came from the most unexpected source: The Pirate Bay! It’s not only that the choice of the target wasn’t that appropriate, as Virgin Media and other ISPs had been fighting the block in court, at their own expense, for some time now, but TPB also condemned all forms of denial of service attacks, saying that it’s just another form of censorship. The Pirate Bay believes that there are better ways to protest the blocking of the website, including setting up your own proxy, or by joining a local branch of The Pirate Party. The proxy thing is interesting, because a Dutch court has just ordered their country’s Pirate Party to shut down their reverse proxy for The Pirate Bay. With no such ruling yet in the UK and elsewhere, if enough people create their own proxies, then it may force the courts to rethink their stance, or at least it would make enforcing the ruling a right nightmare.

The issue of cinema release windows has been raised recently, in relation to revenue and piracy. But for a long time now, a small war has been brewing between cinema operators and movie studios over the length of theatrical runs. Up to 90% of revenue from ticket sales during the first week of a theatrical release goes to the movie studios, with the share slowly decreasing over the typical 17 week release window. What this means is that, for movie studios, a shorter release window makes little difference to them financially, while it may be a huge thing for cinema operators. And when you add web piracy to the mix, where longer windows may encourage more piracy, as the disc rental, sell-through and digitally distributed versions of the movie fails to materialise quickly enough for today’s “I want it now” consumers, some of which will seek out piracy as an alternative – so there’s definitely extra incentive for studios to want a shorter theatrical run. Which is why the CEO of Time Warner predicted this week that, in a bid to fight piracy, theatrical release windows will need to be shortened, while DVD and Blu-ray prices will have to be lowered as well.

I don’t really have a problem with the latter, since value proposition wise, buying discs has started to feel like bad value compared to services  like subscription streaming. But perhaps with cinema release windows, a fairer profit sharing regime might be needed to ensure cinema operators don’t lose out, while cinema operators may also need to do more to get the same amount of “bum on seats” in a shorter period if release windows need to be shortened  (a price reduction would help, and would also help directly reduce piracy at the same time). 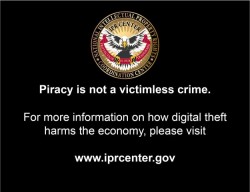 And while cheaper discs would definitely help to fight piracy, the issue of convenience also plays a key part these days. A pet hate amongst even disc lovers are those unskippable sections at the start of the disc. You know, the studios trailer, copyright notices, anti-piracy trailer, “on home video” trailers, “coming to a cinema near you” trailers, a promo for Blu-ray, more studio trailers, then you get to the main menu to start the movie, and some legal liability notices, and then and only then does the movie start (and it usually starts with another studio trailer). Copyright notices are probably the worst of the bunch, as at least, some trailers can be interesting (but still very annoying if unskippable). Unfortunately, things are about to get worse, as the MPAA and their allies in the War Against Downloads have decided to double the number of potentially unskippable copyright messages on discs. The new screen will feature the tag line “Piracy is not a victimless crime”, and leaving aside the point that I don’t think anyone actually thinks it is, it’s not really true is it. Lots of cases of piracy is completely victimless, and even sometimes beneficial to the very victims that the message is referring to.

But the message is beside the point. The point is that movie buyers, you know, the people that do the right thing, are actually being punished for doing so, especially since the pirated version would most definitely have removed these warnings, or made them easily skippable. And if you want to make people aware of the copyright issues, there are much better ideas that are already being deployed in other countries. For example, in the UK, some Blu-rays provide a “thank-you” message that applaud buyers for doing the right thing, while still relatively ineffective (a case of  preaching to the converted, perhaps), it does at least portray a more positive message than “you might be going to prison for 5 years”. Now I’m not saying that convenience is the only reason people are downloading pirated movies, but if something is free and easy to get to and use, while the paid for one is less accessible and less consumer friendly, then it does make the decision a lot easier.

And I think this is pretty much the reason behind comedian Louis CK’s little DRM-free experiment last year, in which he sold a show of his for $5 on his website, and did it without bothering with any sort of DRM. Sure, the show was pirated (it’s not as if DRM would have prevented it), but it also made a million dollars in a couple of weeks, and people who paid for it had just as usable of a copy of the show as the people who had downloaded it. Louis is back at it again though, this time releasing a couple of audio-only shows in the same method, and at the same price (which may hurt sales a bit, I suspect).

Things like DRM also adds to the licensing cost of implementing playback support, and it’s partly the reason why Windows 8 will remove native DVD playback from the list of standard features that come with the upcoming OS.

Not only that, the standard “home premium” equivalent version of Windows 8 (simply called “Windows 8”) will not have support for media center either, so you’ll have to spring for the “Pro” version to have it as a (paid) option. 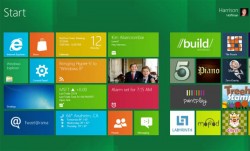 Windows 8, the standard release, won't have DVD playback built-in - Microsoft says that people are no longer interested in disc based movie playback on PCs - do you agree?

So of course, this means Blu-ray playback support is not going to be included either. Microsoft says the declining of interest in disc based movie playback and the steep licensing fees are the reasons for the exclusion. That may very well be true, but Microsoft also has its own digital distribution strategy, so that may be the cynic’s view of why it’s happening.

But there will still be commercial options for DVD and Blu-ray on Windows 8, and there may even be a free alternative too via VLC, and you’re probably better off using those solutions anyway.

Personally, I like to pretend Windows Media Player doesn’t exist.

And on that note, we end this week’s WNR. See you next week.

This entry was posted on Sunday, May 13th, 2012 at 10:00 pm and is filed under Copyright, High Definition (Blu-ray/HD DVD/4K), News Roundup. You can follow any responses to this entry through the RSS 2.0 feed. Both comments and pings are currently closed.