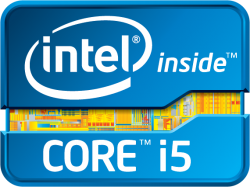 It’s been nearly a year since my last “If I were to buy a new computer …” feature, and whereas the last one was about 3D Blu-ray, this one is all about Sandy Bridge, Intel’s second generation Core processor. The original Sandy Bridge launch was scuppered due to a manufacturing fault, and it’s only now that these new Intel CPUs are being launched proper. While normally, it’s never a good time to buy a new computer just after a new CPU/socket launch, due to the premium pricing, Sandy Bridge changes the equation because, for once, Intel is launching a new range of CPUs that not only undercuts AMD’s offerings, but also its own CPUs, making the SB CPUs the best in terms of price/performance, despite the “newness” of the part.

Just like the last edition of this feature, I will provide three different builds, one a general purpose machine, another a Mini ITX build for home theater use, and what I called the “Lottery Winner’s Special” the last time, basically a system if money (as well as power consumption/noise) is not an issue.

Our general purpose system is slightly higher spec’d than your average PC, because with this PC, we want to pretty much do everything on it. This includes playing the latest games, playing and burning Blu-ray discs, video editing and conversion, and also a system that is somewhat future proof.

So let’s look at what I think are the key features that you need to be looking for:

* CPU: We’re choosing to go with a Sandy Bridge CPU. But which one? The sweet spot at the moment, in terms of pricing and performance, appears to the Core i5-2500K. The ‘K’ indicates an unlocked CPU, which allows for overclocking. The ‘K’ version is only slightly more expensive than the standard version. For our Lottery Winner Special (LWS) system, we’re going with a top of the range i7-2600K, which despite being super fast, does not carry the usual super premium.

* Motherboard: Since Sandy Bridge uses a new socket type, we’ll also need a new motherboard. And the best ones to go with SB utilize the Z68 chipset, which has only recently been released, but it allows you to get the best out of SB thanks to the support of hybrid graphics, SSD caching and overclocking of ‘K’ branded CPUs. As for brand and model, we’re going with the ASUS P8Z68-V PRO, which has received good reviews recently.

* RAM: Our last general purpose system had 4GB of RAM. This time, we’re going with 8GB. It won’t give you any performance gains, not much anyway, but with the low price of RAM these days, the real question is “why not?” For our LWS syetem, we’re going to cram in 16GB of RAM just because we can.

* GPU: The ATI Radeon range has dominated the GPU market for quite a while now, and the last couple editions of this feature have all relied on this particular range of GPUs. However, with the release of Nvidia’s Fermi, the momentum has shifted somewhat back towards Nvidia. So this time, we’re going an Nvidia GTX-570. For our LWS, we’re opting for the fastest single card GPU solution available, which is currently the Radeon HD 6990, a dual-GPU solution. Then we’re going to put two of these in CrossFire config, for a total of 4 physical GPUs and 8GB of video RAM. Awesome.

* SSD: Thanks to the Z68’s SSD caching feature, adding an SSD will increase disk performance dramatically. Unlike having a dedicated SSD boot drive, which means an expensive investment in a large SSD drive, caching allows us to use a smaller, cheaper SSD drive, and still benefit from the speed boost offered by SSDs, with transparent background caching. Think of it like a stepping stone between your large, but slow HDD, and your small but super fast RAM. For our LWS system, we’re still going with a large SSD as our boot drive for maximum performance.

So yeah, this system is $400 more expensive than our last general purposes system, but you’re paying for the latest CPU and chispet, which in the past, would have carried a lot more than a $400 premium (plus we’ve also included a SSD caching drive, along with double the RAM, an upgrade to a Blu-ray burner drive and up to 4TB of storage).

Just for the fun of it, here’s specs for a monster system where price isn’t an issue. What I call the “Lottery Winner Special”. The total price of such a system, despite being upgraded with the latest second generation Core processor, plus a bigger SSD, more RAM, a huge 30″ monitor, and the aforementioned dual monter graphics cards, ends up being about $1000 less than last year’s LWS system. The savings mainly come from the top of the range Intel CPU no longer costing upwards of $1000.

For the home theater system, we’ll need a Mini ITX form factor machine that’s capable of playing and burning Blu-ray, and that’s pretty much it. With such basic demands, we could have really just stuck with the specs of last year’s system, but let’s see what we can do with a Sandy Bridge CPU.

* Motherboard: I would like to stick with the Z68 chipset, but since it’s pretty new, the Mini ITX motherboard we need is actually not yet available. The alternative would be to go for a H67 Mini ITX motherboard, and these are more plentiful. Get one with built-in Wi-Fi for extra convenience.

So basically, you’re looking at an HTPC that’s similar in pricing to last year’s, but with the latest Intel CPU. The built-in Intel HD 2000 may not be much, but it’s good enough for Blu-ray and even 3D Blu-ray, and a bit of occasional gaming (at low res/quality).

This entry was posted on Saturday, June 4th, 2011 at 10:17 pm and is filed under Computer Buying Tips, Computing. You can follow any responses to this entry through the RSS 2.0 feed. Both comments and pings are currently closed.