Despite my lack of material for the intro, there’s actually quite a bit of news this week, so let’s get started.

We’ll start with what was a very busy week for copyright related news. It seems genuine war has broken out, in cyberspace at least, with 4chan/Anonymous’ cyber attacks continuing against targets of opportunity in Operation Payback. 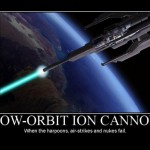 Since the initial attacks on AiPlex (the company that was the straw that finally broke the camel’s back, when they admitted to attacking BitTorrent websites with DDoS attacks) and the MPAA, has since expanded to the RIAA and UK law firm ACS:Law (infamous for being one of the first law firms to take advantage of  “suing for pre-trial settlement”). It’s unknown how long Operation Payback will last, and how many other targets are part of the attack (you would think the server admins of the US Copyright Group’s website should be very much on edge at the moment). Now there is the legal issue to consider, in that these DDoS attacks may be breaking laws all over the place. But then as one commentator pointed out, many kinds of protests break laws, but when people are pushed so far, then there will always be some kind of reactions. And besides, AiPlex started it first, many will feel. The fact is that corporations, governments and law firms have colluded with each other to take away our rights and to target all of us and label us all criminals, and so the reactions was always coming. And it appears that the attack isn’t only coming from 4chan’s Low Orbit Ion Cannon (LOIC), but that others with access to their own botnets are joining in the attack, and actually contributing more to the attacks than the easily blockable LOIC attacks.

But one unexpected result from Operation Payback came from when ACS:Law relocated their website to a new server to get out from under the attack. The website admins that made the move may have inadvertently left the backup files, used to make the move, on a publicly accessible part of the server, and it wasn’t long before it was downloaded, and distributed, ironically, on the BitTorrent network (first uploaded to The Pirate Bay). Amongst the passwords, source code, were ACS:Law’s email archives, a goldmine of behind of the scenes information on a law firm’s relentless quest to sue downloaders and recoup large amounts of money (and also some personal emails). It has been an absolute disaster for ACS:Law. I haven’t personally gone through all the emails, but this is about the worst thing that could happen for ACS:Law, as all of their dirty little secrets are revealed to the world. From the bragging about just how much money has been made (“May go for a Lambo or Ferrari”, as posted by owner Andrew Crossley when boasting about improved finances), to emails that try to convince copyright holders to sign up by promising big piles of cash at the end of the pre-trial settlement rainbow, to how it is decided when to drop a claim (against 70 year old pensioners) or whether to proceed to the next step (based on “action points”, that chart the progress of a claim). Many websites are still going through the mountain of information and I’m sure more will be uncovered. Website TorrentFreak’s conclusion is that all of the emails seems to be talking about money, none actually about stopping or reducing piracy, and that’s exactly why people take offence at the actions of law firms like ACS:Law and USCG, because for them, this is all about the money. Being a law firm though, I wonder what actions ACS:Law will take to get these very sensitive emails taken down, but so many people have downloaded it now, it will be impossible to stop the spread of information.

But with porn lawsuits proving to be a good earner, Righthaven’s pursuit of penniless bloggers seems all a bit pointless. And it’s proving more difficult than going after music and movie downloaders too, because the bloggers that copy newspaper articles are not doing so for profit or personal gain, and it seems the courts are a little bit more reluctant to provide summary judgements. There’s also the issue, as argued by blogger Jan Klerks, that newspapers encourage its online readers to share and link to the original article, and so there may be an implied license being granted to bloggers who seek to repost the article, but complete with a link back to the original article. Judge Navarro, presiding over the case, seems to agree that at the very least, these are valid arguments that should be examined in a full trial, and Righthaven’s task of extracting pre-trial settlement fees has just gotten a bit harder because of the Judge’s decision.

We’ll come back to the US in a minute, but let’s first cross the Atlantic and to France, Europe, where citizens will soon start to receive the very first strike of their three-strikes. The government agency responsible for handling three-strikes, Hadopi, will soon start sending out the first warning letters, if it hasn’t done so already. We know this because it has already requested subscriber information from several ISPs, and many have already replied. And once the letters go out, and this whole three-strikes business becomes more real to a lot of people, perhaps there will be some kind of change in people’s attitudes towards movie piracy. Or at least that’s what the government hopes will happen. I’m sure it has originally wanted just the threat of three-strikes to be enough to strike enough fear into people to drop the piracy rate, but the rate actually went up after the introduction of the law, as people moved off BitTorrent and onto other sources of pirated content that Hadopi may have difficulty tracking. And I suspect this latest development will just push more people into services that Hadopi can’t get to, and that’s a bad development for those serious about protecting copyright online.

Governments may use the ACTA to shut down websites like Wikileaks

But back to the Americas, this time to Mexico, where a group fighting the controversial ACTA treaty has had a meeting with the Mexican government to talk about the treaty negotiations, a meeting which was attended by the MPAA as well. What was strange though was one question the MPAA put forward, in which they asked whether the ACTA would allow “damaging” websites like Wikileaks to be shut down. It was a strange question, but one can only imagine the MPAA asked it because it has plans to shut down quite a few “damaging” websites, including no doubt The Pirate Bay. If the ACTA actually allows government to silence critical voices like Wikileaks, then I really fear for the future of democracy and free speech, and perhaps again highlights how biased copyright laws have become, that government can use it as an excuse to silence dissent.

But even without the ACTA, the government are doing plenty to help out the MPAA. The new proposed “Combating Online Infringement and Counterfeits Act”, introduced in a bi-partisan manner in the US senate, gives law enforcement even more power to combat online piracy. The specifics of the act isn’t important, but it’s just the idea that combating online copyright has now become the responsibility of the Justice Department (aren’t they already quite busy with, like, real crimes and stuff?), as opposed to being the responsibility of copyright holders, turning what is normally a civil matter into a criminal one. It’s basically using tax payer funds to protect the business interests of billion dollar corporations, while disguising the effort as “protecting American jobs”. Every industry provides jobs, even the online piracy industry, so why should music labels and Hollywood get special protection? And before you blame any political party, both of them are quite vocal in their support of these corporations, so we, as the people, as pretty much voiceless. Which is why the Low Orbit Ion Cannon has to do what it has to do …

And more victory for YouTube as it won a case in Spain which mirrors the Viacom judgement handed to them earlier in the year. So copyright holders will have to work a bit harder and actually go after the people who uploaded unauthorised clips, as opposed to the nice, big target of YouTube/Google. Nobody say anti-piracy was easy.

Let’s move onto 3D/HD news. The big news for the week was that the PS3 3D Blu-ray firmware has been released, and suddenly, many many more people now have a Blu-ray player capable of playing 3D movies, if and when they are ever released en mass.

So how does the PS3 perform as a 3D Blu-ray player? It does pretty well, but there are some limitations. The biggest one is that you won’t be able to play a 3D Blu-ray movie and also output Dolby TrueHD and DTS HD-MA audio in bitstream mode. The reason is that because the PS3’s HDMI port is not version 1.4, it has to do some software trickery to enabled the output of frame packed 3D content, and this trickery basically means bitstreaming is out. Of course, those with PS3 Fats, like me, don’t have bitstreaming anyway, so nothing lost there. But apparently, the silver lining in this means 3D can work through HDMI 1.3 equipment, such as HDMI splitters and receivers, but I can’t confirm or deny whether this is the case or not.

The other limitation is that when you press the “triangle” button to bring up the PS3 playback options, 3D is disabled/flattened. Standalone 3D Blu-ray players don’t suffer from this, and their overlay menus are sometimes in 3D as well. It’s kind of annoying, but just how many times do people bring up the playback options during playback is debatable.

Otherwise, 3D Blu-ray output is as good as any standalone 3D Blu-ray player, and response times as as quick as ever on the PS3, and I never believed those stories which said the PS3’s powerful cell processor couldn’t handle 3D Blu-ray (and yet the low powered standalones could?). 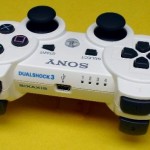 But 3.50 is apparently more than just about 3D Blu-ray, but not in a good way. The firmware update disables the majority of third party, unauthorized controllers and USB devices, and apparently introduces a few issues with playing back non 3D Blu-ray titles such as Sunshine.

Not much happening in gaming this week, so I’ll skip it. Although I will mention Sony’s attack on Microsoft for having only one genre of exclusive games, most likely a dig at yet another hit on the Xbox 360, Halo Reach, being yet another shooter. But I think Microsoft will probably be the first to agree with Sony’s assessment, since they’re trying to expand their range of experiences with games like Alan Wake, and of course, the whole Kinect platform. Meanwhile, Sony is spending a lot of efforts promoting the Move as a great way to play, you guessed it, shooters.

In any case, Halo Reach will ensure Microsoft wins September again as the most popular console (in the US at least), taking a lot of thunder away from the launch of Move. And this is before Kinect is even close to release, in early November. Although some of the claims being made by Microsoft (and its employees), such as comparing Kinect to the iPad or pulling a random large number out of the air when talking about potential sales, are a bit over the top, if not downright strange.

Anyhoo, that’s the week. Have a good one, and watch out of the LOIC.

This entry was posted on Sunday, September 26th, 2010 at 10:24 pm and is filed under 3D, Copyright, Electronics, High Definition (Blu-ray/HD DVD/4K), News Roundup, PS3, PS4, Xbox 360, Xbox One. You can follow any responses to this entry through the RSS 2.0 feed. Both comments and pings are currently closed.