So how did the last week treat you? All good, I hope. Things are as they are in the Digital Digest HQ, which means that, for this week at least, we do have some news stories to cover. So without wasting much time …

Piracy site blocking is now more common than ever, and while Australia has adopted our own version of this, there has always remained a sense of skepticism about its effectiveness. Which is why Australia’s Department of Communications and the Arts has been tasked with carrying out a yearly survey that not only looks the state of the war against piracy, but also at how effective, or ineffective, piracy blocking has been. The result? A mixed bag, really. 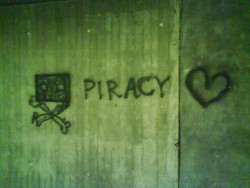 While the piracy rate appears to have taken a big fall in the last year since piracy site blocking began on a mass scale, but that seems to be a odds with the calculated piracy download stats, which have risen dramatically in the same time period. In other words, there are fewer pirates, but the pirates are downloading way more than before, if the survey is to be believed.

While the report offers no explanation for this, one that comes to mind could actually see site blocking being to blame. We know that many are now using VPNs to bypass the site blocking, and pirates paying for a VPN and wanting to get what they paid for may be downloading more to make up for their “losses” – the fact that VPNs also offer some privacy protection to alleviate any monitoring concerns by pirates, could also help to explain the free-for-all downloading attitude. So site blocking equals more piracy downloads, possibly.

And the report also painted a big problem in the creative industry’s view on pirates – pirates are the biggest spenders as well. The report found that the people who say they use a mix of pirated content and paid for content, hybrid users, are actually far bigger spenders on average than those that only do things legally. Unfortunately, site blocking has reduced the number of hybrid users and increased the number of legal-only users, which is another way of saying that site blocking may have turned some big spenders into smaller spenders.

Now, that’s probably not what’s happening, but what does seem to be the case is that people are spending as much as they’re comfortable spending, and if they’re asked to spend more to consume more (due to the piracy route being blocked off), they would simply choose to consume less. Those that do pirate, based on the survey, are also big content consumers that will get their content legally and illegally depending on how much of their budget is left. Blocking access to pirated content won’t magically increase their spending budget and allow them to purchase, instead of pirate, the content they seek. Of course, there are those that do have the spare cash to spend and blocking piracy sites may force them to spend it, but I would think people like that are in the minority – most people would still want to do the right thing if given a chance, but will often do the wrong thing if they don’t see any other, affordable, legal option.

And the people who say they only use piracy to get their content fix – these people have no ability of no inclination to spend money on legal content, and so there really is no point stopping these people as they simply can’t or won’t spend money, at least from a revenue raising perspective.

But if you’ve been reading this blog on a regular basis, then you already know this.

What you may not know is that the new fad that is game streaming may just be another layer of DRM for publishers to control how we play “their” games, at least according to GOG.

GOG, the game platform/store that specialises in classic and DRM-free games, truly believes that game streaming is just another way to rob gamers of the “ownership” of their legally purchased games. This instead turns gaming into a subscription model, where the publishers have full control of how, where to play their games, and how much you have to pay for the privilege.

They have a point. And while it’s a fun thing to be able to play the latest AAA games on platforms that were never designed for them, like a Chromebook, it’s hard to imagine that hardcore gamers that are willing to spend thousands on a gaming PC will be willing to put up with the deficiencies of game streaming, such as latency issues.

But what if publishers started monetizing classic games via the streaming format, which would then allow gamers to play old games on system that were never designed to play them, and doing so without any technical hassles or the need to re-engineer games. Would that represent a threat to GOG? GOG’s answer is both surprising, and also not, as they say publishers have never had an interest in monetizing old games, which has allowed GOG to create a niche space for themselves and to bring these publishers extra revenue without the publishers needing to do anything. It’s surprising that publishers would allow GOG to make the bulk of the profit, but also not surprising that publishers today only care about the AAA titles and have no respect for all the classics in their inventory. You can extend this to classic movies and TV shows, since there are so many that would love a home on Netflix, but aren’t there because rights-holders can’t be bothered (or are demanding too much in licensing fees to make the whole thing viable).

As for GOG’s crusade to get publishers to join the DRM-free movement, the big ones aren’t interested at all, according to them. This is despite GOG’s own AAA title, The Witcher 3, being released DRM-free and “the world didn’t end”, in their own word. It’s still selling well, despite it being DRM-free from day one. Sometimes it’s not about logic or facts, but all about fears and prejudices.

A lot of things are like this, these days.

And on that downer of the note, this is the end of another roundup. Have a good one and see you next week!

This entry was posted on Sunday, August 19th, 2018 at 8:44 pm and is filed under Copyright, Gaming, News Roundup. You can follow any responses to this entry through the RSS 2.0 feed. Both comments and pings are currently closed.