And we’re back. Sorry for the brief hiatus, various reasons were responsible for it and it’s pointless to go through it now, but suffice to say, normal service resumes this week.

Not really a huge news week to begin with though, but a couple of pieces of interesting niff-naff is what brings me, and you I guess, here. So let’s get started.

I have an odd habit of needing to having something on the in background while I work. Recently, it’s been Harry Potter movies for no other reason than the fact that there are lots of them. After going through the first four movies which are on Netflix, I ran into a stumbling block, in that none of the streaming services that I subscribe to seems to have the rest. The solution, other than piracy, was to dig out my old disc copy of ‘The Order of the Phoenix’, but for some reason, I couldn’t find my Blu-ray copy, but I did find the HDDVD copy, which was a combo version that also had the DVD edition on the other side. Not wanting to dig out my external HDDVD drive from its semi-permanent retirement home (in the closet), the DVD version had to do, and it is playing in Media Player Classic right now as I type.

So the moral of the story? Discs are a pain in the neck, to store and then to locate, and if you’re one of the unlucky few to have invested in an obsolete format, then things can get very tricky, very fast. And this, along with the fact that you save a lot of money every year by not buying discs and simply relying on subscription streaming, is why subscription streaming is so popular these days.

How popular? Well, in the U.S., 17% of consumers now rely solely on SVOD services for their movie and TV needs, abandoning the rental and purchase of DVD, Blu-ray and digital copies. Out of all the people who stream, 24% now subscribe to three or more services, which backs up my experience of not being able to find everything I want on just one service (and sometimes not even on all three, case in point, my Harry Potter experience above).

Licensing restrictions and original productions means that it’s more and more necessary to hold more than one SVOD subscription. This is why hardware like Roku and Apple TV, and products like Amazon Channels will become more and more necessary, and why even smaller platforms like CBS All Access have found increasing popularity. 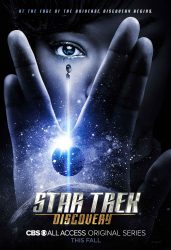 How popular? Well, CBS All Access and CBS owned Showtime OTT will have more than 8 million subscribers by 2019, and that’s quite impressive for a platform that only offers limited (ie. CBS, and some Paramount, MGM) content. A large part of CBS All Access’s success has been the release of the show ‘Star Trek: Discovery’, which exclusively streams on the platform and has helped it earn countless number of new subscribers. Content has never been more important, and exclusive, original content is a must for any streaming platform if it’s to survive in an increasingly crowded field. This is good for consumers in that there are lot of money being invested in quality content (such as Amazon’s billion dollar gamble on a Lord of the Rings TV series), but also bad because it means that if they want to watch everything, they have to subscribe to everything. These services may only cost $5-7 per month, but this adds up quickly. On the other hand, it may still end up cheaper than cable, plus you’ll have way more content on demand.

CBS All Access’s success also bodes well for Disney/Fox’s streaming offering, which promises to have even more content, at about the same price point.

And if things worked once, why not try it again? CBS All Access’s Star Trek inspired success has inspired them to try it again with a new Star Trek series by bringing back none other than Patrick Stewart’s Jean-Luc Picard. The new series, I’m guessing set in the original timeline (and not the Chris Pine Star Trek series timeline), will chronicle the adventures of Picard 20 years after the events of the last Next-Gen movie ‘Nemesis’, with room for plenty of guest stars from the Next Generation era. I can’t wait, although I suspect I’ll have to subscribe to the Australian version of CBS All Access if/when it launches here, as opposed to relying on Netflix Australia, which had the rights to ‘Star Trek: Discovery’.

Money well spent perhaps, and money I once would have spent on DVDs and Blu-rays without a second thought, but still, it’s asking consumers to spend more money when they’ve just started to get used to spending less.

Well, that’s it for this week’s new. I must say I’m way more excited than I should be about the return of Jean-Luc Picard to Star Trek, something I thought would never happen. We do truly live in the golden age of television! See you next week.

This entry was posted on Sunday, August 5th, 2018 at 6:19 pm and is filed under DVD, High Definition (Blu-ray/HD DVD/4K), Movies, News Roundup, Video Technology. You can follow any responses to this entry through the RSS 2.0 feed. Both comments and pings are currently closed.