Welcome to another edition of the WNR. I’m going to wrap this one up in quick order because I just realised that I haven’t really played much with the Galaxy VR that I got with my Samsung S8+. I had a short play with it when I first got it, and found it to be quite immersive (scary at times), but have been far too busy to give it a go again. I know this isn’t really a good excuse not to do my work, but it is Sunday after all, so I hope you’ll forgive me.

So let’s get started. 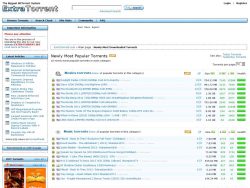 Another one bites the dust – ExtraTorrent is no more

This bit of useful information didn’t stop other people from launching clones of the site, claiming that they had access to backups – all of these clones are either fakes or just skins over an existing site like The Pirate Bay.

The other existing sites were also caught by surprise, with a sudden surge of traffic after users started searching for alternatives. And there are lots of alternatives still left too, which just goes to show that trying to shut down torrent sites, or even if the torrent sites shut themselves down, won’t make an iota of difference when it comes to piracy.

Also not making a difference is DRM. The only DRM that managed to make a difference in recent times was Denuvo, even though it doesn’t call itself a DRM (an anti-tampering system that prevents existing DRM from being stripped). But Denuvo has come under increasing pressure from game cracking groups, who seems to have found the system’s Achilles heel.

Denuvo has updated their protection, now onto version 4, but it seems crackers are finding it easier and easier to crack Denuvo protected games. And it seems Denuvo may be getting desperate too. The most recent example involves the game RiME, a new innovative game from developers Tequila Works. It was probably not the best idea in hindsight, but the people behind the game openly suggested the game would be stripped of Denuvo if/when it becomes cracked. This was just the motivation the crackers needed, and they went to work quickly, with game cracker Baldman the first to crack the game only a couple of days after the developer’s announcement.

What was more interesting was that during his cracking attempt, Baldman found that Denuvo has really upped the ante when it comes to protecting the game, to the point where it’s becoming kind of absurd. The way Denuvo works seems to be the placement of triggers within the game code. The Denuvo engine then checks for the presence of these triggers to detect if the game has been tampered with or not. Normally, Denuvo might do a trigger call every couple of minutes, but for RiME, Baldman found that Denuvo was issuing 20 to 30 calls every second. Talk about a performance hit!

To make it worse, the calls are obfuscated under a virtual machine in order to cover its tracks, which means there’s an even bigger performance hit. DRM (or an anti-tampering engine) is never worth it, but when it starts to affect performance like this (not just a slower game performance, there is also the extra stress being placed on your hardware), it’s simply unacceptable.

And true to their word, after they’ve confirmed that Baldman had indeed cracked the game wide open, the publishers of RiME promptly remove Denuvo protection from the game. I can imagine many game publishers are also now wondering in private if Denuvo is worth it or not. If it doesn’t protect games and make the experience worse for gamers, it becomes an easy choice for many, I think.

That’s it for this week’s nice and short WNR. See you next week!

This entry was posted on Sunday, June 4th, 2017 at 4:08 pm and is filed under Computing, Copyright, Gaming, News Roundup. You can follow any responses to this entry through the RSS 2.0 feed. Both comments and pings are currently closed.