A somewhat shorter WNR this week, for no other reason than the fact that it’s been a quiet week, on the copyright/digital video/gaming front, with the world and the U.S. in particularly preoccupied with other matters.

Whatever your political affiliations, we can all agree that compassion, tolerance and kindness are core values that we all share, and it’s always worth noting all the things we share in common, as opposed to always focusing on our differences.

On a more specific political note, it’s clear that the real loser of this election has been establishment politics. Many people feel that they have been left behind by a much changed economy, and that to vote for more of the same is not in their best interests. Many have voted for real change when the last 8 years promised much but delivered little, but not all change is good change. And some change, are more likely to set things back, than to advance them forward. Time will tell what kind of change, if any, Americans be getting this time.

4shared being targeted on Google, but righs-holders shunning the site’s own anti-piracy tools

Megaupload’s dramatic takedown has ensured many of its previous competitors have either gotten out of the game, or were themselves targets of lawsuits. One major site still exists though – 4shared. Those with good memories will remember a story I’ve written in the past about 4shared and their effort to create a superior anti-piracy tool for rights-holders – a tool that has largely been ignored by the very same people who complain to the U.S. government about 4shared’s activities. These same rights-holders are also going crazy on Google to try and remove Google’s search result links to 4shared, more than 50 million URL requests sent already, when they can achieve this and much more by using 4shared’s tools. It’s as if the rights-holders aren’t really that interested in getting pirated stuff off of 4shared, or at the very least, they show little interest in working with 4shared to solve a common problem.

My little pet theory is that rights-holders don’t want to be seen as cooperating with 4shared because some of them still harbour a wish to sue the site in the future. By using 4shared’s tool, and especially if it’s effective, it makes for a powerful argument that 4shared is already doing all they can to minimize the piracy problem. It also shifts the responsibility of patrolling the site for copyright infringement firmly back towards rights-holders, something rights-holders will always try to avoid. 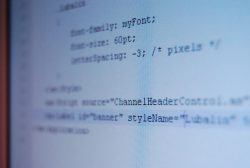 One things rights-holder groups should definitely try to avoid is to engage in their own copyright abuse, which may be what anti software piracy group the Business Software Alliance (BSA) did inadvertently. The BSA’s website used a free JavaScript library, but failed to include the software’s license with the modified code, which is the one requirement that’s required by the authors of the library. The library, jQuery, is used quite commonly on the Internet (including right here on Digital Digest), and including the license terms is quite normal for software of this kind. But some web developers prefer to strip away all “unnecessary” code to improve efficiency, and while this may be okay for other sites (even if it is against the licensing terms), for copyright stickler like the BSA, it’s a no-no for sure.

Believe it or not, we’ve come to the end of this WNR. I was going to talk a bit more about the Nintendo Switch, like the fact that we now know the screen is indeed a touchscreen, and maybe a little bit about the Nintendo Classic (mini NES with 30 games, but way too short of a controller cable). But I can’t get my hands on either of these at the moment (the Switch for obvious reasons, the Classic because it’s sold out everywhere), so any talk is kind of pointless if you think about it.

So on that note, time to say goodbye for now. See you next week!

This entry was posted on Sunday, November 13th, 2016 at 4:05 pm and is filed under Copyright, Gaming, News Roundup. You can follow any responses to this entry through the RSS 2.0 feed. Both comments and pings are currently closed.