How many pieces of obsolete tech sits in your home right now? I’ll list some of mine: portable MP3 player, digital camera, pocket video camera (all replaced by my phone), standalone scanner, VCR, Wii … all of which are working just fine, but sit idle, gathering dust. Hmm, that does sound a bit sad, like something out of Toy Story – so maybe I’ll dust off that Wii and have a go at Wii Sports tennis again!

Here’s the news for the week … 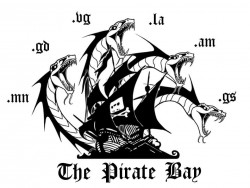 The Pirate Bay’s “Hydra” strategy – cut off one domain, another one springs up

The Pirate Bay is getting ready for an epic battle over its domain name, as a Swedish court has ordered the site’s .SE domain name to be seized. To battle the imminent seizure, TPB has opted for quantity over quality, and has started rotating between 6 new domains (.LA, .VG, .AM, .MN, .GS and .GD), a strategy dubbed “Hydra”, after the mythical creature, not the antagonist as seen in the Marvel Cinematic Universe.

But the new strategy has gotten off to a shaky start, but one that was probably expected. Less than a week into the new experiment, one of the domains, .GS (that’s South Georgia and the South Sandwich Islands – yep, I had to look it up on Wikipedia myself too) has already been suspended. It’s no time to panic yet because, according to The Pirate Bay, this is what this experiment is all about. By testing just which registrars are responsive, and non responsive to pressure from rights-holders, TPB is using the trial-and-error approach to find a relatively more permanent home.

And with plenty of top-level domain names left to use, expect the domain switching to go on for quite a while!

While the .GS domain was suspended in what seems to be record quick time, the truth is that not all registrars are responding as quickly as hoped for by rights-holder groups like the MPAA and RIAA. These groups, under the umbrella of the Coalition for Online Accountability (COA), wants more pressure to be put on registrars, and deputize yet another group of people into the policing of online copyright infringement.

Another group, those that offer domain privacy services, are also being made responsible for “hiding” the contact details of website owners, the latest attempt by rights-holders to jeopardize an entire industry just to make things a little bit easier for themselves.

In other words, there are now even more people to blame and to be held responsible for online piracy – everyone except the people that consistently put out sub-par products at inflated prices, delivered via antiquated platforms that fail to satisfy consumer needs! 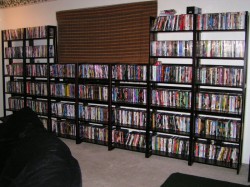 DVDs are on the way out, and Blu-ray may not be too far behind

Speaking of antiquated platforms, VCRs. Did you know that there are more homes in Australia with VCRs than there are with Blu-ray players? While this does kind of make Australia seem like some kind of backwards place, but I can assure you that Blu-ray players are just as common (and cheap) as they are anywhere else. But while I have lost count the number of Blu-ray capable devices at home, I’m sure that I have at least one working VCR “somewhere”. It might be in the garage, or in a closet, or somewhere else gathering dust, but it’s there. Along with my Wii, an old CRT TV, a digital camera or two, a camcorder and all the other obsolete devices that most people will still have, somewhere, in their home.

I’m sure if the makers, sellers and supporters of these devices want to find something or someone to blame, I’m sure they can find something to someone, and piracy is probably one of the candidates. But all of this is just part of how things work, the natural decline of one technology, only to be replaced by something better, but perhaps one that’s not always more profitable. So why should it be any different for the movie, music and gaming industries – Netflix and Spotify may be less profitable, but they are superior platforms to what existed before, even though they may not lead to more profit (at least in the short term). And piracy is in there somewhere – whether you like it or not, it is a competing force, one that needs to be addressed with market solutions, not legal ones.

With discs, even Blu-ray, appearing to be on the way out, Sony has found a new use for these – Facebook. I’ve actually talked about this before here I think, about how Facebook invented a way to use arrays of Blu-ray discs to manage their huge backups. Well, I guess it makes sense that the company that developed this technology has just been absorbed by Sony, the founding father of the format. It will give the format a new lease of life, just like how Betamax (coincidentally another Sony format) was turned into Betacam, a professional-use format that went on to become a great success.

Replacing discs will be digital, streaming or downloads. On the streaming front, it’s hard to go past the dominance of Netflix, whose share of the peak web traffic has gone up yet again. Netflix now accounts for almost 37% of North American peak web traffic (from fixed networks), up from 34.89% just six months ago.

Netflix is gonna totally bork our broken, patched up of a copper network in Australia, isn’t it? Sigh …

That’s it for the week, hope you enjoyed this edition. See you next week.

This entry was posted on Sunday, May 31st, 2015 at 4:05 pm and is filed under Copyright, DVD, Electronics, High Definition (Blu-ray/HD DVD/4K), News Roundup, Video Technology. You can follow any responses to this entry through the RSS 2.0 feed. Both comments and pings are currently closed.