The next two days consisted of me trying to keep “stuff” coming out of two distinctly different orifices on my body, and only successfully preventing one of these scenarios. No Game of Thrones dreams the next night, but for the life of me, I could not remember how to actually fall sleep (and was a bit hazy on the reason for sleeping as well). I knew  it involved filling in a form and the procurement of specific coupons, but nothing I tried worked.

I’m all better now, including the ability to not only sleep and sleep excessively. Which is why I probably should get started on this WNR.

Leveraging the company’s existing TrustZone technology, which has been used in the past to protect sensitive transactions, ARM’s new Mali-V500 video processor will feature DRM code that shifts all video processing away from potentially vulnerable software and hardware onto the protected processor itself. This means even the operating system will be excluded from handling video decoding code, allowing the played video to be protected even on rooted systems. The least powerful of the range of V500 processors will still be powerful enough to handle the decoding of 1080p video at 60 FPS. 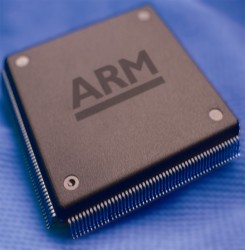 That’s in theory anyway. TrustZone has proven to be less than secure in the recent past.

For me, as long as the DRM, in software or hardware form, does not interfere with what users want to do with the content, and works in a transparent manner, then I don’t really mind it too much. But if TrustZone prevents “untrusted” video players from handling protected video files, or it breaks interoperability, then this is exactly the kind of consumer unfriendly DRM that will end up hurting sales and promoting piracy in the long run. And another factor that I haven’t considered before is the extra processing power needed to decrypt content, which mean extra power requirements. And that goes for all DRM schemes, most of which adds extra processing to protect content that will ultimately get ripped anyway. I wonder how much electricity is wasted every year by DRM that doesn’t even work. Even if you don’t believe in climate change, that extra electricity usage will definitely be costing you financially, not to mention adding more fuel to the impending “global resource war” fire, the main source of global conflict these days.

See, I told you DRM was destroying the world.

For those in the U.S. trying to escape the six-strikes regime by moving to a non participating ISP, Warner Bros. is not letting you get away that easy. Reports have emerged that users on these ISPs have started receiving warning notices warning of up to $150,000 in damages (per infringed title) if they do not get a “legal release” for the low low price of $20 (with free shipping for a limited time).

Apparently, Warner is working with a firm called Digital Rights Corp (DRC), which I have talked about on here before (I think) to locate and contact infringers. Unlike other similar schemes, DRC does not actually try to find out the contact details of the suspected pirate, but rather, sends a DMCA notice (along with the legal release offer) to the ISP for them to process. The ISP then matches an IP address to the subscriber’s information, and forwards the entire notice to the subscribers.

Two short news items in HD this week. Cyberlink has announced that they’re developing a H.265 codec (or more commonly known as HEVC). I’ve discussed HEVC before, and it’s actually quite an exciting upgrade to H.264, promising the same visual quality for half the bandwidth.

I would guess the main potential application for HEVC would be 4K streaming or broadcast. With 4K viewing requiring new hardware, it’s the perfect time to introduce a new codec as well.

Cyberlink estimates their codec will be available to consumers sometime in 2014.

Need a Blu-ray disc that lasts 1,000 years? Enter the M-DISC. The 25GB disc works in any Blu-ray reader, but is able to withstand much more than your typical disc. Even if you don’t need it to last the whole 1,000 years, the extra tough disc means it’s more impervious to harsh environmental conditions that will typically kill normal discs, such as extreme heat, light and humidity. The M-DISC will be available in August from RITEK and Imation resellers.

And finally, don’t forget to read my (slightly late) Blu-ray: The State of Play report, which looks back at the last 12 month of Blu-ray sales data. Spoiler alert: Blu-ray has done pretty well!

I guess they couldn’t wait until E3. Neither could anybody else, for that matter. Microsoft has finally revealed details about the changes to game licensing, authentication and even Kinect piracy, for their Xbox One console in a detailed blog post.

I don’t use bullet points a lot in the WNR, but I think for the sake of readability, I shall give it a go. For game licensing, here are the changes: 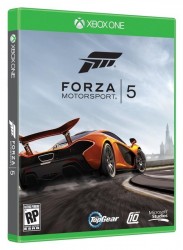 Trading and reselling used Xbox One games is up to the publisher, but rentals won’t be possible any more

So basically, it’s up the publisher what you can and cannot do with your used games, with Microsoft providing the tools to do so. For their part, Microsoft has stated they will not receive any financial compensation for these kind of activities. You will also be unable to rent Xbox One games in the future.

And finally, for Kinect privacy (some of the concerns were a bit tinfoil-hatty, if you ask me):

So more information, which is good, but perhaps knowing more doesn’t help the fact that there are some fundamental and painful changes. It’s interesting to see Microsoft already shifting the used game restriction responsibility/blame off to publishers, but they’re the enablers in all of this, so they’re not blameless. It does give publisher what they’ve always wanted, a hand in the used game trade, how they will reward Microsoft for giving them this will determine whether this is a huge mistake for Microsoft, or a huge incentive for publishers to prioritize the Xbox One. Of course, if nobody ends up buying a Xbox One, then it won’t really matter how accommodating the platform is to publishers.

As for online authentication, it’s something that has had to happen with the move to digital. But 24 hours doesn’t seem long enough to me, and the 1 hour offline limit on non-primary consoles is pretty bad. I always have my game consoles connected to the Internet, as they’re pretty useless these days if you aren’t connected, so it doesn’t really affect me personally all that much. And I’d much rather a once a day online authentication, than having to find the disc, insert it and wait for it load every time I want to play. Change the 24 hours to 72, and increase the 1 hour limit on non-primary consoles to 24, and it seems much fairer to me.

Microsoft does state that they will listen to further consumer feedback and adjust these policies, but they would say that, wouldn’t they?

Judging by the reaction, gamers are still not happy (or even madder, if that was possible). It is now up to Microsoft to convince gamers that the Xbox One, despite all these restrictions, will offer a better experience. And they can start trying at E3 next week.

That’s it! All done. See you next week.

This entry was posted on Sunday, June 9th, 2013 at 6:02 pm and is filed under Copyright, High Definition (Blu-ray/HD DVD/4K), News Roundup, Video Technology, Xbox 360, Xbox One. You can follow any responses to this entry through the RSS 2.0 feed. Both comments and pings are currently closed.