The fact that you’re still reading this means that the world did not end. I for one feel disappointed. All that hype for nothing. Or maybe I was just disappointed that I actually had to write this WNR, although I guess between doing this and post-apocalyptic scrounging for canned goods all the while on the lookout for cannibals, this wins out. Slightly.

Maybe because people were too busy stockpiling supplies of toilet paper, long life milk and batteries, news was a bit light this week. So we should get through this pretty quickly, so you can get back to last minute frantic holiday shopping, or back to ignoring your relatives.

The Office of the United States Trade Representative (USTR) has finally released their annual “notorious markets” list, listing all the best places where you can get your piracy fix, or something like that. Actually, it’s a list of copyright do-no-gooders, which is supposed to shame them into doing something or another. Or rather, it shames the governments of the countries that these websites or physical markets are located in.

No surprises really, with The Pirate Bay and isoHunt leading the BitTorrent indexer category. Also unsurprisingly, Megaupload and Demonoid does not grace this year’s list – other cyberlocker websites, including Rapidgator, Putlocker and the Ukraine based Ex.ua, are still listed.

I like how the document goes into great detail about the successes during year, most notably the Megaupload thing, but there’s hardly a mention of any positive effects in terms of trade and revenue, which is the whole point behind anti-piracy and counterfeiting, isn’t it? It’s been nearly a year since Megaupload was shuttered and the whole file hosting industry was shaken to its core, yet has anything really changed?

Spotify and Netflix seems to have far more effective at reducing piracy and increasing revenue than the closures of LimeWire and Megaupload respectively.

It took a while, and after a lot of threatening letters and whatnot, Warner Bros. and Intel (well, Intel’s daughter company Digital Content Protection) have finally launched a full scale lawsuit against a company that makes a HDCP circumvention device.

Some backgrounder on HDCP – it is the copy protection used in HDMI cables. Without a successful “handshake” between two HDCP compliant devices, video and audio functions via the cable will cease to function. If you’ve ever had a problem with a HDMI input not showing anything, and a problem that was fixed by restarting one or both of the devices involved, then HDCP was the culprit. 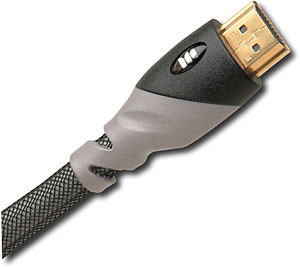 Early DVI inputs did not support HDCP, and so many legacy devices (such as monitors, TVs, projectors) could not be made to work with newer devices that mandated the use of HDCP. HDCP is also responsible for preventing HDMI to component/VGA conversion. That is unless you manage to circumvent HDCP, which isn’t as hard as it sounds since it was successfully cracked back in 2010. And so a range of devices went on the market that finally allowed those still with HDCP-less DVI or component only devices to work with newer HDMI only ones, or to record things like PS3 gaming footgage for review or walkthroughs. I specifically won’t mentioned using HDCP-less HDMI to copy Blu-ray or DVD  movies, because nobody in their right mind would do this when there are far simpler solutions around.

Anyway, Warner and Intel have threatened to sue on many occasions, but if I’m not mistaken, this is the first time they’ve decided to actually take the next step. The company being sued is Freedom USA, an Ohio based company that manufacturers several such devices under the brands SIIG, SABRENT and CE Labs.

Of course, the fair use argument is strong in this case, in that an argument can be made that the primary use of these devices isn’t for copyright infringement (again, there are far easier ways to copy Blu-ray or DVD without having to record via a hacked HDMI stream), but to allow the use of legacy devices. How Warner Bros. and Intel can prove that Freedom USA’s devices were used to infringe the copyrights owned by Warner Bros., I just don’t know. Just because a device could be used in that way, doesn’t mean it is commonly used that way, or is the reason why people buy it. I suppose the argument could be made that cable shows are being recorded this way, but even with HDCP uncracked, analog copies can still be made easily by anyone with a semi-decent PC capture card.

Remember when Walmart debuted their “disc to digital” program, and you had to bring your DVDs or Blu-ray to the store so you get the “privilege” to pay $2 to $5 for the SD or HD version of the film on VUDU? The service even stamps on some kind of ink on your disc as to ensure you don’t try to cheat them and try to use the same disc to buy multiple version of the digital copies.

Others simply ripped their DVD and Blu-ray with free software, with no need for fees or invisible ink, or even a car trip to the store.

Seeing the gap between these two consumer friendly/unfriendly extremes, Best Buy has started beta testing a way for consumers to do the disc to digital conversion at home. Users can pay a similar amount to get a UltraViolet version of their existing DVD film, or pay a little bit more to “upgrade” to the HD version, with 3,500 titles currently supported. Blu-ray discs are currently not supported though.

So no car trip, and no need for invisible ink (are they really worried people are gonna pass around the same disc just to trick the store into accepting their $2 or $5, for a SD version that’s probably not even worth that much anyway). Still not as easy as ripping your own discs, but at least you do get a cloud hosted downloadable or streaming version that some may find more convenient than having to lug an external HDD around all the time.

I would never pay just so I can get a digital copy of a film I already own. I might buy the Blu-ray edition that comes with a UltraViolet copy, but I still prefer discs for the movies/shows that I like, and for the rest, I can probably rely on one of the subscription VOD services. I end up spending less on movies every year, and still end up watching more this way. Which is the way it should be.

And that’s it for the week. Have a Merry Christmas, Happy Hanukkah, or just a nice, relaxing (yeah right) few days off. See you next week, unless nothing happens during the week (a high probability).

This entry was posted on Sunday, December 23rd, 2012 at 4:25 pm and is filed under Copyright, DVD, Electronics, High Definition (Blu-ray/HD DVD/4K), News Roundup, Video Technology. You can follow any responses to this entry through the RSS 2.0 feed. Both comments and pings are currently closed.