Welcome to yet another edition of the WNR, as we approach the final straight of 2011. I’m going to have to squeeze this one out in quick fashion, because I’m currently having a bit of bother with one of my servers (the one that hosts the forum), and so my attention is needed elsewhere. I really really really hate server management. I really do.

Let’s get started with the copyright news for the week. It’s a well known fact that the current White House is very much a friend to the copyright lobby, then again, it’s hard to find a politician in Washington that isn’t, considering the fair and balanced way the RIAA/MPAA spreads their lobbying efforts. 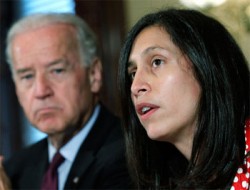 But a freedom of information request by a curious Internet security researcher has revealed just how much work the Obama administration is actually doing on behalf of the copyright lobby, helping them to get a good deal against America’s largest ISPs in the recent ‘graduated response’ deal. It appears that the newly appointed Copyright Czar, Victoria Espinel, was not only on perhaps too friendly terms with the RIAA/MPAA, but may have also neglected to involve other interested parties in the negotiations, such as consumer rights groups, until it was too late. Vice President Biden’s office has also been revealed as working hard to help the music and movie industries get the best deal, but this is no surprise because Biden’s pro-copyright views were well known before he teamed up with Obama.

So once again, we have a government elected by the people that is only looking out for the interests of private corporations, because in the end, lobbyists are more important than voters in Washington, it appears. And the most depressing thing about it all is that a change of administration won’t change things, and may actually make things worse, as the RIAA/MPAA have been clever in their lobbying, much like how Wall Street does it, by giving all major parties a piece of the pie. It’s precisely things like this that make people want to occupy streets, squares, and other public venues.

While not strictly copyright related, but you can’t rule it out, but Google’s decision this week to ban FrostWire from the Android Market has people talking. Well everyone, except Google themselves, as they still refuse to release the reason why file sharing app FrostWire was given the boot. It could be related to the recent troubles FrostWire had with the FTC, in which the FTC sued the makers of FrostWire for possible privacy violations – the crux of which is that FrostWire shares downloaded files by default, and while most people don’t mind or don’t care, the FTC thought it was problematic enough to take action. But the case has since been settled, with FrostWire long ago making the required changes to its software, including the Android version, and so Google’s recent decision is a strange one, especially as it comes almost immediately *after* the settlement of the FTC case.

But once again, the biggest criticism of Google is its lack of transparency and even basic communication. Anyone that has actually tried to reach a real person who works for Google will know how hard it is, and sometimes it’s just downright impossible. App makers are also not too unfamiliar with Google bans that defy explanation, and the only information they receive (if they receive anything at all) is some vague message about violation of the terms and conditions.

For now, the FrostWire app is still available on their website, but without a listing on Android Market, all those that purchased the app will find it difficult to update to the latest version, so the Google ban is also unfair to the more than million end users who have downloaded FrostWire so far.

And while we’re talking about Android, did you hear about the latest revelations about what Steve Jobs thought of Google’s Android? In the authorized biography that is released this week, Jobs apparently went crazy when HTC released an Android phone that Jobs thought copied too much from the iPhone. Apparently, Jobs threatened to go “thermonuclear” to “right this wrong”, even if it meant spending “last dying breath” to do so. Fortunately, from what I read, Jobs made peace with Google towards the end, and so hopefully, he didn’t spend too much time thinking about the “stolen product” Android during his last days.

This isn’t the normal sort of copyright issue I post about here though, but it just goes to shows how trivial allegations of non commercial, home user copyright abuse is, when compared to what a corporation can get up to, at least according to Steve Jobs. I don’t know if Google really is guilty in this, but I think the smartphone market is better having someone like Android competing with iOS, and it forces Apple to make iOS better as well. And with Apple’s policy of not allowing others to use iOS, someone was always going to come up with an operating system that’s  “iOS for non Apple devices”, because it’s such a huge market segment to ignore.

Getting back on track again, we also have a brewing story this week that involves the Anonymous, AiPlex and WNR. Yes, this WNR. Last week, I received an email from AiPlex asking us to remove this particular WNR edition, because AiPlex weren’t happy at the way they were portrayed in the article. But if you read the article, all it did was report on then recent events, particularly quotes published in a TorrentFreak article that appears to show AiPlex engaged in some fairly illegal denial-of-service activity against torrent websites, as part of their anti-piracy strategy. AiPlex later denied either making the quotes or alleged they were misquoted, but it was too late, and then Anonymous decided to take matters in their own hands and launched the first in a series of attacks that still continues today. Of course, most people have forgotten about AiPlex, but their latest effort to “erase history” may very well re-ignite people’s interest in the company, as apparently, a lot of bloggers also received similar messages, reports TorrentFreak.

On my part, I’ve offered AiPlex space on the WNR and in our (currently down) forum to post their version of what happened, but I’ve not heard back from them since.

In HD/3D news, it’s been a historic week for Blu-ray (well, the history was actually made a couple of weeks ago, but we’ve only just got the data now), as Blu-ray’s weekly market share went over the 40% mark for the first time ever. 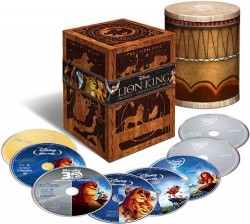 The Lion King Blu-ray was released in four separate Blu-ray+DVD combo packs, and all sales are counted as "Blu-ray only"

It was down to a bit of statistical manipulation, but it’s still a significant milestone for the format. The statistical manipulation comes from counting Blu-ray + DVD combos as Blu-ray only, and with Disney’s policy of timed exclusives for the combo version (with no Blu-ray only version, and the DVD only version coming more than a month later), all it takes is a classic re-release to push Blu-ray market share to record levels. This time, it was The Lion King that was responsible, which was released with no less than 4 distinct editions, none of which was actually Blu-ray or DVD only. The release of Fast Five also helped greatly to take Blu-ray above 40%.

Will Blu-ray push through the 50% mark this year? It could in the next few weeks, but once the real holiday season starts in December, it will be more difficult as DVD sales are high as well during this period. Blu-ray revenue, for sure, should reach record levels towards the last few weeks of December, and will probably go over the $150 million mark for weekly sales.

But the biggest threat to Blu-ray is not DVD, but perhaps web based content, as a new survey shows that 20% in the US are already enjoying web content on their primary television sets, as opposed to just on the computer. And it’s largely thanks to Blu-ray that this is the case, since Internet connected Blu-ray players have helped the likes of Netflix expand their coverage. Game consoles are probably primarily responsible, but the PS3, which is also a Blu-ray player, has been key as well. So overall, Blu-ray has been the needed Trojan Horse to get web streaming into people’s homes, and the survey conducted by Boston’s Strategy Analytics seems to show it has worked. What I found interesting was that the rate of viewing web content on TVs in Europe was much lower, 10%, and I think that has a lot to do with the lack of available free content such as that offered by Hulu, and the lack of an almost ubiquitous service like Netflix being available.

The most attractive thing about web content is probably the on-demand nature of it, as you can choose what to watch and when. And if the right content is available at the right price, stats show that people are willing to pay, and this could help fight the online piracy problem as well. And with TVs now integrating online streaming support directly, web streaming should grow considerably.

But for cinema quality HD, Blu-ray is still the king at the moment, and will be until 100 Mbps fibre connections become more common.

Not much going on in gaming, and I really need to take care of the server situation, so this is as good a place to end this week’s WNR. See you next week.

This entry was posted on Sunday, October 23rd, 2011 at 7:10 pm and is filed under Copyright, Electronics, High Definition (Blu-ray/HD DVD/4K), News Roundup. You can follow any responses to this entry through the RSS 2.0 feed. Both comments and pings are currently closed.