It’s another week here at WNR headquarters, and for the first time in a little while, we actually have some ripping related news. It’s not so much that people don’t care about ripping any more, but mainly because there hasn’t been anything new that requires a decrypting breakthrough, because DVD and Blu-ray ripping has become quite easy (and a quick glance at the piracy scene indicates that most rips come from web sources as opposed to BDrips, as web sources usually have new content arrive much earlier). Ultra HD Blu-ray appeared to be unbreakable when it first appeared, but this does not seem to be true these days (as you’ll see in the story below). Not that many people are lining up to download 50GB+ files when a 2GB looks perfectly fine.

Alright, let’s get started then. 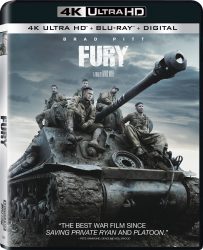 The war between pirates and movie studios has raged for almost two decades now (ever since the days of DeCSS), and the recent battles have all been about Ultra HD Blu-ray and the so called “unbreakable” AACS 2 copy protection scheme. Just to prove that there really is no such thing as unbreakable, the latest version of the copy protection scheme, AACS 2.1, has been broken only a month after it first made its appearance on the UHD BD version of the movie ‘Fury’.

AACS 2.1 was a response to the series of UHD discs protected by AACS 2.0 that were somehow ripped and uploaded online during the back end of 2017. It appeared that a flaw had been found in AACS 2.0, which while strictly not a full crack, allowed users to achieve the same result – to obtain an decrypted version of the UHD files. According to Arusoft, the company that broke AACS 2.1, the new version added an encrypted m2ts file that contained “forensic information”, and it was a simple process to decrypt the file and remove any potential tracking information (although this part is not completely confirmed).

The problem with trying to update AACS is that the bigger changes required to re-secure the copy protection scheme may cause it to be no longer compatible with existing hardware, which is why a crack or workaround, once discovered, pretty much means the end of the copy protection scheme. With Arusoft’s DeUHD software now claiming to rip more than 1100 UHD titles (up slightly from the 30 titles that DeUHD supported at launch), it seems AACS 2.x has reached the end stage of its lifecycle. 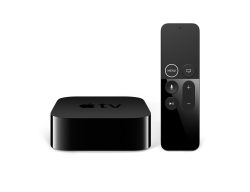 Media companies are starting to realise that having original content is more important than ever. Some non media tech companies, such as Apple and Facebook, have also realised that having original, unique content is key to keeping people “loyal” to your platform, even if media isn’t your main game. So Apple signing the Writers Guild master contract last week doesn’t really seem all that surprising, considering the company is already producing a couple of shows (including the new series of ‘Carpool Karaoke’).

The Writers Guild is keen to sign up companies like Apple and Facebook because, increasingly, these companies are producing “free to consumer” type of content that’s not quite the same as the content on pay per view or subscription networks. Having agreements in place means that in future rounds of negotiations, both sides have something concrete to point to when trying to find the most equitable terms.

Shortly following the announcement of Apple’s contract signing, Apple announced that it had reached an agreement with Oprah Winfrey’s OWN in a multi-year deal that will produce (as yet unannounced) original programming. Expect more of these types of announcements in the near future.

Righteo, we’re at the end of another WNR. Short and sweet again. Maybe minus the sweet part. See you next week.

This entry was posted on Sunday, June 17th, 2018 at 4:20 pm and is filed under Copyright, High Definition (Blu-ray/HD DVD/4K), News Roundup, Video Technology. You can follow any responses to this entry through the RSS 2.0 feed. Both comments and pings are currently closed.